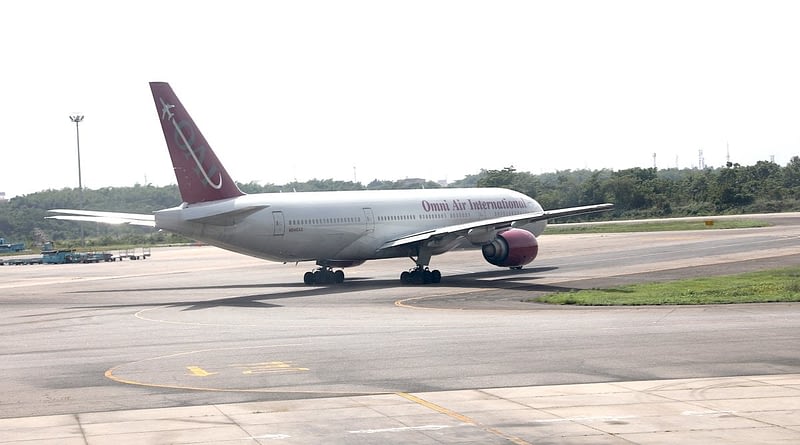 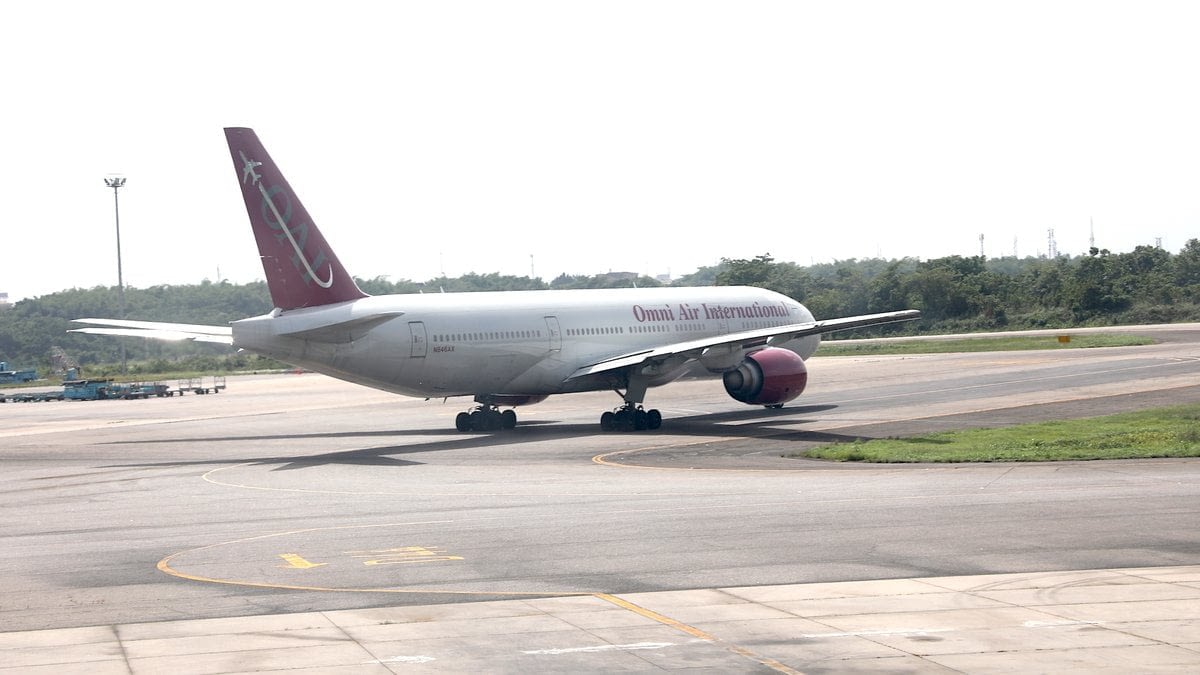 A plane carrying stranded Nigerians in the United States arrives at the Nnamdi Azikiwe International Airport in Abuja on May 10, 2020. Channels TV/ Sodiq Adelakun.

One hundred and sixty Nigerians who were stranded in the United States following the coronavirus (COVID-19) lockdown have returned to the country.

A plane carrying the returnees arrived on Sunday at the Nnamdi Azikiwe International Airport in Abuja, the nation’s capital.

The Boeing 787 Ethiopian Airlines plane touched down at the airport in the Federal Capital Territory at about 11am, hours after departing the Newark Liberty International Airport in New Jersey.

This comes as the Federal Government commences the evacuation of hundreds of stranded Nigerians willing to return home from various countries.

According to an earlier update by the government, a total of 160 Nigerians are expected back in the country on Sunday morning.They comprise 92 males, 60 females, and eight infants.

In a tweet on Sunday, the Minister of Foreign Affairs, Geoffrey Onyeama, confirmed that 160 Nigerians have returned safely to the country.

2020 Meanwhile, the government stationed five luxury buses and a coaster bus at the airport to move the returnees to isolation centres as soon as they disembark from the plane.

The exercise was conducted by the health and airport officials among others on the ground to receive the returning travellers.

On disembarking from the plane, the returnees claimed their luggage right outside the plane before they boarded designated buses at the tarmac and were driven away.

They are to go into isolation for 14 days to be tested for COVID-19, while the passports of all 160 passengers were kept with the Nigeria Immigration Service for the period.

Their arrival comes two days after the government evacuated 253 Nigerians also stranded in the United Kingdom.

The British Airways plane carrying the evacuees arrived at the Murtala Muhammed International Airport in Lagos on Friday afternoon.They were later airlifted to Abuja where they were taken into isolation to determine their COVID-19 status. 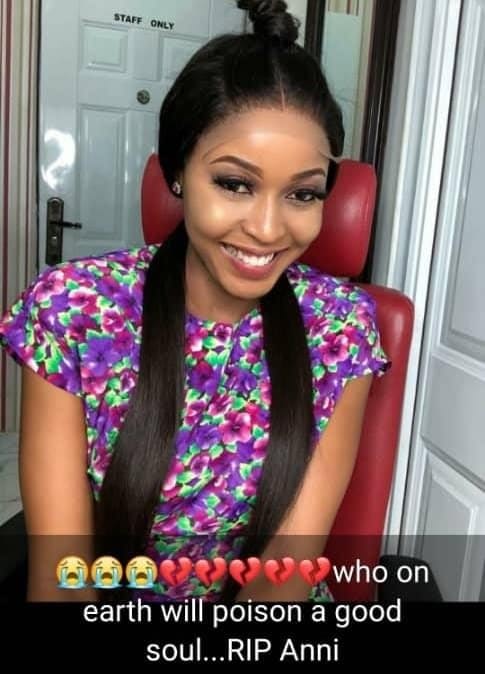 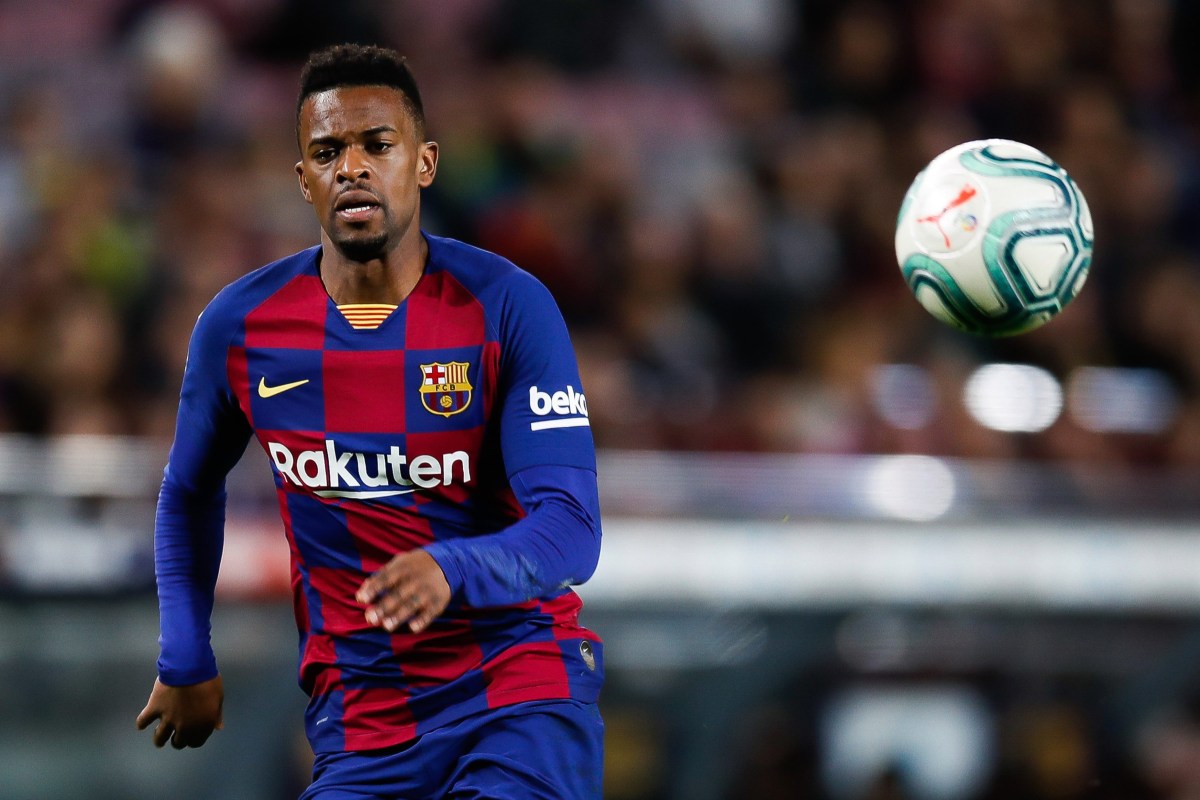 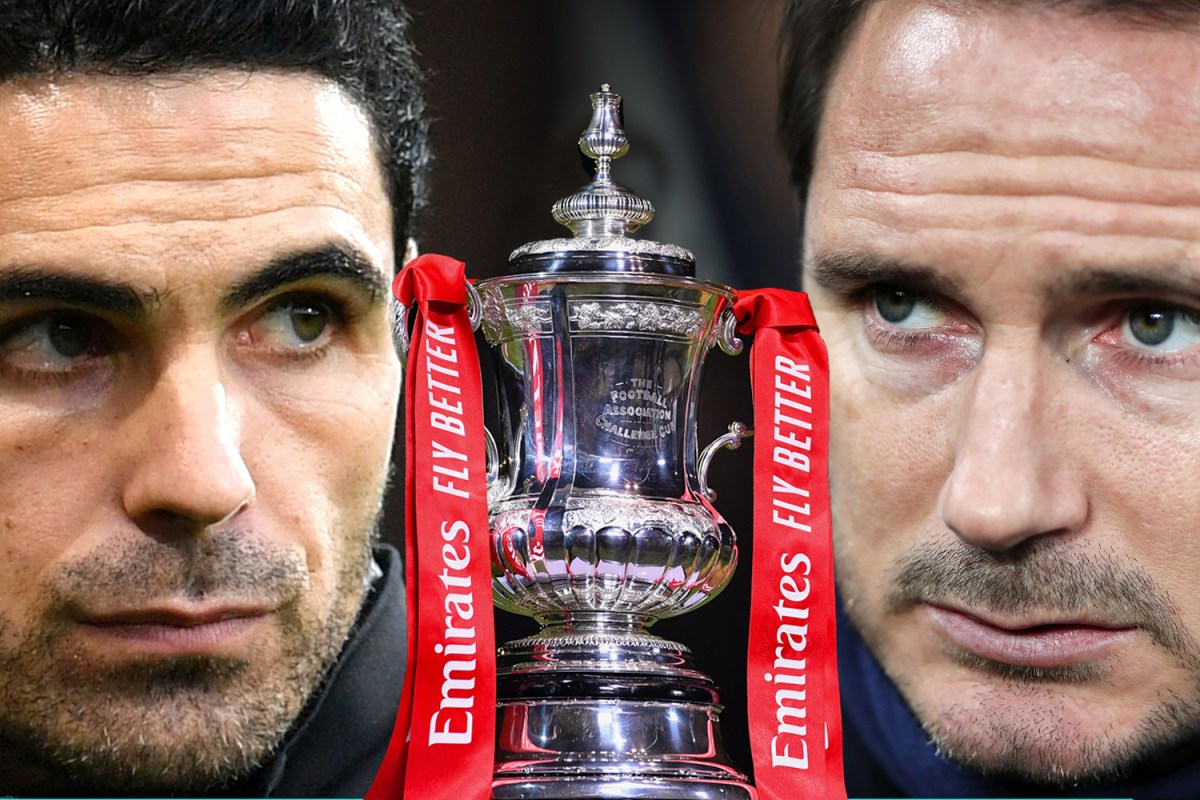