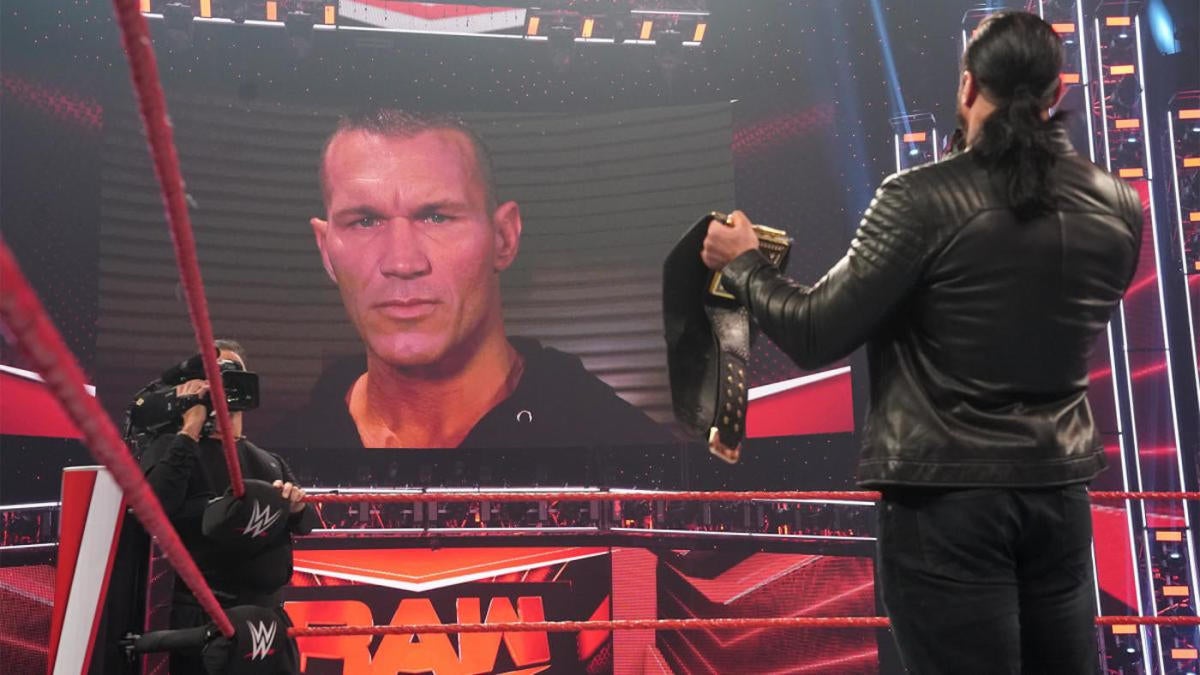 For more than two decades, Hell in a Cell has represented one of the most brutal match types in WWE. On Sunday, Oct. 25, the annual Hell in a Cell pay-per-view takes place, and it’s sure to bring some of that trademark violence to the demonic structure. Traditionally, two to three matches take place in the Cell at the yearly event, with 2016 and 2009 as the only two editions of Hell in a Cell that saw three of the eponymous matches take place. In 2012, only a single match — Ryback vs. CM Punk — took place in the Cell.No matches have been made official for the 2020 edition of the event, but current storylines and recent months of television do allow us to make some educated guesses about what will go down inside the ThunderDome at Orlando’s Amway Center. The pay-per-view is expected to begin at 7 p.m. ET following a kickoff show at 6 p.m. The event will be available to stream live on WWE Network.2020 WWE Hell in a Cell cardNo matches have been officially announced for the event.2020 WWE Hell in a Cell predictionsWWE Championship — Drew McIntyre (c) vs. Randy Orton (Hell in a Cell match): It seems clear that after a match at SummerSlam and an Ambulance Match at Clash of Champions, the issues between McIntyre and Orton are still not settled. Orton has said he won’t stop coming after McIntyre until he is champion, and if they must face off for a third time, having the action go down inside Hell in a Cell is the only way to continue to amp up the danger.

SmackDown Women’s Championship — Bayley (c) vs. Sasha Banks (Hell in a Cell match): It’s entirely possible WWE doesn’t want to pull the trigger on a major stipulation match between the two women yet, but after brutal attacks by Bayley and some return fire from Banks, putting the two in the Cell gives the right level of intensity to one of the hottest matches available across both Raw and SmackDown. Bayley has no other actual challenger established on SmackDown currently, outside of continuing a stay-busy story with Nikki Cross.Dominik Mysterio vs. Seth Rollins vs. Murphy: Murphy seems ready to break away from Rollins, especially after Rollins stole his cell phone and shared text exchanges between Murphy and Aalyah Mysterio. Of course, Dominik was already furious with Rollins and is now even more furious with Murphy. With the three sides all having issues, and Rey Mysterio still sidelined, a triple threat match only makes sense.

Kevin Owens vs. Aleister Black: Owens and Black have clashed a few times on Raw after Black’s heel turn, but none of those matches have seen a result that felt particularly satisfying. Black still has put a target on Owens, placing blame on KO for not being there to save his eye months ago, and it’s unlikely this feud can find any closure before the two face off in at least one pay-per-view clash. The two men could put on a thrilling Hell in a Cell match, but they haven’t been featured as a top-level feud worthy of the stipulation.

Dirty John season 3: Everything we know so far for USA Network and Netflix