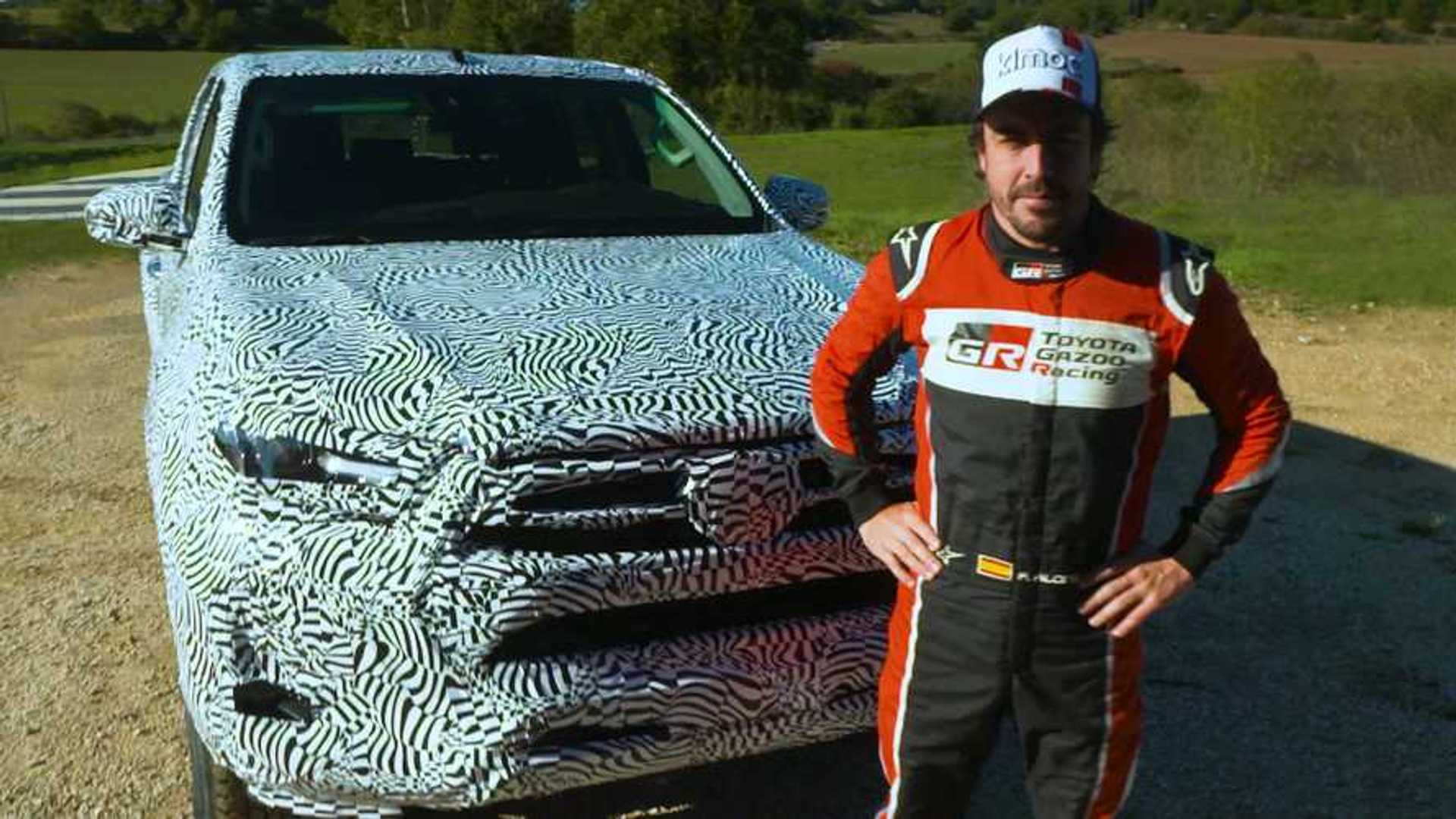 While preparing for Dakar, the two-time Formula 1 champion had the opportunity to take the road-going Hilux out for a spin in the facelifted guise. Ahead of a full reveal scheduled to take place later this week, Toyota’s indestructible truck is being previewed in a teaser video announcing a newly developed 2.8-liter engine with more power.

In its current specification, the four-cylinder turbodiesel unit offers 174 horsepower (130 kilowatts) and 450 Newton-meters (332 pound-feet) of torque when equipped with the automatic transmission. With the manual gearbox, it offers the same amount of horsepower, but torque decreases to 420 Nm (310 lb-ft). The 2.8-liter engine came out back in 2015 to replace the larger, but less powerful 3.0-liter, and now it appears Toyota will increase the output numbers once again.
Aside from getting an upgraded engine, the 2021 Hilux will also benefit from revised suspension geometry. That’s all Toyota is willing to say for the time being, but a leak from mid-April revealed the truck’s updated exterior design in full. The immensely popular pickup will get a Tacoma-inspired look with more modern LED headlights and taillights, along with fresh alloy wheel designs and new colors.

We’ve been hearing rumors of a GR Hilux performance version with a potent V6 diesel. We’ll believe it when we’ll see it, but it’s worth mentioning Toyota trademarked the model’s name earlier this year, thus hinting at a Ford Ranger Raptor rival.

World champion driver Fernando Alonso had an early chance to experience the new Toyota Hilux, giving the latest version of the legendary pick-up a rigorous test drive during his preparations for the 2020 Dakar Rally. Alonso and co-driver Marc Coma were able to push the new model to the limit, alongside their driving duties in their rally-raid-spec Toyota Gazoo Racing Hilux.
The latest version of the “indestructible” Hilux is equipped with a new 2.8-litre powertrain and benefits from revised suspension geometry to maintain its reputation for world-class quality, durability and reliability.
Following the test on a gravel and dirt special stage, Alonso said: “Hilux is an icon and I’ve always been a fan. It was good to test the new Hilux in a challenging environment and to push it to the limits. The new engine behaves well and the new suspension feels great. Even when you push it, the comfort is still there.”
The test was conducted in collaboration with the rally team in the spirit of Toyota Gazoo Racing’s core philosophy of helping make “ever-better cars.”
Alonso and Coma brought exceptional experience to the task. Alonso is a two-time Le Mans 24 Hours winner and reigning FIA World Endurance Championship title holder with Toyota Gazoo Racing, two-time Formula 1 World Champion and winner of the 24 Hours of Daytona. Coma is a five-time Dakar Rally winner in the motorbike class and six-time FIM Cross-Country Rallies World Champion. Their first Dakar entry as a pairing resulted in a creditable 13th place finish earlier in 2020.
Further details about the introduction of the new Toyota Hilux will be announced shortly.

Medical Radiation Detection, Monitoring, and Safety Market worth $1,207 million by 2025