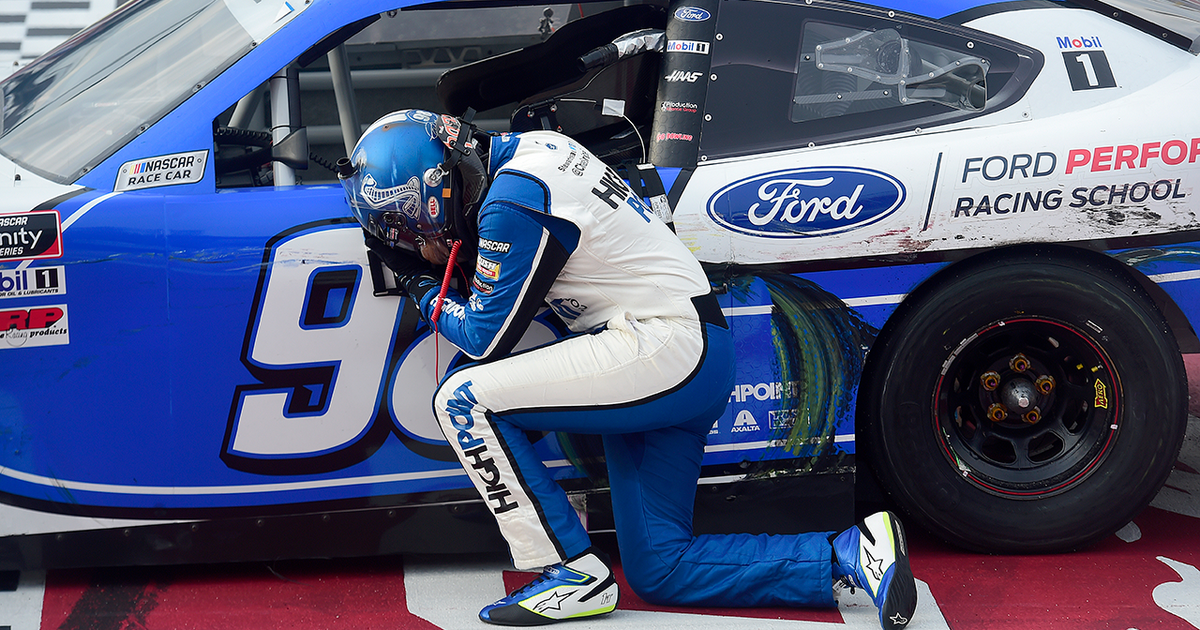 Chase Briscoe thought he was going to miss one of the most exciting days of his life Tuesday when his wife had a doctor’s appointment to hear their daughter’s heartbeat.
Briscoe’s wife, Marissa, was on FaceTime with her husband while at the doctor’s office so he could be part of the happy moment.
There was no heartbeat.

A devastated Briscoe spent the rest of the day in his motorhome, not seeing his wife until he got home about eight hours later after the Xfinity Series race was postponed because of rain to Thursday.
Two days later, the Stewart-Haas Racing driver out-dueled Kyle Busch in capturing the win at the Toyota 200.
Briscoe climbed out of the car and sobbed.
“The biggest day of my life after the toughest day of my life.”- @ChaseBriscoe5 after holding off Kyle Busch to win at Darlington. pic.twitter.com/EDSvtNi7AG
— FOX Sports (@FOXSports) May 21, 2020

“It’s unfortunate what we were dealt, but we felt like God did it for a reason,” said Briscoe, who posted an emotional note on social media Wednesday announcing they had lost the baby. “We felt like using our platform to help others through it down the road might be what our calling was. That was why we did it, and obviously now, it’s truly a miracle.
“That’s the only way I can put it. It definitely makes more sense now. It still doesn’t make it any easier, but definitely makes a lot more sense.”
Yesterday was the hardest day of my life. @MarissaBriscoe_ and I heard the worst news any soon to be parent could hear… That we wouldn’t be welcoming our daughter to the world on December 1st. I know God has a plan and we may not understand it but we seek Him and trust Him. pic.twitter.com/71uLSeQdsP
— Chase Briscoe (@ChaseBriscoe5) May 20, 2020

After the win, Briscoe was again on FaceTime with his wife and was looking forward to seeing her in a couple of hours.
“This is still really serious for us and we’re struggling right now,” Briscoe said. “It kind of works out that we’re close to home.
“Today was really hard just because I was gone all day and then Tuesday when we found out I was two hours away and couldn’t get home. It doesn’t make it any easier, but definitely is a nice touch.”
Chase Briscoe says he is humbled by the reaction of the NASCAR community to his wife after losing their daughter who was due to be born in December. pic.twitter.com/jA0TQld9aK
— Bob Pockrass (@bobpockrass) May 22, 2020

Busch could relate to Briscoe’s sorrow. Busch and his wife, Samantha, have battled infertility and Samantha lost multiple babies last year but did not speak publicly about it until Busch’s championship speech in December.
“It wasn’t more difficult to get in the seat – it was more difficult with the world still going on around you and we weren’t quite as open about it at that particular time,” said Busch, who seemed noticeably more irritable at times last season.
“Nobody really knew what was going on or what we were going through but had all their own opinions about what was happening and what was going on, so that was pretty disrespectful.”
Samantha Busch did talk Wednesday to Marissa Briscoe. The Busch’s foundation helps fund couples’ in vitro fertilization process in hopes those battling infertility can have children.
“It meant a lot,” Chase Briscoe said. “Samantha is as close to what my wife can relate to. Both husbands do the same thing. … They had it even worse than we did. We were able to get pregnant fairly quick and they struggled to be able to do that.
“It was really good for my wife to talk to Samantha.”
Briscoe never considered not racing Thursday.
❤️❤️❤️ https://t.co/CrdR3A7yeV
— Darlington Raceway (@TooToughToTame) May 21, 2020

“I knew that in the car would probably be the best therapy, but I didn’t know really how my reaction was going to be,” Briscoe said. “Truthfully, in the whole race I was kind of out of it, for sure the last 50 laps emotionally.
“I was kind of all over the place. … It was a blessing in disguise that it rained Tuesday and I was able to get a couple of days at home.”
While it was a classic race between Briscoe and Busch at the end, Briscoe might need to go look at a replay to remember it all.
“God was driving the car the last eight or nine laps,” he said. “I was emotionally a wreck, all over the place. I don’t even really remember to be honest with you.” 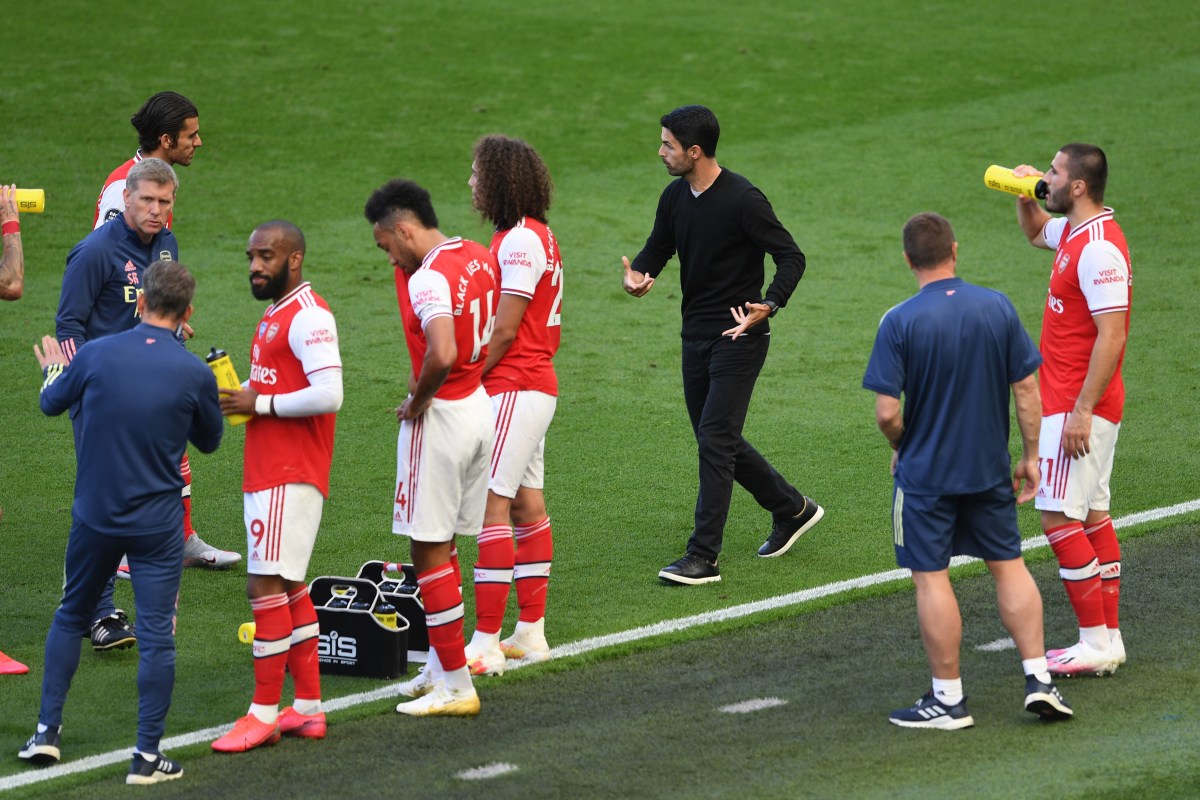 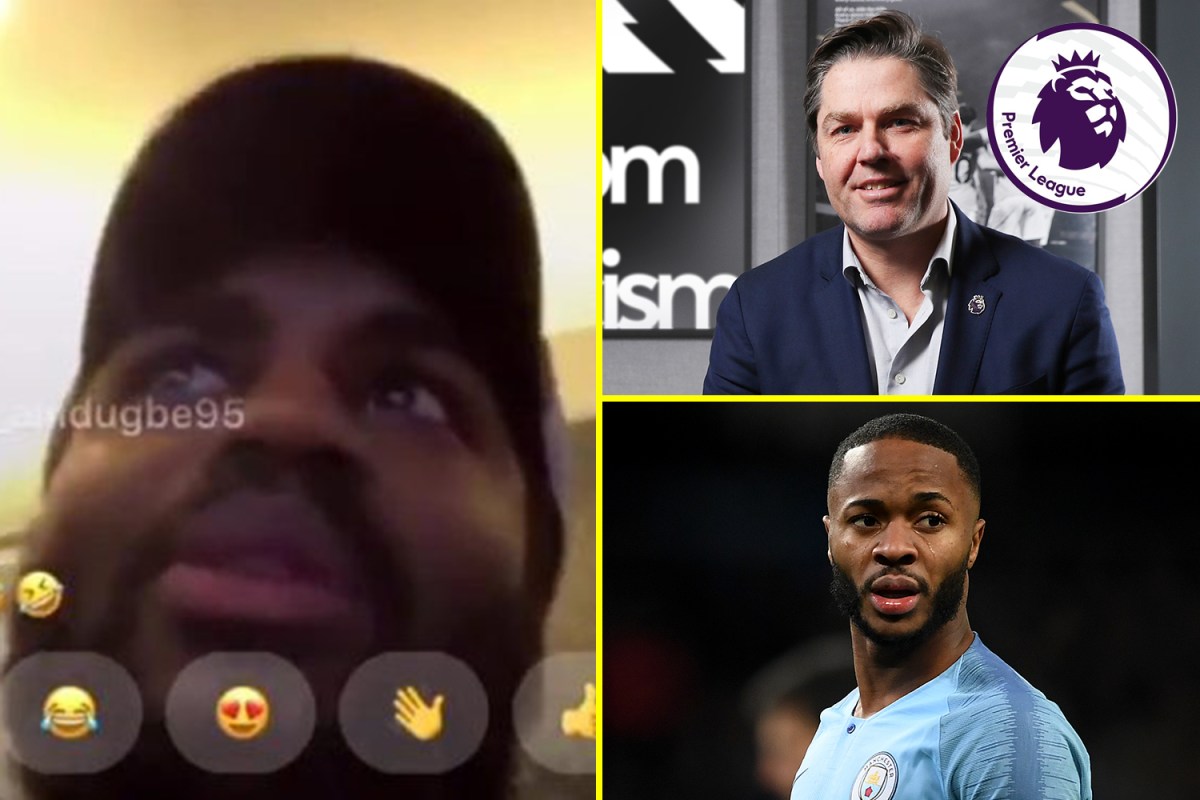 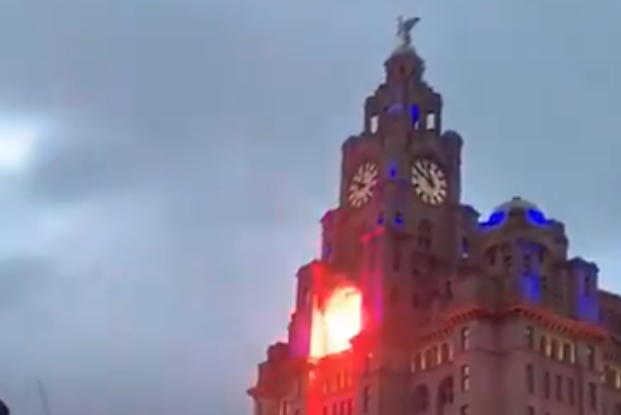