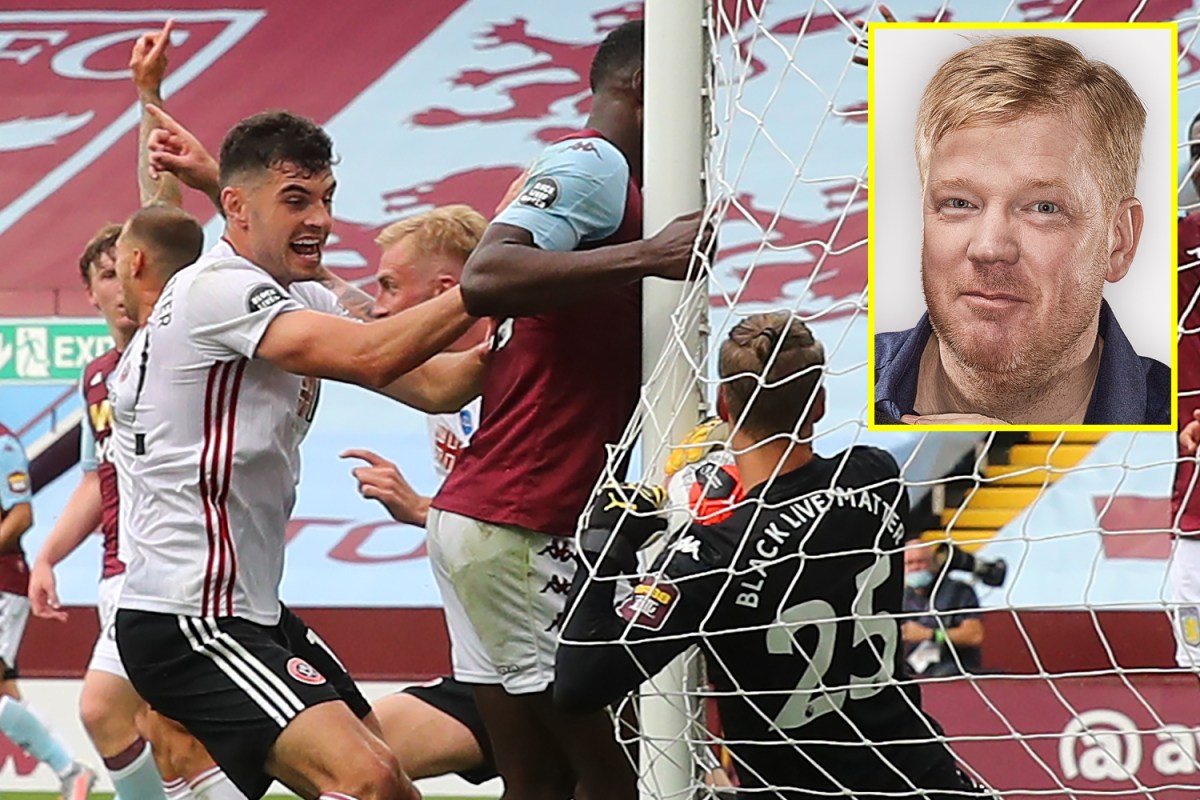 Adrian Durham blasted Michael Oliver and Premier League officials for their failure to award Sheffield United a seemingly perfect goal during their match against Aston Villa. The highly anticipated return of the Premier League was marred by controversy within just 42 minutes when the usually reliable HawkEye goal-line technology failed to recognise that the ball had crossed the line following a free-kick from Blades midfielder Oliver Norwood. Norwood’s delivery caused Villa keeper Orjan Nyland to collide into his teammates and drag the whole of the ball across his own goal line in the first-half of the 0-0 draw. Sky Sports Villa keeper Nyland clearly crossed the line while holding the ball but the goal wasn’t given But referee Michael Oliver did not give the goal as his watch did not notify him about the ball crossing the line, much to Blades boss Chris Wilder and his players’ bemusement. And talkSPORT host Durham has berated the official and claimed he had to use a degree of common sense to award the goal to the visitors. “I am sick of this, honestly. Michael Oliver – use your brain!”, ranted Durham. “The technology has messed up; use your brains, go and have a look and you’ll see it’s a goal. “It’s ridiculous. latest Luiz’s agent gives update on Arsenal future, Chelsea confirm £48m Werner deal gossip Chelsea news live: Blues confirm Werner signing, Sporting wonderkid targeted, update Luiz’s agent says Arsenal defender’s future will be resolved this week DEVILS NEWS Solskjaer praises Man United’s ‘fantastic’ Rashford and assesses Spurs threat gossip Arsenal news live: Luiz contract update, Arteta explains Ozil absence gossip Man United transfer news live: Bailey to cost £40m, plan to sign Sancho revealed MIDDLING Villa must change star’s position or condemn themselves to relegation never again Ex-Premier League ref gives damning verdict on Sheffield United ‘ghost goal’ Disbelief Gary Neville ‘staggered’ by Arsenal’s rushed travel plans before Man City defeat GERM WARFARE How Chelsea could look with ‘Zidane-like’ ace and ‘perfect modern forward’ “How can they have spoilt the return of football? Dear me. ”Nil-Nil. Villa playing Sheffield United. The Blades should be one-up.” Following the match, Hawk-Eye explained that all of its seven cameras were unprecedentedly blocked and issued an apology to Sheffield United, but with hundreds of other cameras able to show the whole ball over the line, Chris Wilder found the mistake difficult to accept. Getty Images – Getty Wilder was rightly fuming that the goal for his side was not awarded He said: “I’m not surprised, things have gone against us and this tops the lot! “We can’t be getting those decisions wrong, and yet again it’s happened to Sheffield United. “I was stood in the rain for about half-an-hour at Tottenham’s ground in February, waiting to decide if John Lundstram’s big toe was offside or not – and supposedly the right decision was made. “Well, the right decision has certainly not been made today.” Watch a clip of Adrian Durham on talkSPORT, above…,
TalkSport 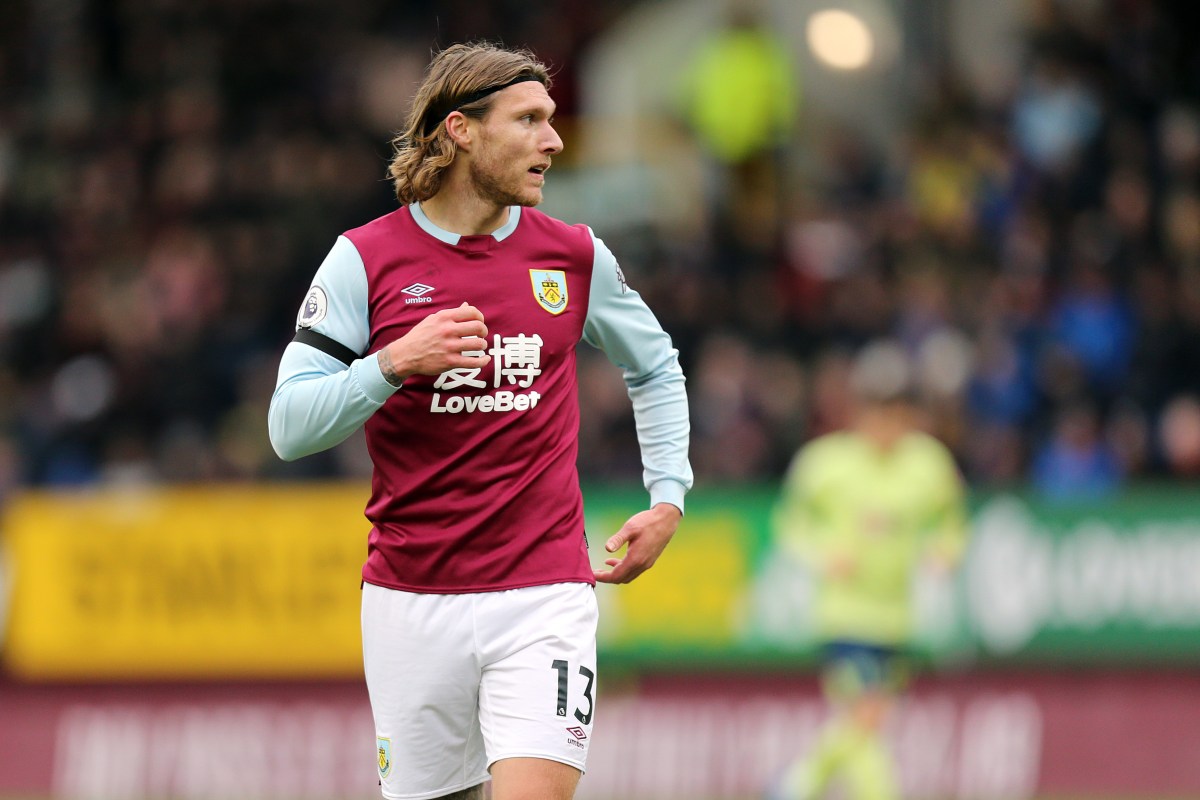 Newcastle to sign former Burnley midfielder Jeff Hendrick on a free transfer, deal set to be completed this 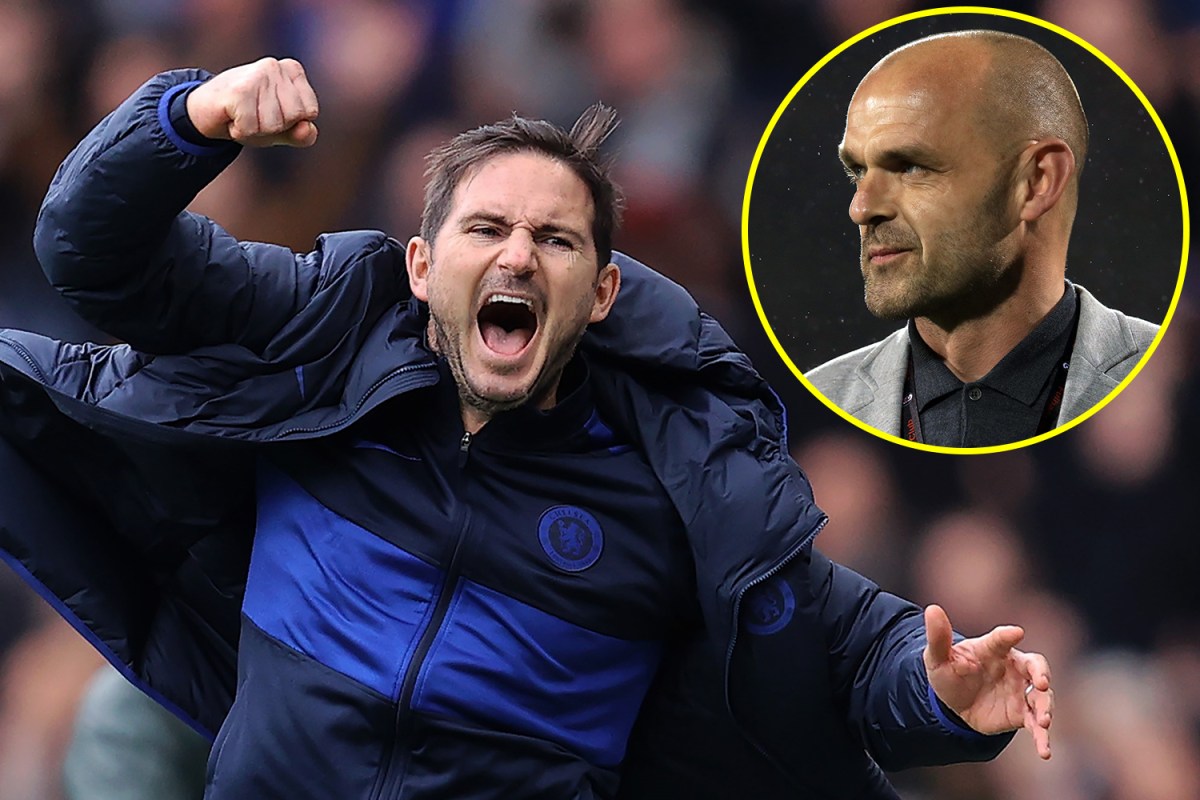