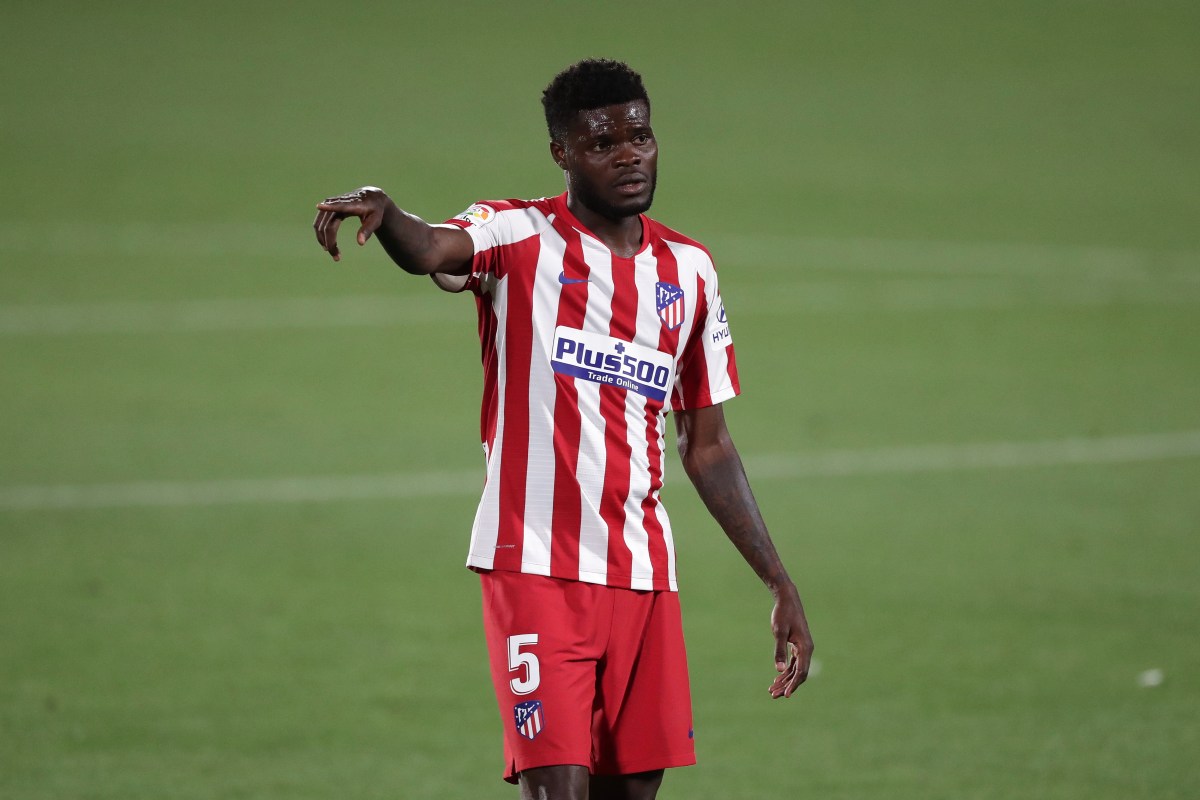 Nigel Winterburn wants Arsenal to prioritise signing Thomas Partey over Houssem Aouar. The Gunners have been heavily linked with big-money moves for both players throughout the summer. Getty Images – Getty Partey was a substitute in Atletico Madrid’s 6-1 opening day LaLiga win over Granada on Sunday Atletico Madrid midfielder Partey has a £45million release clause, while Lyon value Aouar at around £50m. The Gunners had a £32m bid rejected for Aouar, but are expected to submit an improved £36.5m offer, plus £9m in add-ons, this week. Winterburn, who won three league titles with Arsenal between 1987 and 2000, is pleased to see his old club linked with such high-profile players. “I’ve said for the last two seasons, that the Arsenal squad needs to be changed and refreshed,” he said. “Mikel Arteta has come in, he’s addressed the defensive issues, and by considering Houssem  Aouar and Thomas Partey it looks like he’s starting to address the problems in midfield as well. “Arsenal’s big issue is that they’ve got so many midfield players, they probably need to offload some before they can bring more in. “However, players like Thomas Partey and Houssem Aouar are players that I’m pleased to see Arsenal linked with. They are different types of players that can bolster a midfield.” AFP or licensors Aouar has been one of Arteta’s top transfer targets While Winterburn is impressed by Aouar’s quality, he believes Partey is a much more needed midfielder for Arsenal. The former England left-back told Free Super Tips: “I really like Partey because he is quick, solid and powerful off the ball as much as on it. “There have been times in the past when Arsenal fail to break things down because of the pace of other teams on the counterattack, which is something that Partey could come in to do. “He takes the ball in tight situations and has the power and the ability to go past the opposing midfield players. “Once you start to eliminate in this way as Partey does, you tend to open space in and around the opposition’s defence. “With Arsenal’s pace up front, they can take advantage of this and cause some damage. Mikel Arteta is not totally happy with the midfield that he currently has and looks like he wants to change it up. CONFIRMED Man City hope they have Kompany replacement at last as £62m ‘leader’ Dias signs clash Lampard and Mourinho explain touchline row as Jose offers advice and Frank has ‘fun’ RELAXED New handball rule ‘to be softened’ in Premier League after penalty outrage news Jose and Lampard explain row, Jovic or Cavani to Man United, City’s Koulibaly gaffe Caught short ‘Nature was calling’ – Dier and Mourinho joke as toilet named man of the match Goss Arsenal news live: Lyon already pushing for Aouar sale, two fringe players to be sold goss Man United news: Winger who rejected Liverpool available for £45m, Telles deadline set Bold The Fernandes and Pogba ‘problem’ that will see Man United struggle in title charge spot kicks Mount only player to miss in dramatic shootout as Spurs win Chelsea cup clash transfer Leicester agree deal to sign teenage defender also wanted by West Ham “As always with Arsenal it takes a long time to get things done. We’re just going to have to again wait and see, but I don’t believe that Arsenal have the money to bring them both in. “Also, when discussing ideal signings, we forget to consider whether those players want to join Arsenal, and that’s the most important thing. “So, we’ve got to wait and see, but my preference of the two would be Thomas Partey.”,
TalkSport 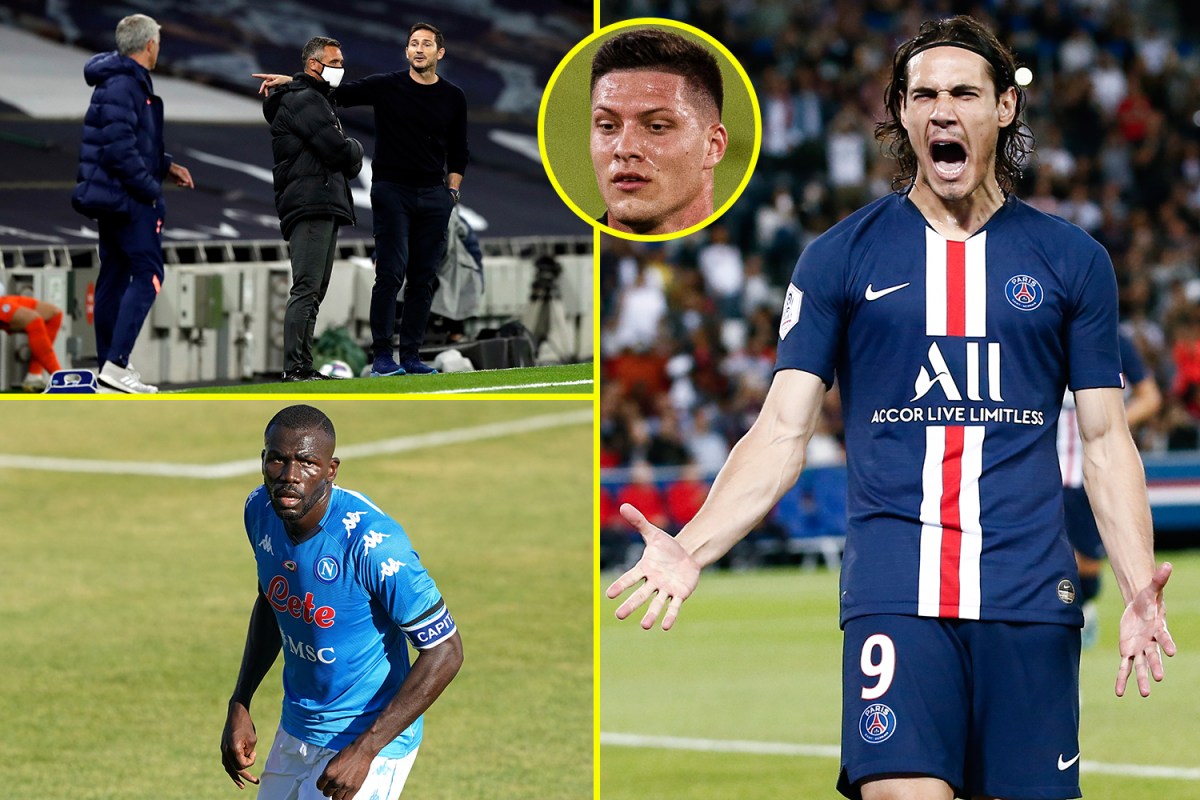 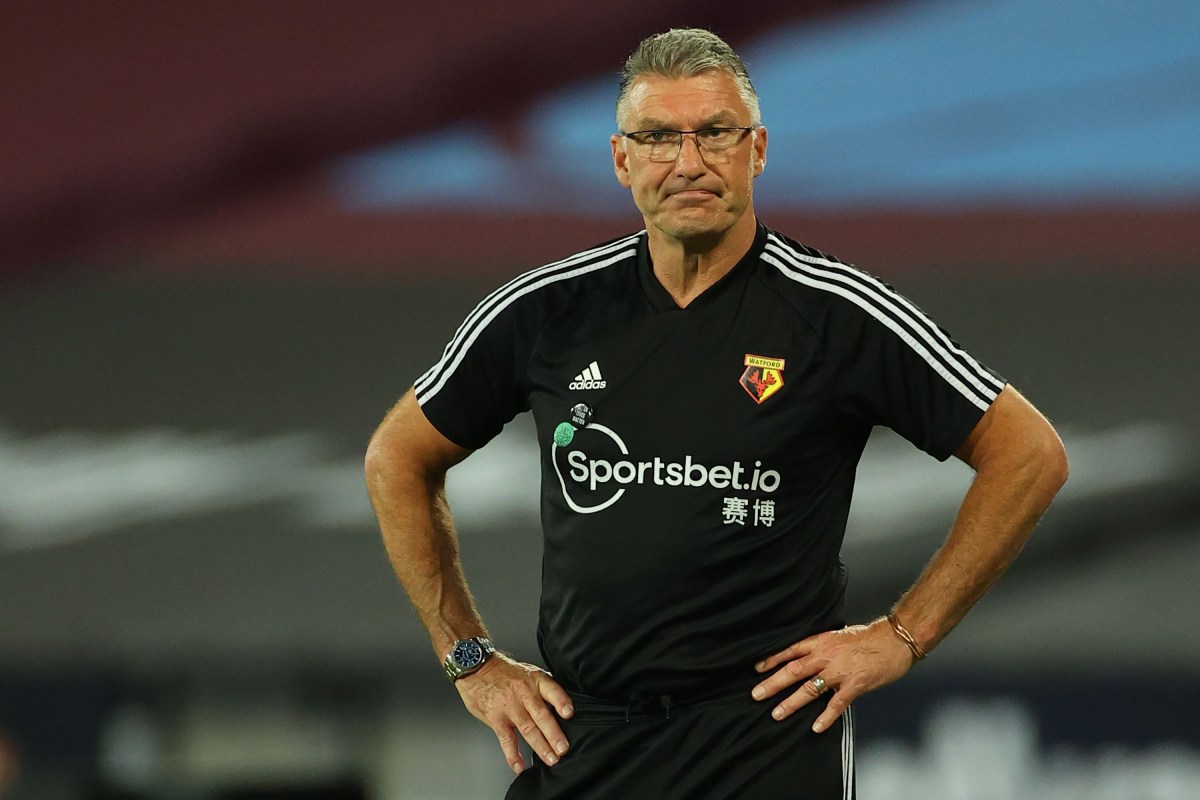 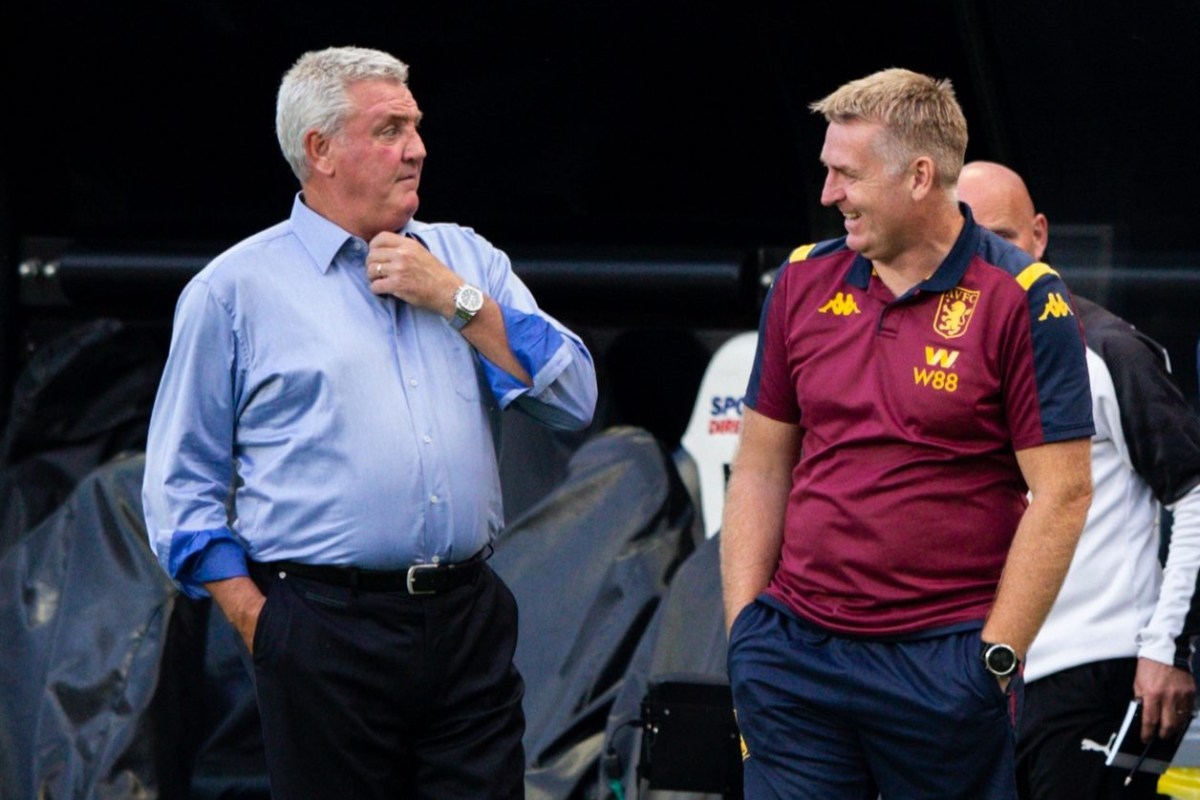