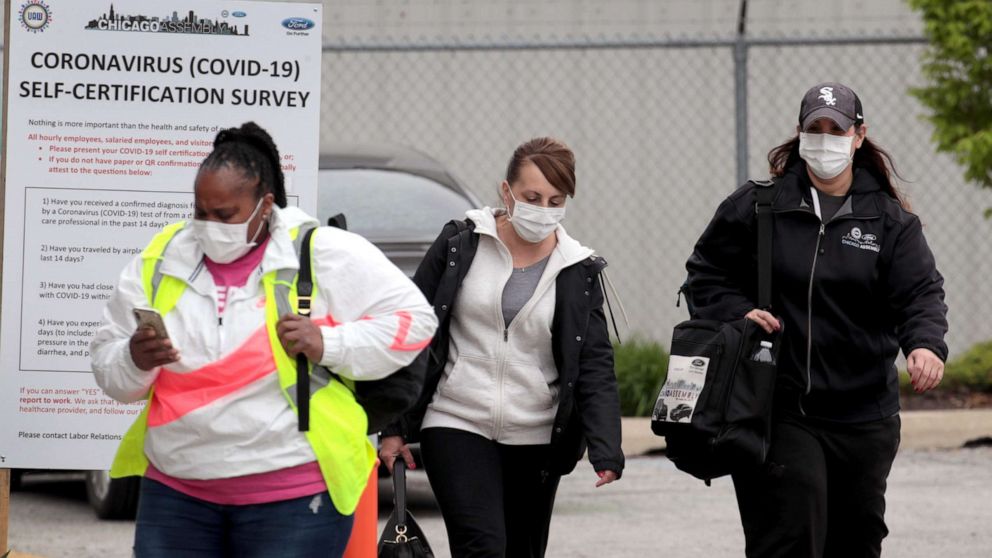 Mark works for a Denver-area company that handles medical billing. In mid-March, he said he and his co-workers were told they would work from home as per the local stay-at-home COVID-19 mandate. Mark said he was also told by the manager that they had ways of monitoring their time and productivity as they worked from home with a program that had been installed on their work-issued laptops.
While Mark and his co-workers were also monitored while working on-site prior to the novel coronavirus outbreak, remote monitoring is creating some unforeseen issues, he told ABC News.

Since the employees on his team have been working from home, “about four or five people have been terminated” for what he assumes is a lack of production, he said. Because fewer people are going to the doctor, Mark said fewer claims need to be processed, so it’s hard for the employees to hit their daily claims quota.

“It can be kind of annoying, especially since we still have a production number to fill,” Mark — a pseudonym he asked to be used out of fear of retaliation — said. The company has not adjusted its quota during the pandemic, he said.

ABC News could not independently confirm the quota, and the health care system in the Midwest state Mark works in has not responded to a request for comment.

However, in addition to being monitored for productivity, privacy advocates say Mark and the estimated 62% of Americans now working from home during the pandemic, face other concerns as more employers adopt surveillance technology to keep tabs on remote workers. Among some concerns, they say, is the intrusion of monitoring technology into private homes and even into employees’ health information.

One recent business survey from ActivTrak, one of the leading makers of monitoring software found that more than 98% of small and medium-sized business respondents now have a remote workforce and that ensuring productivity is a top concern.

Brad Miller, the CEO and chairman of Awareness Technologies, the parent company of InterGuard, another market leader in employee monitoring software, told ABC News he’s seen three to four times growth in the company’s customer base since COVID-19’s spread in the U.S.

Monitoring technology is not new. This technology has been in use for years in everything from email security systems that log an organization’s inbound and outbound email to sensors on delivery trucks that track drivers locations and speeds.

Yet, it is getting more sophisticated with data analytics, cloud platforms and other technology advancements.

Teramind is software that offers several employee monitoring features. As with many monitoring tools, it can be installed without a user even knowing, although the company urges transparency on its website. With Teramind, an employer can monitor emails, applications, instant messages, keystrokes, social media usage and more on an employee’s computer.

InterGuard allows employers to take screenshots and record activity on an employee’s machine in addition to a host of other monitoring capabilities.

“You used to go into the office — you had a supervisor or manager who could see what time you came in, what time you left, whether you are generally working or not,” said Miller.

InterGuard, Miller said, allows employers to “reclaim some visibility” of what an employee does during the workday.

He said most of his customers are using the software “in the context of, ‘Can I confirm that you started working at 9, you stopped at 5, and you are generally working in applications like Excel, PowerPoint, Word, email’ — things of that nature.”

And of course, with the rise in videoconferencing, employers have virtual access into employees’ homes. Many employers are hosting mandatory virtual meetings, which can result in an employee’s children and other household members being caught on camera.
Privacy concerns
Many critics of so-called snooping software also call it “tattleware” — a phrase actually used in the computer security industry since the ’90s — and they say it’s raising privacy concerns.

“How much privacy is an employee entitled to in their own home?” said Ifeoma Ajunwa, professor of labor relations, law and history at The ILR School at Cornell University. “A lot of these emerging technologies can seem really useful for employers and, of course, there is an employment interest in monitoring workers, and legally we have to consider that interest as a business interest.”
“On the other hand,” she added, “we have to weigh that against the employees’ interest in maintaining privacy. And unfortunately, the COVID situation actually makes that privacy interest heightened because now the employee is no longer working in the workplace, they’re actually working from the home.”

Software that records what happens on a computer may be particularly fraught.

If software is “monitoring your screen at any given time” and “you’re checking your bank information or opening an email from your doctor” that’s sensitive financial or health information that could be recorded, said Alexandra Claudia Mateescu, a researcher at Data & Society, an independent nonprofit research organization that studies social implications of data-centric technologies and automation.

Privacy advocates believe monitoring employee health is likely to ramp up as states begin lifting restrictions on business closures and stay-at-home orders.
One company, LiveSafe, recently launched an app, WorkSafe, that lets businesses track employee health data in real-time. Through the mobile app or a browser, companies can require employees to self-assess their health and then the company can determine if an employee is OK to come into the workplace.

Most customers use WorkSafe to push the self-check assessment questions the Centers for Disease Control and Prevention has on its website, said Carolyn Parent, COO of LiveSafe.

“Our whole idea, before people even leave their home: Can we find a way to get them to self-check?” Parent said.
New ‘workplace normal’ or overreach?
There’s some thought that employee surveillance extending into the home and detailed health monitoring may just be part of the “new normal.”

Data privacy laws vary by state. California has the most stringent data privacy protection in place. But there are no federal laws directly addressing or limiting employer surveillance of workers according to Ajunwa and her co-authors, Kate Crawford and Jason Schultz, as they reported in a 2017 whitepaper titled “Limitless Worker Surveillance.” In it, the authors assert that protection of workers’ privacy is a civil rights issue.

Questions also surround the limits of surveillance. For example, while most employers are mainly interested in monitoring employees during office hours, the nature of surveillance software could allow them to constantly monitor an employee’s activity on whatever devices onto which the monitoring software is installed.

Monitoring health data could allow employers to store employee’s health information, although Plant said most customers using WorkSafe choose not to do so.

Some say such extensive monitoring is unnecessary.

“Employers are always free to — and should — evaluate the work product produced by employees. But you don’t have to surveil someone’s every move or screenshot their computer every five minutes to do so. That’s monitoring the inputs. Monitor the outputs instead, and you’ll have a much healthier, saner relationship,” David Heinemeier Hansson, co-founder of Basecamp, a project management platform, and the creator of the Ruby on Rails web development software, wrote in an email to ABC News.

Employees’ right to privacy “is being grossly violated by surveillance applications,” Heinemeier Hansson added. “When people feel like they’re trusted to do good work, they actually tend to deliver just that. The irony of setting up such invasive surveillance regimes is that it’s causing the distrust and motivation to goof off and beat the very systems that were set up to catch such behavior.”

In February, before most Americans knew much about the COVID-19 outbreak, Ajunwa spoke before the U.S. House of Representatives Committee on Education and Labor.

During a hearing on “The Future of Work: Protecting Workers’ Civil Rights in the Digital Age,” she urged Congress to protect workers’ privacy, stating that technology has created a “quantified worker” subject to the whims of an employer.

“Just because the technology exists doesn’t mean that it’s ethical for you to actually engage with that technology,” Ajunwa said.
,
ABC News 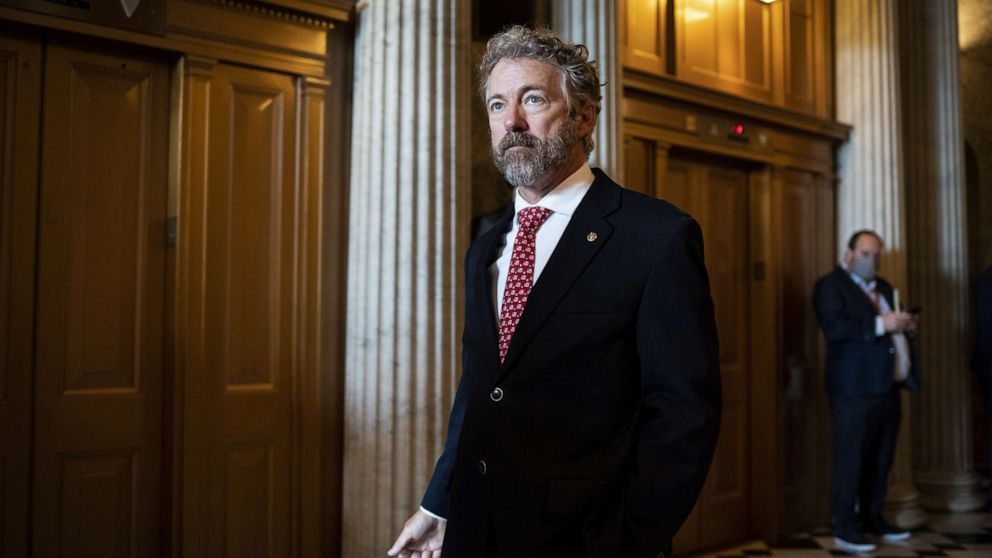 Lynching is not a federal crime in the US, Sen. Rand Paul stands in the way 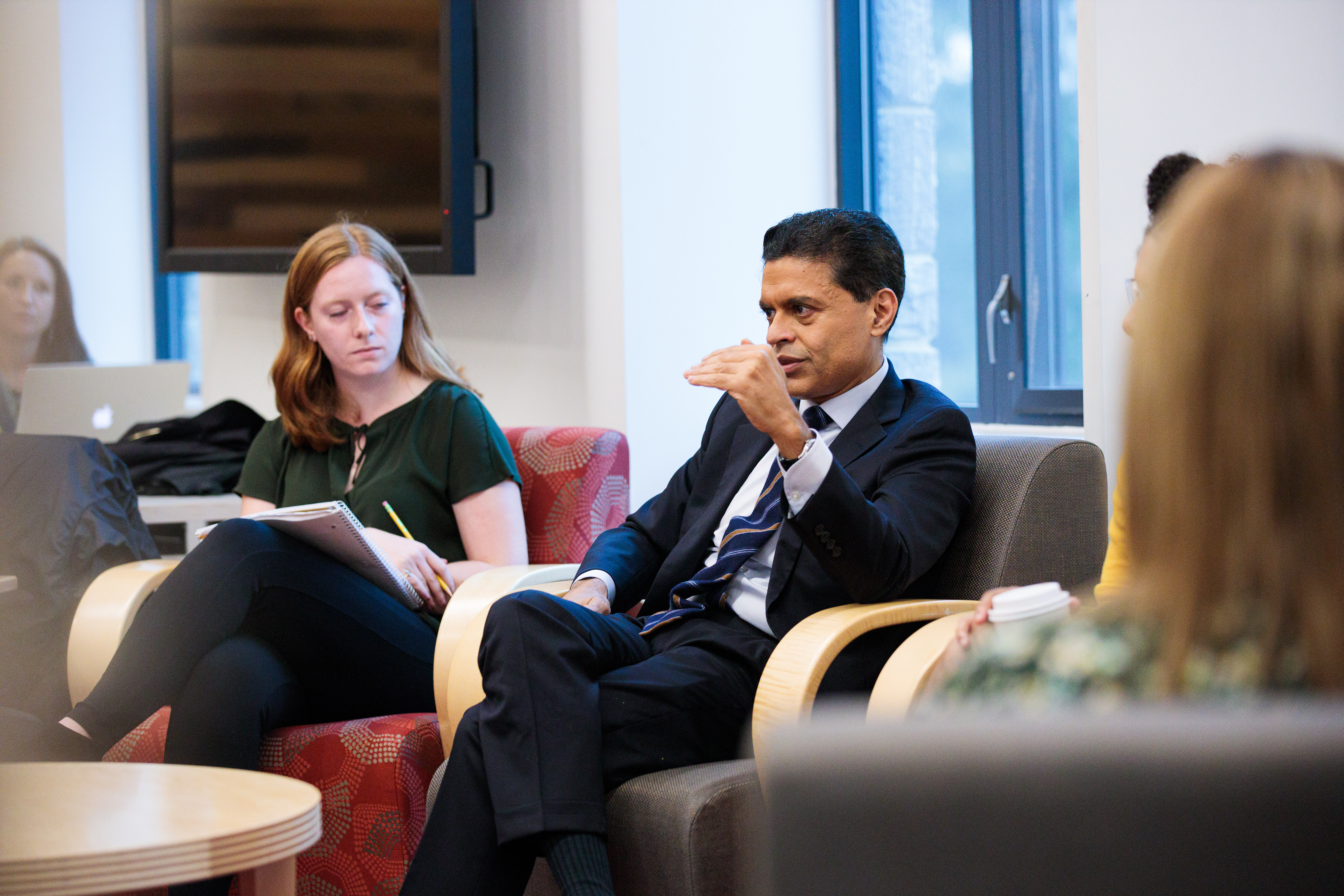 CNN’s Fareed Zakaria: The US has abandoned this crucial role during the coronavirus – CNN Video 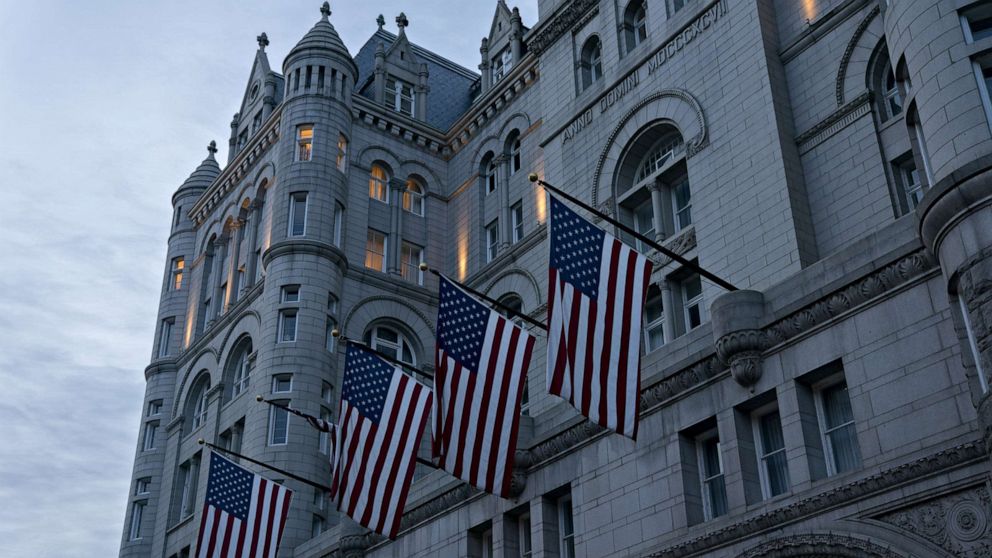