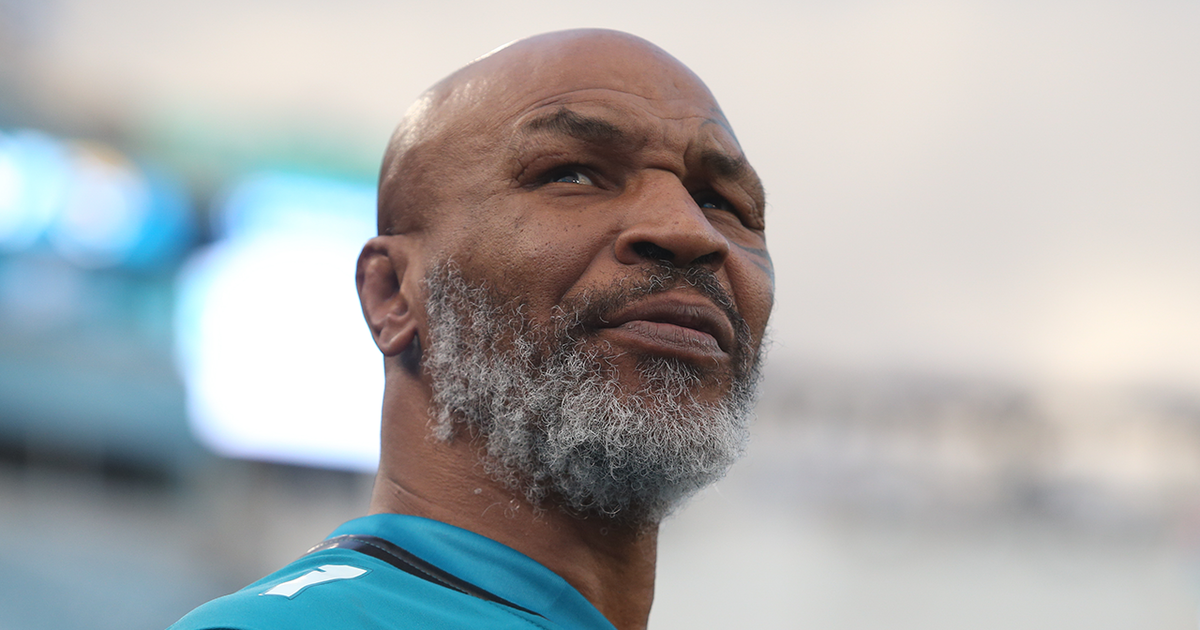 When a 53-year old Mike Tyson lit up the mitts, he simultaneously lit up the social media universe.

Two weeks ago, the legendary Mike Tyson posted this video, sparking a conversation revolving around the most feared fighter in heavyweight boxing history.
Then, on Tuesday, we got this:

In case you were too frightened to make it to the end of the clip, Iron Mike finishes with, “I’m back.”
Good for him.
But could Tyson, a man who last fought in 2005 and hasn’t won since 2003, actually be considering a comeback? Would it be wise? Would the fans love to see it?
Shannon Sharpe, for one, is a believer, and he thinks any man would be unwise to enter the ring with Tyson given what he’s seen of Tyson’s training regime in recent weeks.
“This ain’t no situation like Hulk Hogan and Sylvester Stallone in the Rocky movies. Did you see those punches? That man can still hurt you, even with headgear … I want to know who is the person that’s going to get in the ring with him for charity.”
I want to know the fool that’s going to get in the ring with Tyson for charity. I’m not taking them blows for charity, not even with headgear. pic.twitter.com/CPZLm84YXU
— shannon sharpe (@ShannonSharpe) May 5, 2020

The man holding the mitts in Tyson’s training videos is MMA trainer Rafael Cordeiro, who is now working with Tyson.
His opinion is that Tyson is moving as if he’s 30 years younger.
“As soon as we started training I said, ‘My Lord.’ … I didn’t know what to expect from a guy who hasn’t hit mitts for almost ten years … I can tell you, you would have to be a good guy to spar with Mike, because if you don’t prepare, he is going to drop you for sure.”
“I saw a guy with the same speed, same power as guys 21, 22 years old,” trainer Rafael Cordeiro said. https://t.co/57fkmndEOw
— Post Sports (@PostSports) May 6, 2020

From age 18 to 23, Tyson was untouchable. He became the youngest heavyweight champion in boxing history when he TKO’d Trevor Berbick at age 20.
He won his first 37 fights, 33 of which came by KO or TKO. It wasn’t until his upset loss to Buster Douglas in February 1990 that Tyson tasted defeat.
One of Tyson’s original trainers Teddy Atlas isn’t sure if he wants to see his protege back in the ring, but he is impressed with how his former fighter looks in training.
“Decent speed. The speed is still there. Throwing with bad intentions and putting his body into it.”
Great athletes never lose their genetic gifts or muscle memory, and fans always dream. It’s all good, but can we maybe hold off on a 10 fight deal 😅🥊 Glad @MikeTyson looks healthy and happy👊 @TheFightWTA #BANG💥 pic.twitter.com/Co6N1GHv3W
— Teddy Atlas (@TeddyAtlasReal) May 12, 2020

While some are confident Tyson could make a successful return, others are not so keen on older fighters such as Tyson or Holyfield returning based on examples set by previous boxers competing past their prime.
James Dielhenn of Sky Sports Boxing pointed to Donovan ‘Razor’ Ruddock as a prime example.
“[Ruddock] called time on his career in 2001 but, 14 years later … he announced plans to fight again and become Canadian champion. “I’ve been in the ring with Tyson, all these guys, and I’m telling you: I feel better now, than I did back then,” he said. His words were eerily similar to what we’ve heard from Tyson and Evander Holyfield recently. Except Razor went through with it – there were ominous signs in his first fight back, aged 51, against 44-year-old Raymond Olubowale. Razor was knocked down, clambered back up, and won in the fifth-round. It was not a statement to worry the division’s elite, like he was making 30 years earlier.”
Mike Tyson and Evander Holyfield should heed warning of ‘Razor’ Ruddock whose heavyweight comeback, in his 50s, was a disaster
ANALYSIS👇
— Sky Sports Boxing (@SkySportsBoxing) May 12, 2020

Boxing analyst and commentator Max Kellerman is not taking the potential Tyson comeback seriously on any level, considering over a decade ago, Tyson was already losing to bottom-rung fighters.
“It’s not a real comeback against top heavyweights. That’s not gonna happen for a bunch of reasons … Mike is 53 years old. Yes, he’s still fast and he hits hard, but not nearly as fast or hard-hitting as he was when he was a young man … 15 years ago, Mike Tyson lost to Kevin McBride, who went on to lose six of his next eight fights because he started fighting better competition.”

In Tyson’s final two fights before retirement, he lost via KO to Danny Williams on July 30, 2004, and he didn’t answer the bell for the seventh round in a loss to Kevin McBride on June 11, 2005.
Speaking of his past resume, there seems to be one former Tyson opponent willing to step into the ring with Iron Mike – again.
Holyfield, Tyson 3? 😃🤔🥊 https://t.co/zCAm75Tjum
— Evander Holyfield (@holyfield) April 25, 2020

Few names in boxing history are linked as closely as Mike Tyson and Evander Holyfield.
The two first met in the ring in November 1996. Tyson entered the bout having only lost once in his professional career – the upset defeat at the hands of Douglas.
What many fail to realize is that in his very next fight, Douglas defended the WBA, WBC and IBF titles he wrested from Tyson against an undefeated Evander Holyfield.
Evander knocked Douglas out in Round 3.

Tyson and Holyfield would finally meet on Nov. 9, 1996. At the time, Tyson held the WBA Heavyweight Title, which he took from Bruce Seldon on Sep. 7 of the same year. Holyfield, on the other hand, entered the much-anticipated fight belt-less, having suffered three losses since his win over Douglas: twice to Riddick Bowe and once to Michael Moorer.
For the second time in Tyson’s career, he was upset in a fight in which he entered as the massive favorite, this time losing by 11th round TKO.
The two legends would meet in an immediate rematch, which took place on June 28, 1997. That fight would come to be known as “The Bite Fight,” after Tyson bit Holyfield’s ear twice in the third round and the fight was called off.
Holyfield addressed it with Sky Sports Boxing this week, saying his original plan was to bite Tyson in return before his cornerman intervened.
“Coming into the fight, this prophet told me, ‘Something bad is gonna happen. Something in your facial area is gonna happen. But you gotta keep your mind on God.’ … So I tell my corner guy, ‘If something happens, you’re gonna be responsible [for keeping me focused].’ So when Tyson bit my ear … when we were gonna come back, I was going to grab him and I was going to maul him. I was gonna bite the daylights out of him. But, my corner guy said, ‘Evander, keep your mind on the Lord!”
Evander Holyfield on that bite… 👀
Evander @Holyfield shares his memories of the infamous ‘bite fight’ with @MikeTyson back in 1997 pic.twitter.com/Z1KOCqVnax
— Sky Sports Boxing (@SkySportsBoxing) May 12, 2020

Now, with Tyson posting his training videos, “The Real Deal” Holyfield decided not to be outdone.
Are you ready? The moment you’ve all been waiting for…The Champ is back! 🥊 I’d like to announce that I will be making a comeback to the ring. I will be fighting in exhibition matches for a great cause: #Unite4OurFight. Learn more: https://t.co/dfSo0HvV2O pic.twitter.com/8PfrzalHty
— Evander Holyfield (@holyfield) May 6, 2020

The real reason that Holyfield is making a return to the ring is for the #Unite4OurFight campaign, which was created by The Evander Holyfield Foundation in order to raise funds for first responders and their families, and support the education and emotional well-being of children during the COVID-19 pandemic.
My 1st week back in the gym and I feel great I’m looking forward to stepping up my training sessions and intensity as I prepare for my fight.
I told you I had something for you🥊@ReneeYoungWWE @BookerT5x@TheMarkHenry @WWEonFOX@FOXSports pic.twitter.com/ncgeJMTkmE
— Evander Holyfield (@holyfield) May 13, 2020

Still, we can speculate.
Could this just be a coincidence? Or are these two old friends bound to enter the ring together once more?
THEY’RE BACK! 😯 @MikeTyson x @Holyfield pic.twitter.com/5FFQWJ0V7c
— ESPN Ringside (@ESPNRingside) May 13, 2020

The sequel is never as good as the original – but maybe the trilogy could live up to the hype? 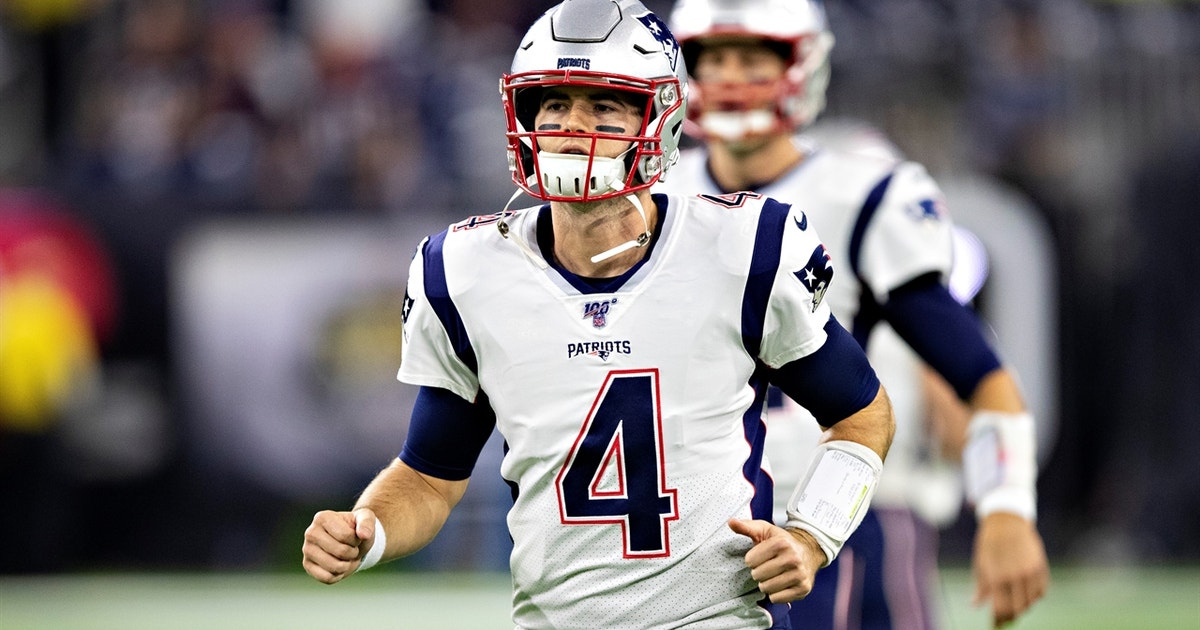 Colin Cowherd: I don’t buy that Jarrett Stidham is going to elevate the Patriots’ weapons (VIDEO) 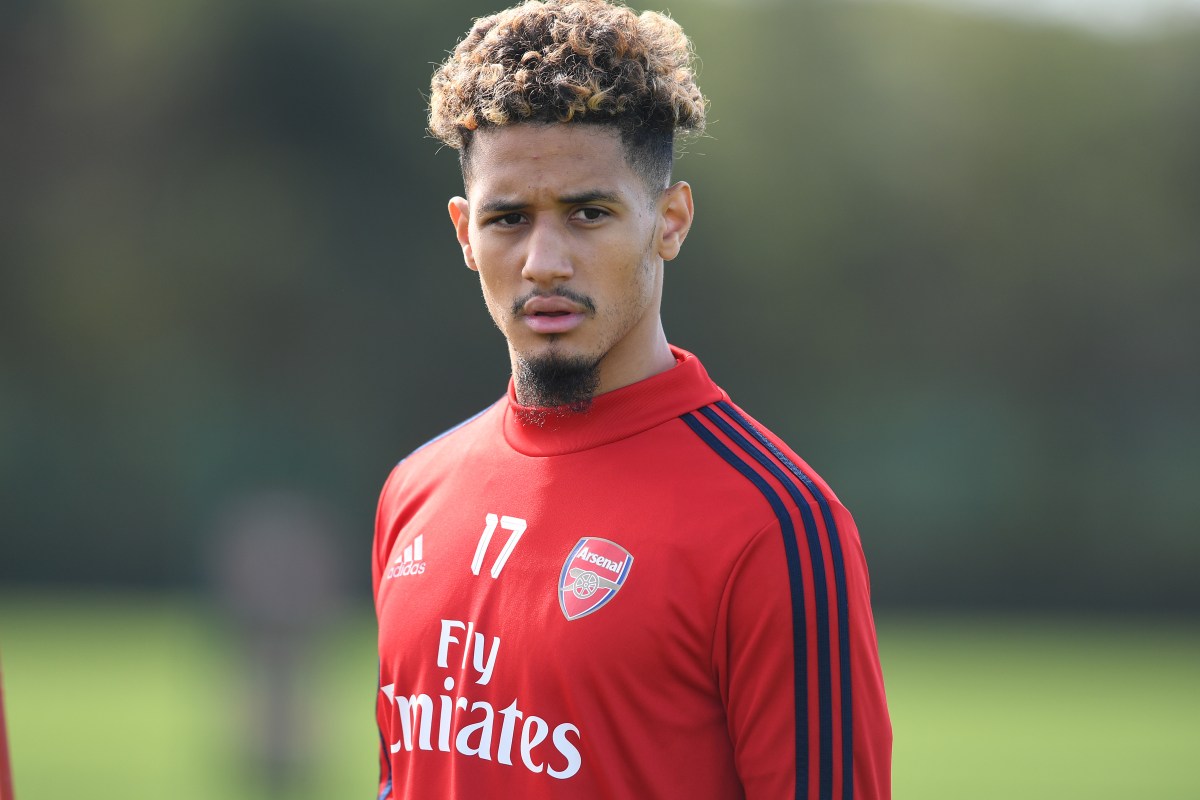 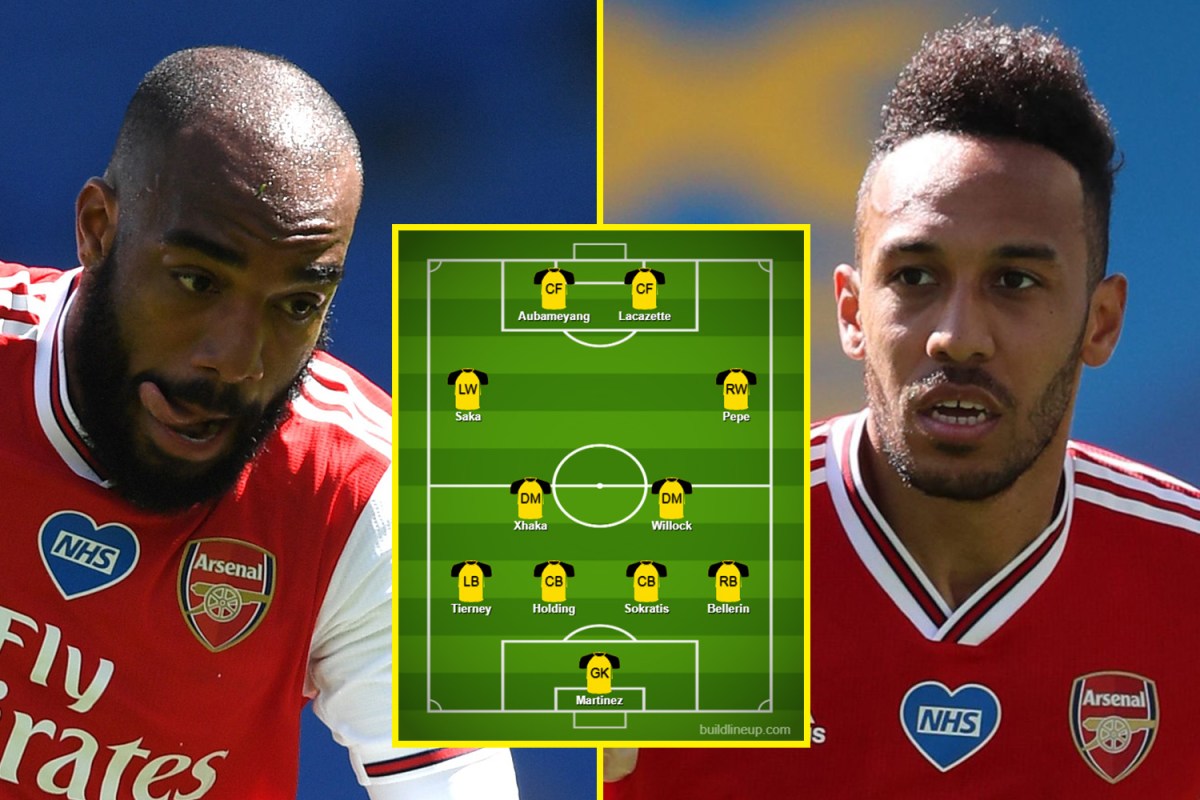 Pierre-Emerick Aubameyang and Alexandre Lacazette to start, Matteo Guendouzi and Dani Ceballos out – How A