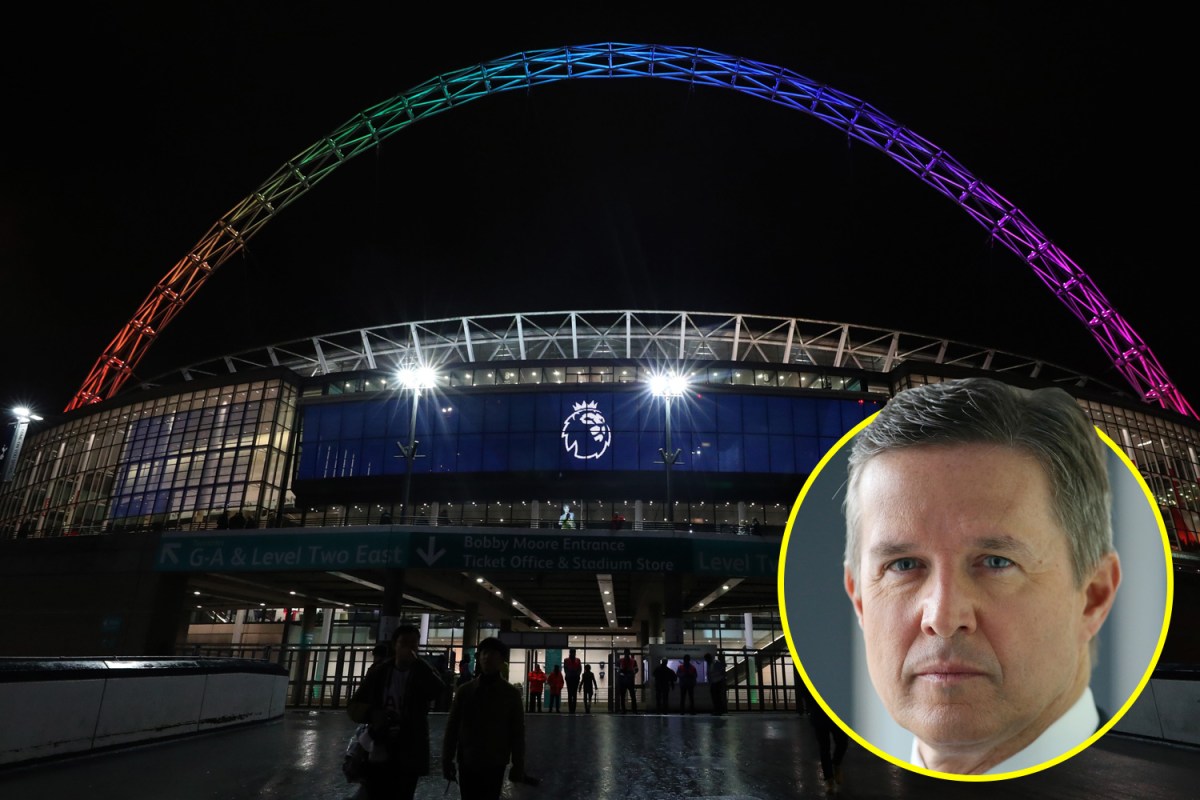 The CEO of a relegation-threatened Premier League club has told talkSPORT he is OPPOSED to the idea of completing the 2019/20 season using neutral stadiums.
Christian Purslow, the Aston Villa chief, joined Wednesday’s Breakfast show to discuss ‘Project Restart’ – the Premier League proposal to resume the campaign amid the ongoing coronavirus pandemic.
Top-flight football in this country has been suspended since March 13 because of COVID-19, with most teams having nine games left to play to complete their seasons – though Villa themselves have ten matches remaining.

Various proposals have been made to ensure the campaign can return – possibly as early as next month – but Purslow says ‘Project Restart’ will remain ‘entirely hypothetical’ until it can be guaranteed playing a contact sport during a pandemic is safe.
“I think the first and most important thing to say,” he began, “and I do want to be crystal clear, is that ‘Restart’ has a basic principle which until we have health and safety protocols in place that have been agreed by football, by government, and by our key players, then of course ‘Restart’ is entirely hypothetical.
“And we are not there yet.
“So while I’m delighted to talk about the conditions in which we might play football, it’s really important to understand that everybody in football is putting health and safety as the first priority.
“We have begun to discuss, for example, protocols to enable our players to get back doing physically conditioning work, but we haven’t yet got to the crucial protocols that relate to playing football.
“And until we crack the code of making our great contact sport safe, then the conversation we are having is hypothetical.”

The use of neutral venues to complete the season appears to be a key driver to ‘Project Restart’, though doubts have been raised over the integrity of the Premier League if nearly the entire season is played at regular stadiums and the final nine/ten matches are located elsewhere.
Paul Barber, the chief executive of Brighton – who are fighting off relegation from the top-flight – opposes the use of neutral venues, and Purslow himself is against the idea with his Villa side in 19th – two points clear of safety but with a game in hand over all their relegation rivals.
“Neutral grounds is just one component in a whole package of measures that are going to have to be debated and discussed,” added Purslow.
“It’s a bit like the Brexit process; there is general agreement on what we want to achieve, which is try to find a way to put on football and complete the season, but how we do that is much more complicated.
“We are having to make quite significant changes; it’s like the Grand National which we are restarting at Ascot rather than Aintree and the horses aren’t the same and if jockeys are sick they change as well.
“So we’ve got a radically different product that we are all trying to find a way to put back on, and neutral grounds, which was revealed on Friday as something we are going to have to look at carefully, is just one example.
“Personally, I am against it.

“We are a club that prides itself on our home form; I think two thirds of our wins this season have come at home. We’ve got six home games left to play so I think any Villa fan will agree that giving up that advantage is a massive decision for somebody running Aston Villa.
“And I certainly wouldn’t agree to that, unless the circumstances were right.”
One proposal discussed in the media to get around the issue of neutral venues is to scrap relegation from the Premier League for the 2019/20 season, meaning those clubs at the bottom of the table can complete the season without the threat of dropping out the top-flight because they’ve played part of the campaign without home advantage.
While reports have suggested this idea has been brought up in ‘Project Restart’ meetings, Purslow insists axing relegation has NOT been talked about.
“That hasn’t been discussed,” he continued. “I read it over the weekend and seen that that idea has been floated.
“I can certainly understand why people would feel that at the bottom end of the table the financial equation is really rather different than at the top of the table.
“I’ve had the privilege of working for two of the big six, and the losses that those clubs are suffering run to tens of millions of pounds, and so ‘Restart’ is a project designed to enable us to recoup some of the losses we are suffering – because, of course, television is the primary driver of that income.

“That is what we all want to recapture; find a way to protect that income.
“At the bottom of the league it is a little different; none of us are playing in Europe, none of us are generating millions of pounds on a matchday – it is a much, much smaller revenue base – and, of course, the risk of relegation is a £200m catastrophe for any club that mathematically could still go down.
“So when you say to a club at the bottom, ‘look, we want you to agree to a bunch of rule changes that may make it more likely you get relegated’, they’re not thinking about TV money – they are thinking, ‘am I going to agree to something that results in me being relegated and losing £200m?’.
“So there are no rights and wrongs here; every club has to protect its own financial position, and the positions are wildly different from top to bottom in our league.
“Hence the need to find something that works for everybody.”

Returning to the health and safety measures necessary for football to resume, Purslow says there is one key problem which has not yet been worked out which must be sorted for the Premier League to get back up and running.
“I assure you that players’ welfare is our absolute priority,” finished the Villa chief.
“People are focused on certain aspects of getting this mini-season back, and, for me, the single biggest issue that has yet to be agreed which goes to the heart of safety and fairness, is what do we do when we restart with players who test positive in the run-up to a game?
“Are we going to say to a club when four of their players test positive on a Thursday before a game that the game must go on without four of their best players? Again, you can see how that could be catastrophic for lower level teams who don’t have 22 top class players.
“Equally, what are you going to do if on a Saturday morning and you don’t have those protocols in place, presents with a cough and the doctor says he’s got a bit of a milder temperature, but the manager says ‘look we are playing for a crucial three points here’.

“In a post-COVID-19 scenario it is absolutely certain players will either test positive or present symptomatically, and we have to agree in advance what we are going to do in those circumstances.
“And I speak for myself: my view is the only way we can deal with that is loosen the squad requirement rules.
“We can’t go to the TV companies and say, ‘look, we are starting again next week’, but then ten days later we can’t play because a team can’t field their strongest XI. We are going to have to show flexibility to allow players to choose whether they play and to never put a team doctor in a position where they are encouraging a player who is mildly symptomatic to play.
“These all have to be worked out, and the start position is I think players need to feel they have choice and that no one is ever going to put them in that terrible dilemma of choosing between manager pressure and their safety.” 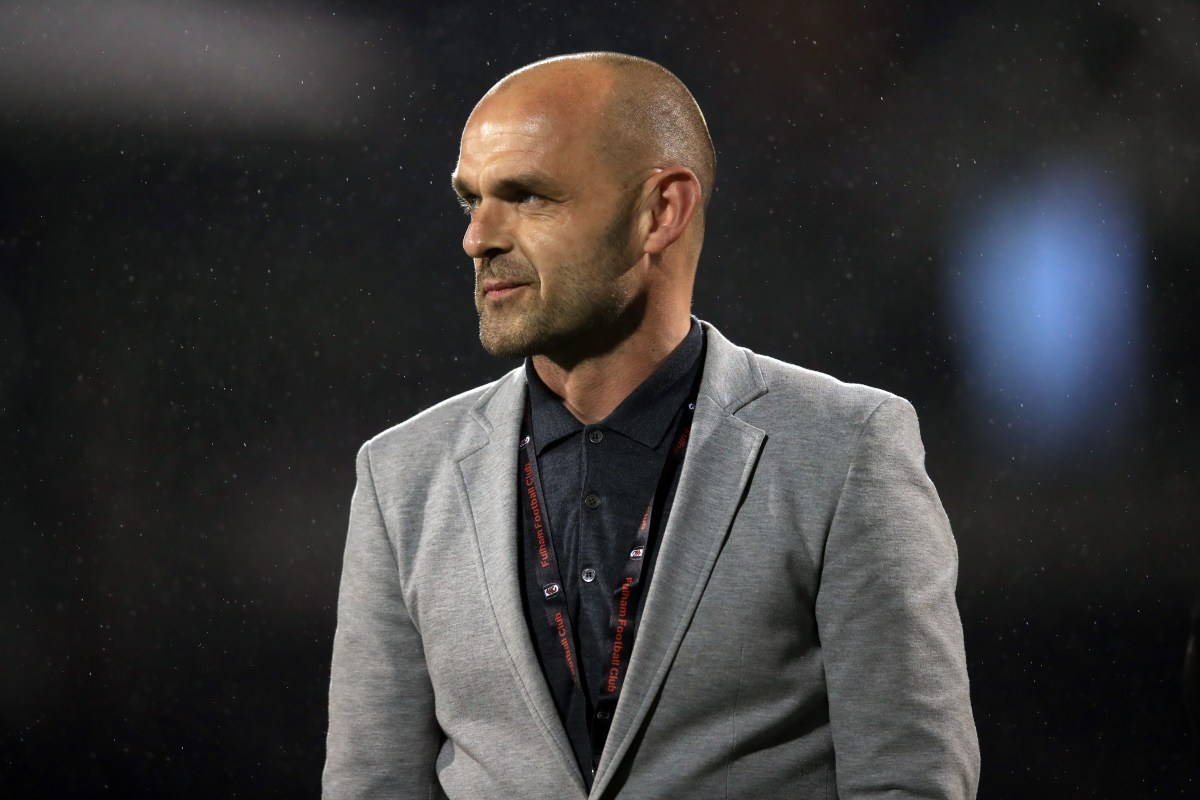 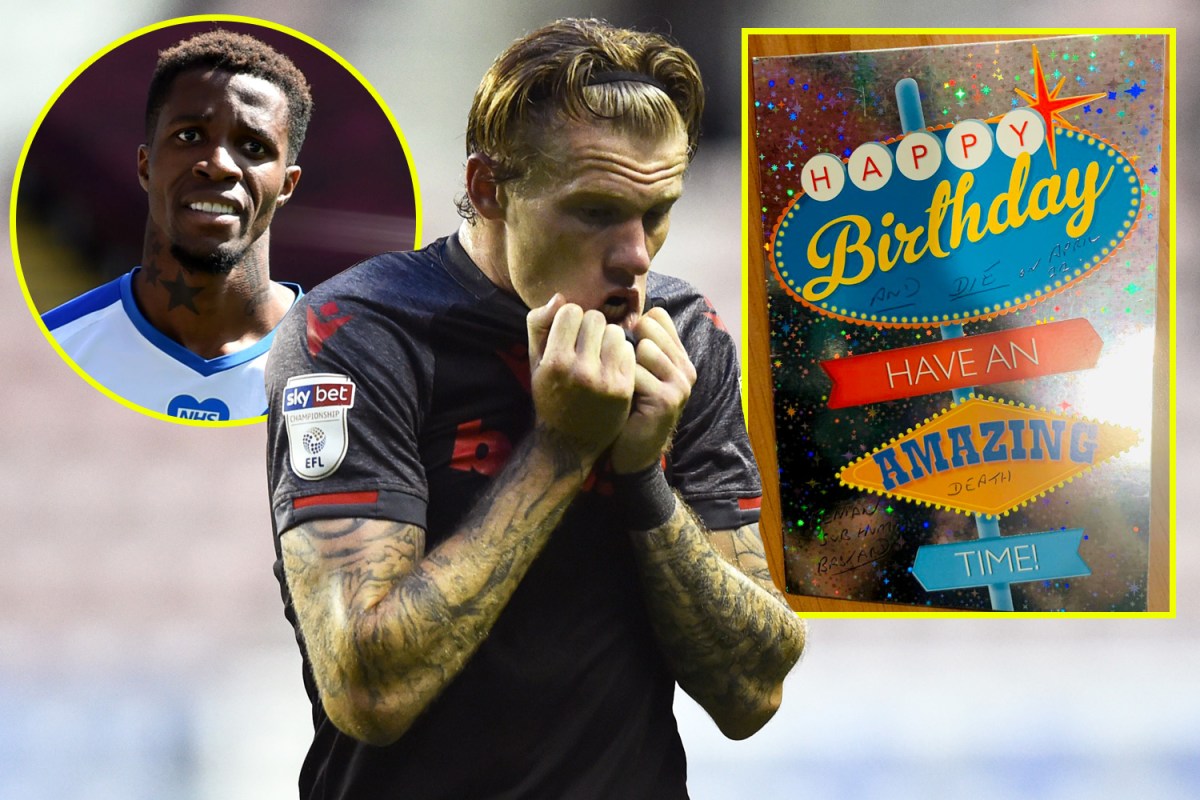