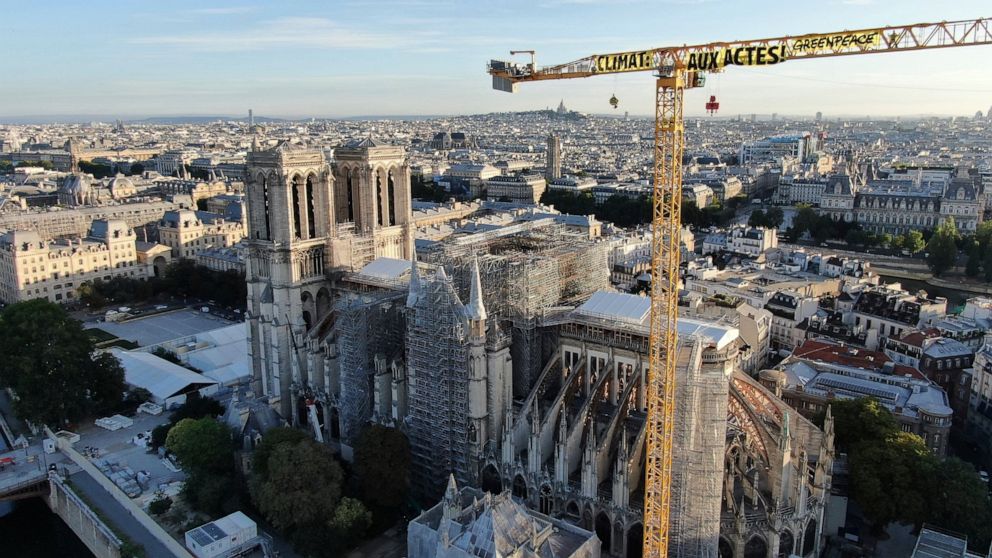 Greenpeace activists have hung banners from the huge construction crane atop Notre Dame Cathedral accusing France and President Emmanuel Macron of not doing enough to fight climate changeJuly 9, 2020, 9:44 AM2 min readPARIS —
Greenpeace activists hung banners from a huge construction crane atop Notre Dame Cathedral in Paris on Thursday, accusing France and President Emmanuel Macron of not doing enough to fight climate change.
The medieval landmark is under reconstruction after a devastating fire last year and is off-limits to the public.
The group said in a statement that four climbers mounted the huge crane, about 80 meters (260 feet) high, soon after dawn and unfurled banners with such phrases as “Climate: Time to Act.”
The activists took the banners down after a couple of hours and descended from the crane. No one was detained, according to Greenpeace France.
The group wants tougher laws on emissions, and accuses Macron of making empty announcements about climate change, such as when he launched a global campaign to “Make our Planet Great Again” after U.S. President Donald Trump pulled out of the 2015 U.N. climate accord.
Macron last week announced 15 billion euros in new climate measures after Green Party candidates did well in municipal elections across France. But Greenpeace said that money is overshadowed by billions more given to the high-emitting car and aviation industries to help weather the virus-related recession.
The crane is being used to help remove tons of scaffolding surrounding the monument for a prior renovation effort that had been under way when the fire broke out. The scaffolding was deformed in the fire, which investigators determined was accidental. The cathedral is expected to take years to rebuild.,
ABC News 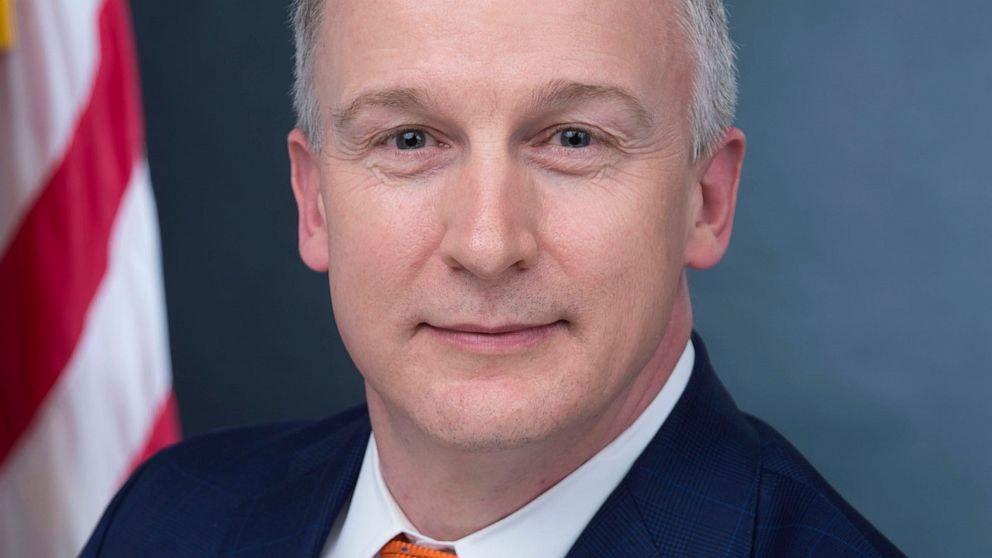 US immunologist warns of ‘darkest winter’ if virus rebounds 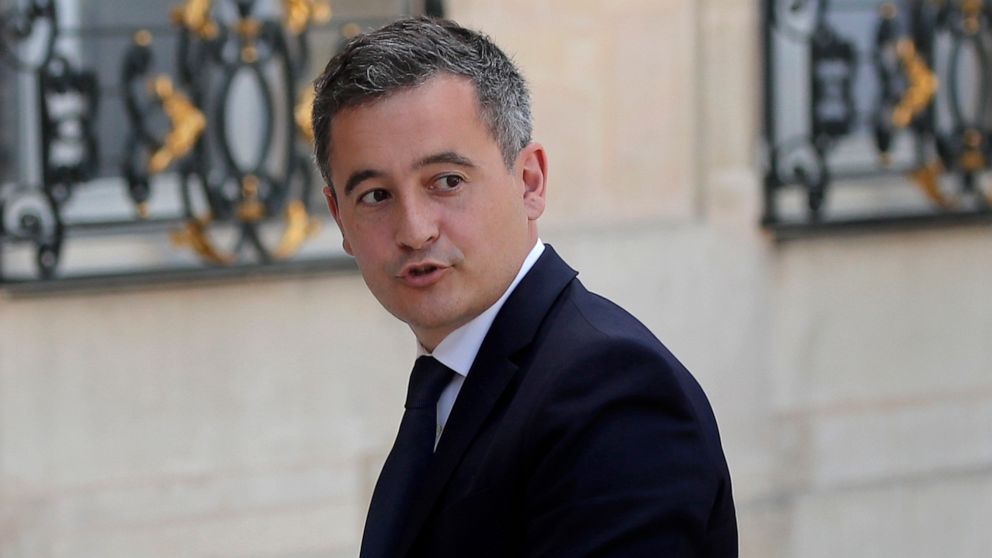 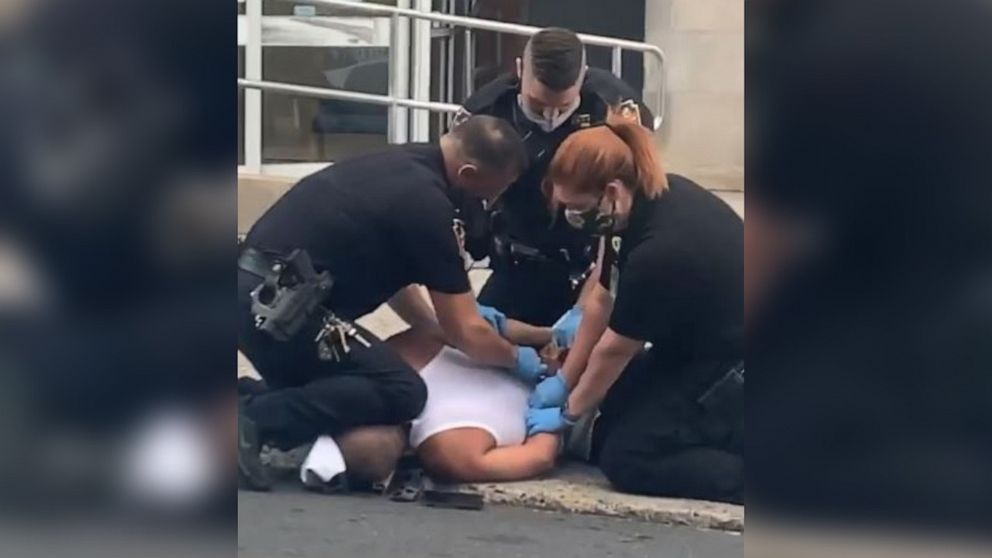