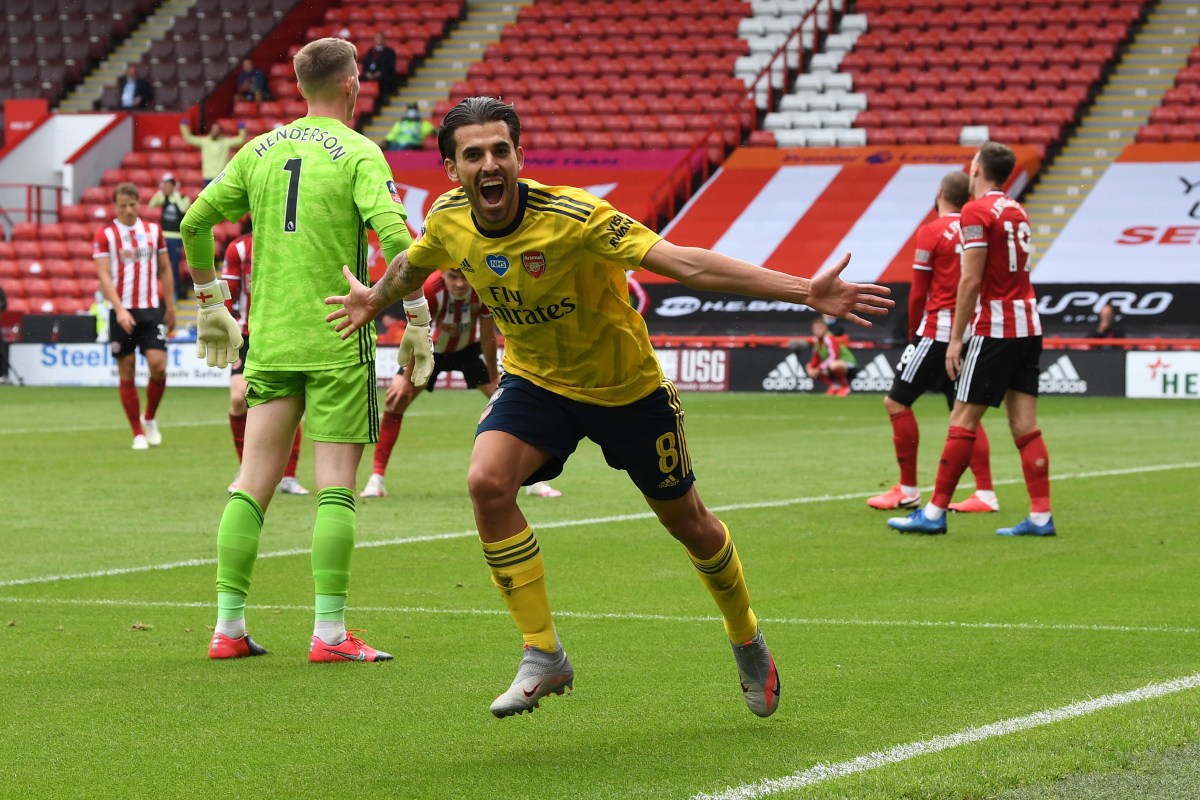 Against Norwich City, Dani Ceballos looked in sensational form for Arsenal. With the bit between his teeth, his grit and guile was the driving force for the Gunners as they dominated their opponents and claimed a 4-0 victory. The performance came just days after his late FA Cup quarter-final winner against Sheffield United. Getty Images – Getty Ceballos has been superb in recent weeks It was ‘only’ the Canaries, a side set for an instant return to the Championship and sitting bottom of the Premier League, it’s valid caveat. But the Spaniard is growing in confidence in the red of Arsenal and the club may now want to consider turning his loan spell from Real Madrid into a permanent one, despite them not having a clause to do so automatically. Manager Arteta is set to continue his rebuild of the north London giants when the transfer window openers following the protracted season’s finish. A new presence in the middle of the park is definitely on the menu with Atletico Madrid’s Thomas Partey continually linked with a switch the Emirates but an asking price which currently might be a little higher than they may want to pay. Laura Woods is hoping Arsenal can emulate Chelsea and win the Premier League title next season with no European football With ill-disciplined youngster Matteo Guendouzi set for the Emirates exit, though, there is room for another midfielder in Arteta’s group. And why not try and keep a fellow Spaniard who is already adapting to the style of play being implemented at the club. No-brainer, right? Sure, Real Madrid are going to drive a hard bargain, even if it is for a player who won’t get anywhere near their first XI right now. They are stocking up on funds, as shown by their sale of Achraf Hakimi to Inter Milan. But it’s a move which could, in the end suit all parties, especially with Ceballos finally finding his feet in the Premier League. WONDERKID ‘I’ve trained incredible players and Phil Foden will be one of them’ – Guardiola news Man City confirm Sane to Bayern, Mourinho VAR fears, tetchy Klopp on thrashing gameday Premier League and EFL on talkSPORT: All the games you can listen to this weekend goss Arsenal news live: Arteta’s plea to board, Willian a ‘wonderful fit’ news Man United miss start of next season, Koulibaly and Kane backed, Bailly loan move Don’t sell Arteta’s plea to Arsenal board over keeping Aubameyang and club’s biggest stars RATTLED Tetchy Jurgen Klopp hits backs at questions over Liverpool’s focus in City defeat passion ‘Obsessed’ Barton watches Paraguayan football and is tipped for the Championship decision time Sane replacements – Ex-Barcelona ace, Man United target and one of their own LEROY JETS-IN Sane thanks Man City fans as he completes £55m Bayern Munich switch His start to life in England was thrilling, two assists on his full debut for the Gunners in an attacking role as they beat Burnley 2-1. He whipped in set-pieces, linked well on the flanks, progressed the ball with both his dribbling and his passing, and set up Pierre-Emerick Aubameyang by tackling an opponent. He even had three shots of his own, troubling Nick Pope with one fine curling effort. Not bad. But then his form drifted under Unai Emery before a potentially serious muscle injury struck, which also affected his tendon, in November costing him three months of football. Too many matches at the start of his Arsenal career he claimed. Getty Images – Getty Ceballos scored the winner against Sheffield United in the FA Cup He told Marca: “[The injury] was in Guimarares, in Portugal, I think due to an excess of matches. I played 17 games in two months, I was the only player who had played all those games. “At that time I spoke with Unai [Emery] and told him that in all competitions, as long as I could and my body allowed it, I wanted to play it all. Sometimes you have to learn from mistakes. It cost me an injury, but you learn from everything.” He certainly has learnt too. His period out coincided with Emery’s exit and Arteta’s arrival and when he finally made it back to full fitness in late January he did so with an altered role. Dani Ceballos – Premier League 2019/20 Under Emery Played: 11 Won: 4 Drawn: 5 Lost: 2 Win percentage: 36.3% Dribbles per 90: 2.4 Chances created per 90: 1.5 Passes into the box per 90: 5.6 Forward passes per 90: 14.5 Tackles per 90: 2.6 Interceptions per 90: 0.1 Under Arteta Played: 7 Won: 5 Drawn: 0 Lost: 2 Win percentage: 71.1% Dribbles per 90: 1.5 Chances created per 90: 1.4 Passes into the box per 90: 4.6 Forward passes per 90: 15.9 Tackles per 90: 2.3 Interceptions per 90: 3.5 Now alongside Granit Xhaka, building a budding partnership, Ceballos’ defensive output has improved with his new deeper role alongside the Swiss star. The thing is, his attacking output hasn’t actually diminshed too much, presenting a more combative player still able to get the ball into dangerous areas for Arsenal’s stacked frontline. Results have, despite initial problems after the restart, been getting better and the win over Norwich should definitely add some confidence as the team settles again. Not only was he forward thinking and protect a weak backline, he won fouls in key areas too. Bravely forcing opponents into rash decisions and gaining Arsenal vital crossing and shooting opportunities. Getty Images – Getty Can Ceballos be key to a late surge for Arsenal alongside Xhaka in midfield Earlier this year it seemed a return to Real Madrid and a transfer to former club Real Betis might be in the offing for the 23-year-old. After his resurgence in recent weeks though it might make sense for the midfielder and Arsenal to try and work on a permanent deal. If his progress under Arteta is anything to go by, he could be a big hit for the Gunners next season.,
TalkSport 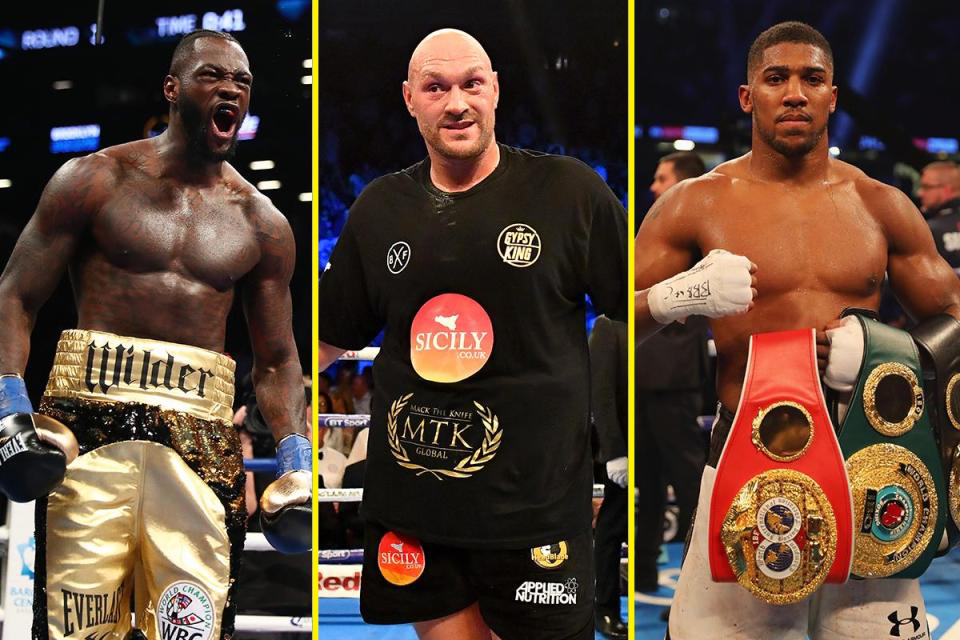 Anthony Joshua would be an EVEN EASIER opponent for Tyson Fury than Deontay Wilder, claims former champion 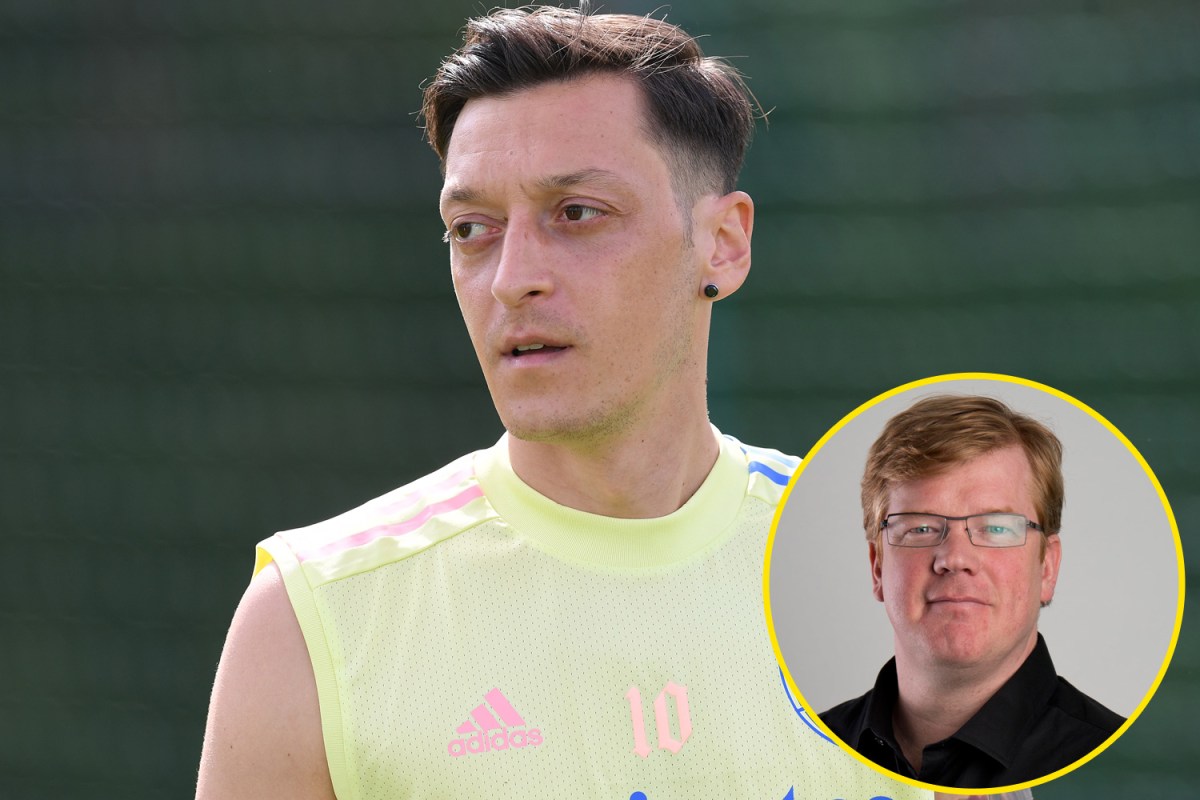