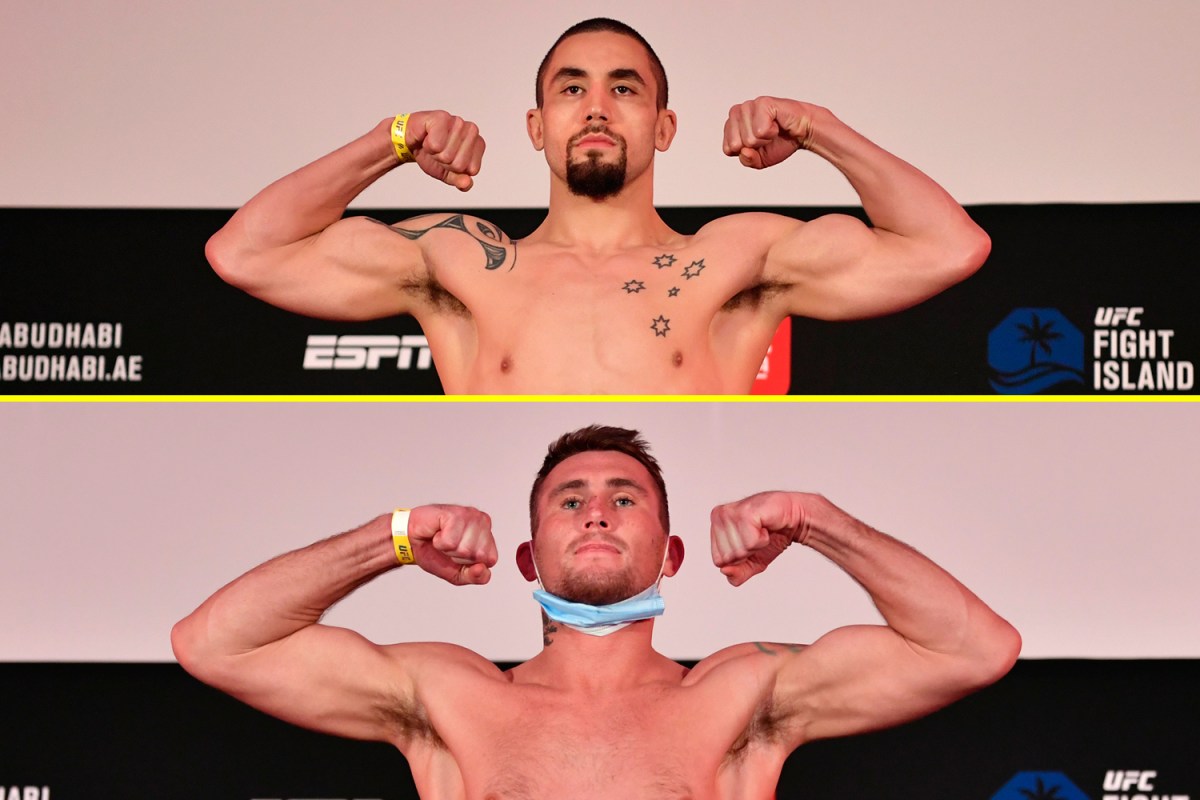 The headline show for ESPN 14 main event has been made official as both Darren Till and Robert Whittaker made weight on Friday. Both Till and Whittaker weighed in at 186lbs on the button in Abu Dhabi. Till hitting the scales in Abu Dhabi The two will meet on Yas Island – dubbed “Fight Island” that will hold its fourth event in two weeks – in the main event of UFC Fight Night on Saturday. This is only Till’s second fight at middleweight whereas Whittaker has been in this division for six years now and has only ever lost once. That defeat came in his last outing when he lost the title to Israel Adesanya. He lost via a second round KO, but before that he had won eight middleweight bouts on the spin, including a pair of victories over Yoel Romero. Till made his middleweight debut at UFC 244 last November and took down Kelvin Gastelum, a perennial contender, via unanimous decision. Whittaker weighed exactly the same as Till a day before the fight This contest sees two southpaw strikes meeting and both have strong records with their left-hand. Both carry knockout power, but in the clinch may be where this contest is won and lost. Till showed great development and timing against Gastelum, but Whittaker has long been dedicated to wrestling and could shade that department. According to Whittaker when he spoke to Submission Radio, he believes he shades every department. “I think he’s got a good skill set but I think that honestly, I’m better across the board,” Whittaker said. “I hope I can get him out of there very quickly. It’s not going to be through lack of trying, trust me. But I’m prepared to make it a slugfest, I’m prepared to make it hell. I’m going to get in there and I’m going to do my thing.” Till takes on Whittaker this weekend with the middleweight title in the future of the winner Till is taking Whittaker very seriously, though, and he’s very well prepared for their encounter. “Robert is a little bit shorter than me but this is not his first rodeo so we’re going to see. I don’t know how he’s been preparing. I know we’ve had some back and forths, that he was not prepared and he was eating junk food and that, but he was the champion for a reason and I’m sure he’s going to come very well prepared.” UFC Fight Night: Whittaker vs Till is LIVE on talkSPORT 2 from 1am on Sunday 26 July,
TalkSport 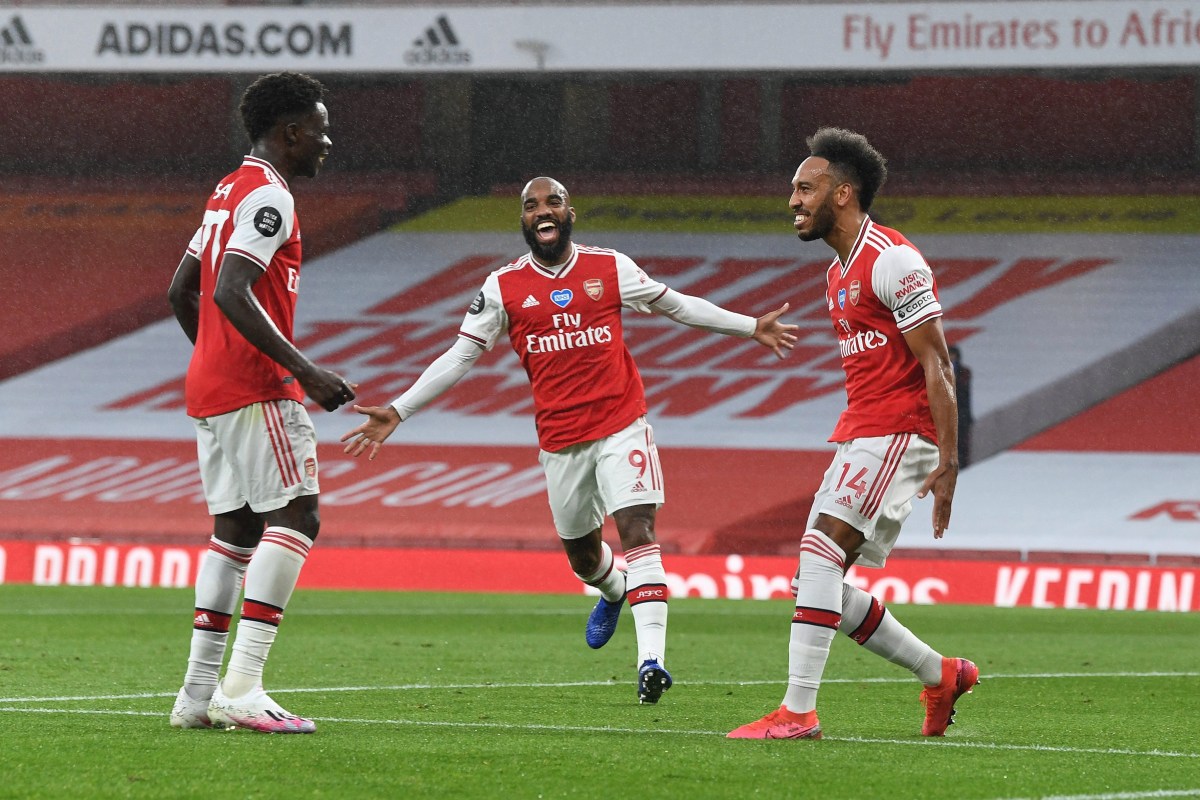 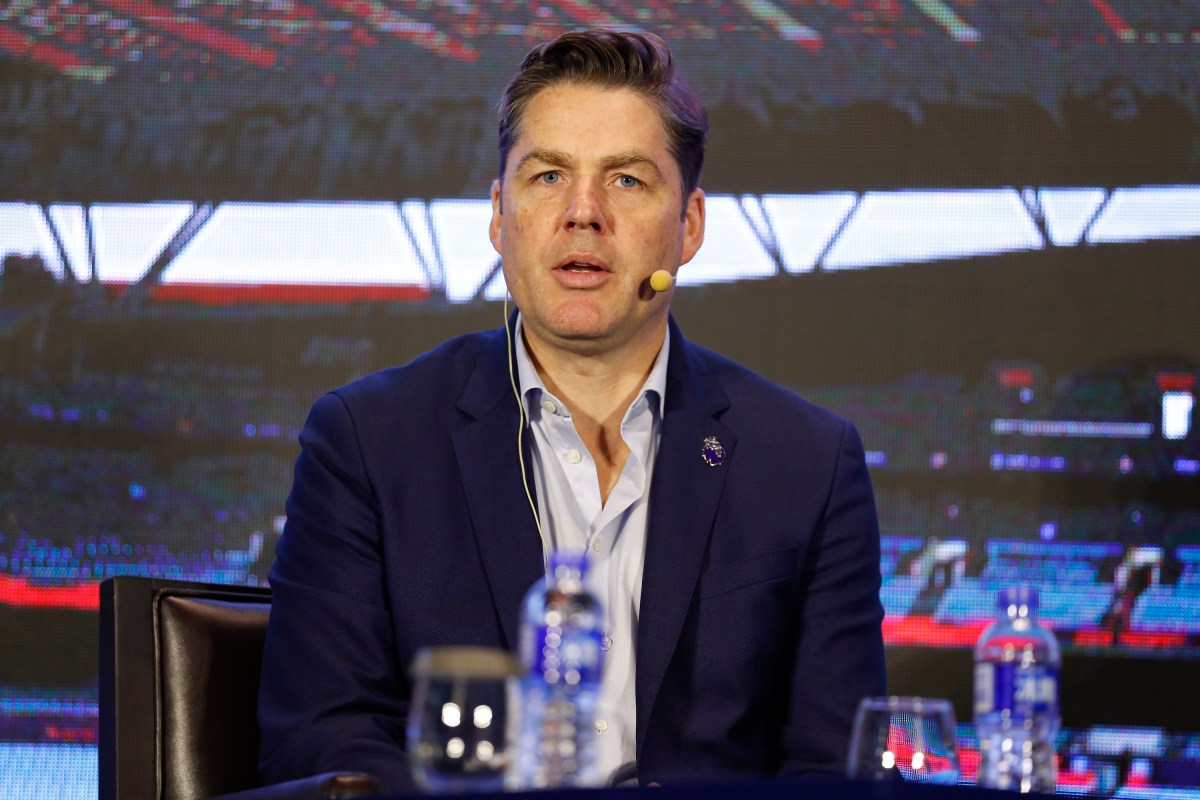