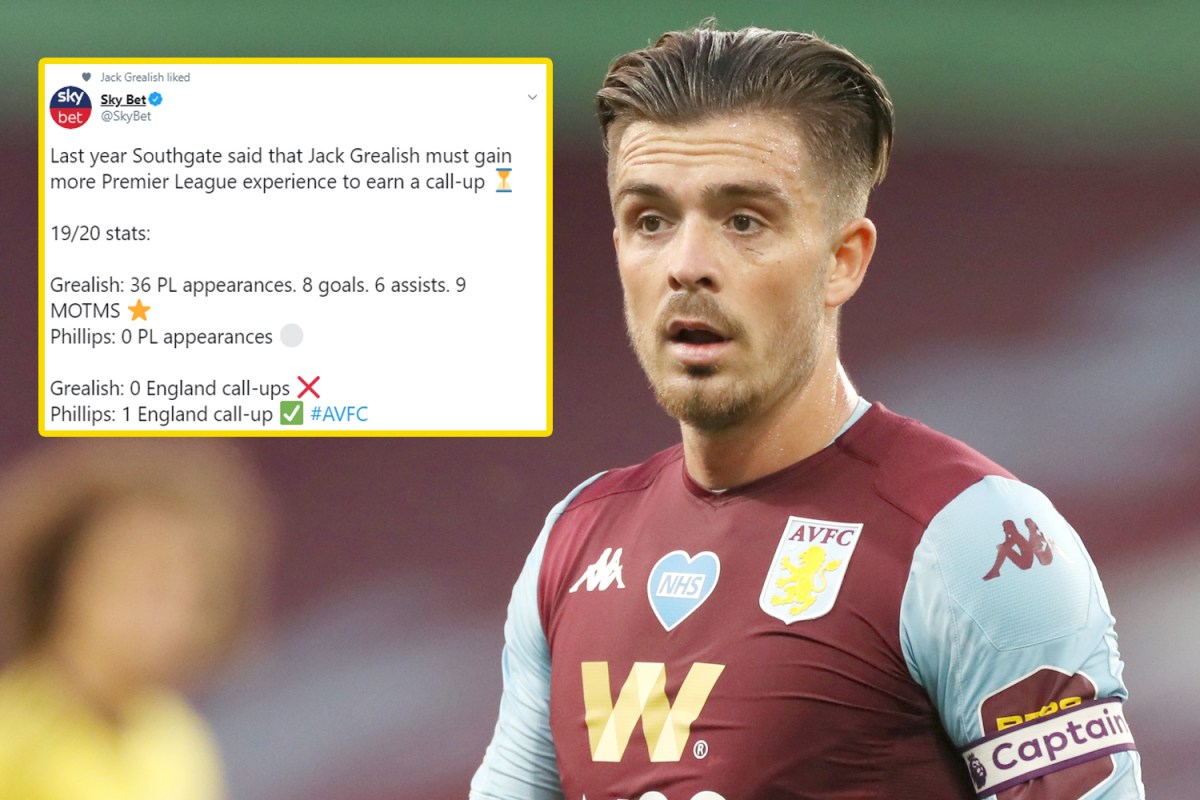 Jack Grealish was once again snubbed by Gareth Southgate as the England manager named his latest squad – and the Aston Villa ace quickly reacted on social media. The Villa captain was left out of the Three Lions’ 24-man selection for next month’s Nations League matches against Iceland and Denmark. Getty Images – Getty Grealish will feel aggrieved at failing to make another England squad Southgate opted to pick uncapped trio Phil Foden, Kalvin Phillips and Mason Greenwood, despite Grealish scoring ten goals and registering six assists as he played a huge role in preserving Villa’s Premier League status last season. And shortly after the squad was confirmed, the 24-year-old ‘liked’ a tweet citing Southgate’s previous decision to not pick him due to his lack of Premier League experience, while also pointing out that Leeds ace Phillips is yet to make a single top-flight appearance! Explaining his reason to exclude Grealish, Southgate said: “Well the difficulty for Jack is Mason Greenwood, Jadon Sancho, Raheem Sterling and Marcus Rashford. “We’ve got incredible players in those positions. We’ve got competitions for places. “Those four have either been with us for a long time and have been exceptional in their performances for us in terms of Marcus and Raheem. Twitter Grealish ‘liked’ the tweet, but has since ‘unliked’ it “Jadon is just breaking through, everybody is aware of his potential and Mason Greenwood’s goalscoring record and performances with Manchester United were outstanding. “We’ve got players like Callum Hudson-Odoi as well. “I know, at times, Villa play Jack as a midfield player, that’s not where I see him in the way that we play. “So with us he would be a wide player or a No.10 and I think we’ve got players at the moment that deserve to be in just ahead of him.” Former Aston Villa and England forward Gabby Agbonlahor later told talkSPORT the decision to omit Grealish is ‘ridiculous’. He said: “There is something Gareth Southgate needs to tell everyone that we don’t know. Gabby Agbonlahor stunned by Jack Grealish’s England omission “There must be a bigger reason because last season he said ‘no’ because he’s in the Championship. “So he’s come back to the Premier League, he’s had one of the best seasons of his career, everyone has been raving about him. He’s got the goals and assists to prove it, to back it up. “So it’s ridiculous if you think about it. I’m lost for words. It’s a great squad, there are great players in the squad, but what Jack offers you, he should be in every squad.” Meanwhile, talkSPORT host Tony Cascarino believes Grealish should now switch allegiance to the Republic of Ireland given he just cannot get in Southgate’s squad. In 2015, Grealish opted to play for England, despite featuring for Ireland at Under-17, 18 and 21 level. He qualifies to play for the Republic through his grandparents. Getty Images – Getty Grealish has been overlooked by Southgate yet again Cascarino said: “I think most of Ireland would embrace the quality of Jack Grealish. “He took a long time, when he made the decision the first time around. If he really doesn’t see his future with England or isn’t getting a chance, then of course, why not play international football with Ireland? “He seemed very divided the first time around.”,
TalkSport 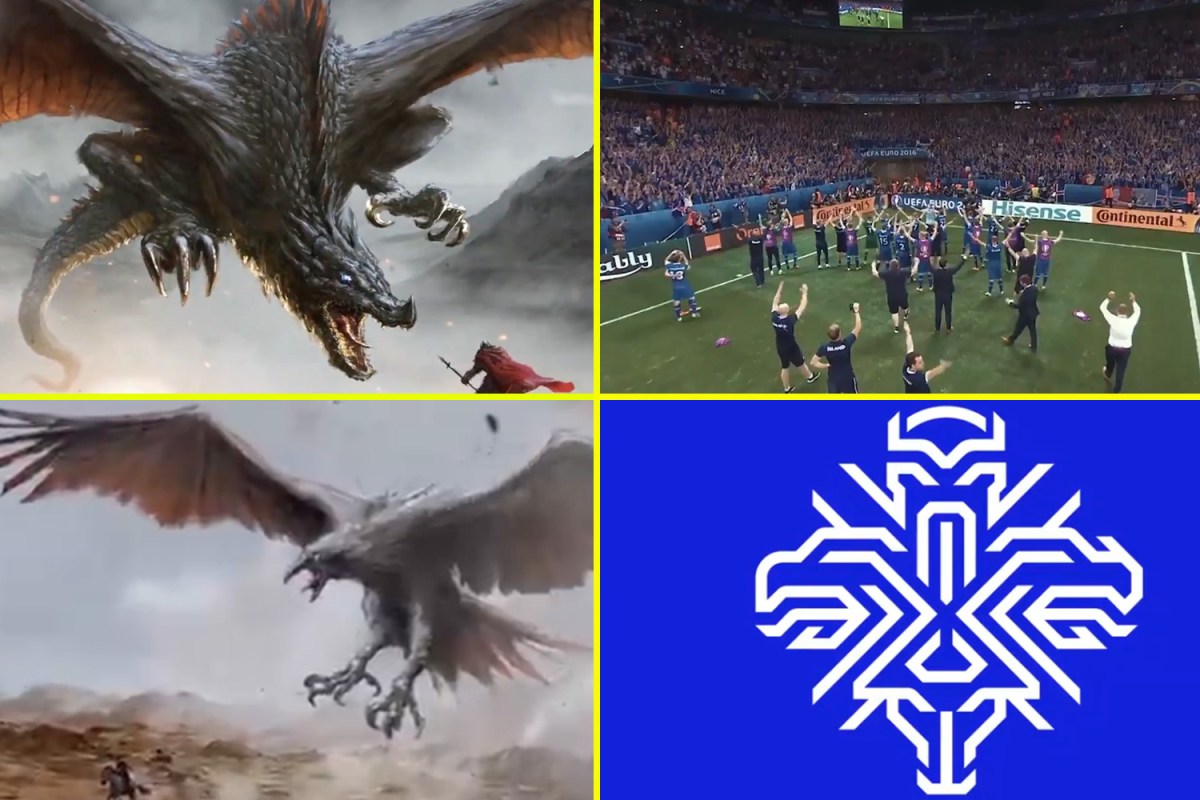 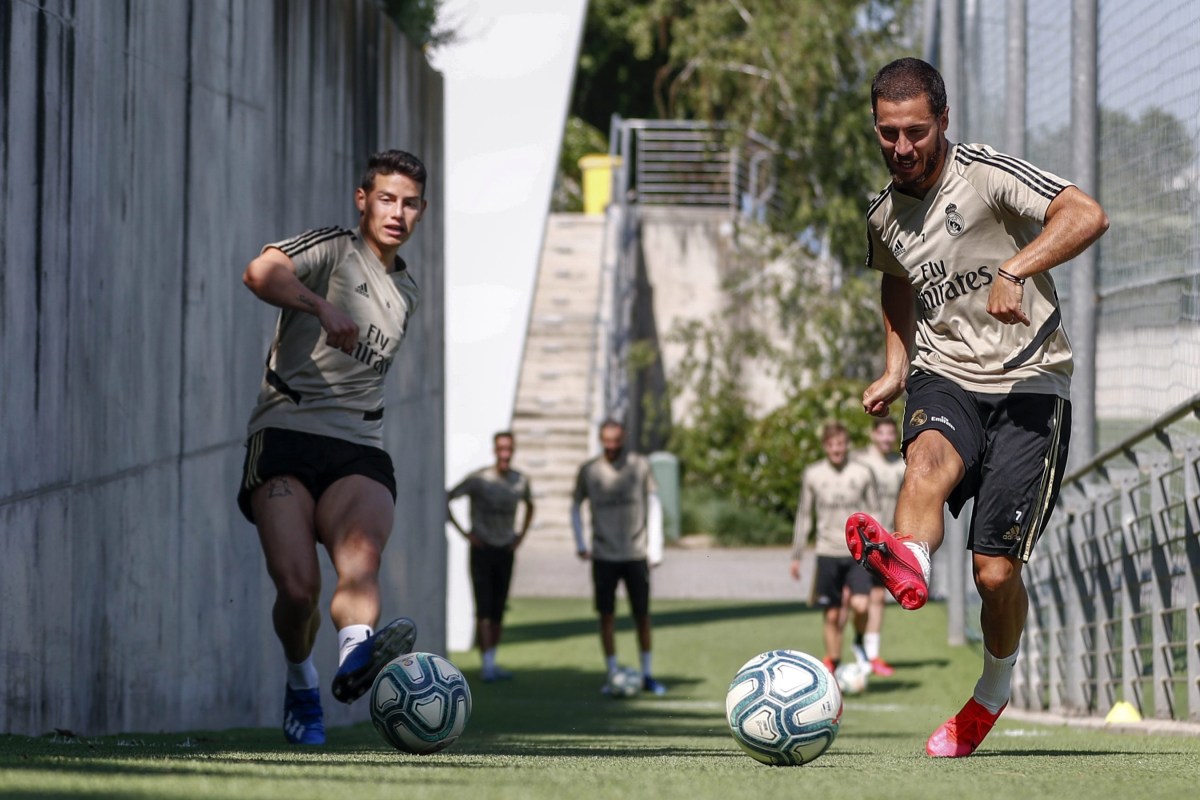