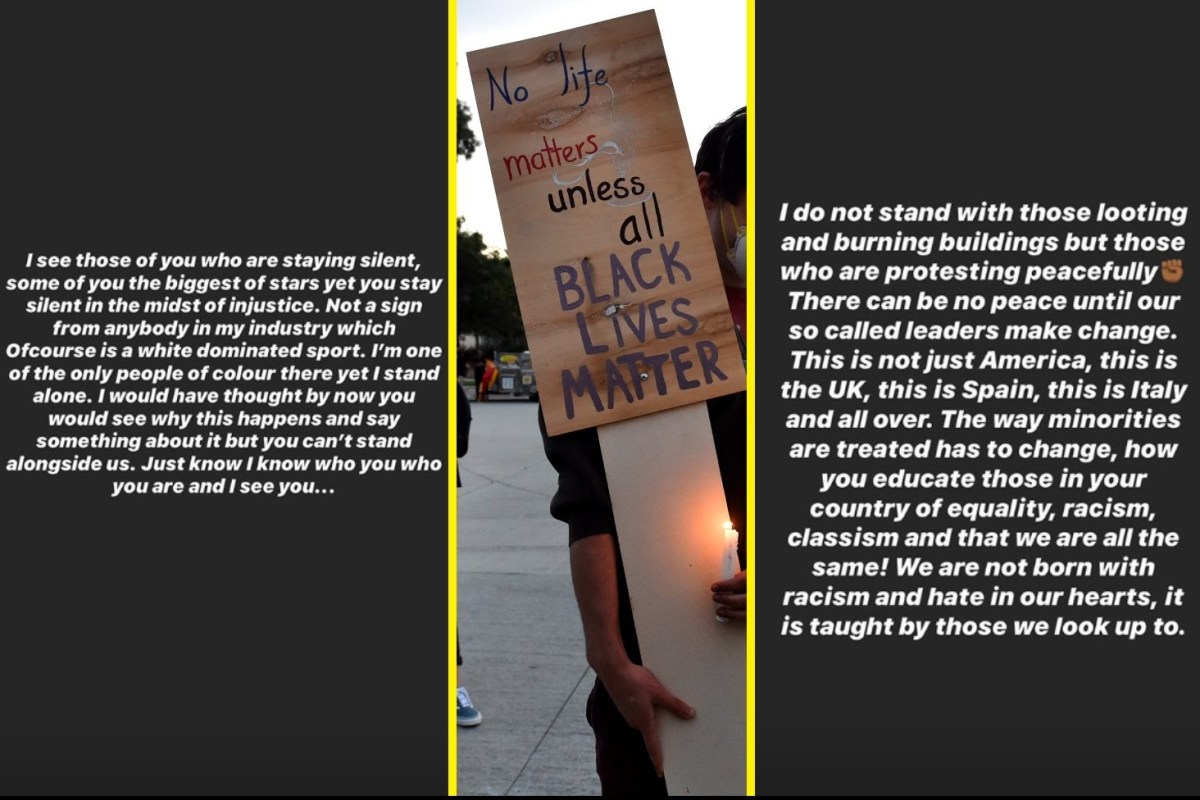 Lewis Hamilton, the six-time Formula 1 world champion, has blasted his fellow employees for refusing to speak out following the death of George Floyd in the United States. Mr Floyd died last month, aged 46, while being pinned to the ground by a police officer, who placed his knee on Mr Floyd’s neck for nearly eight minutes. The police officer, Derek Chauvin, has since been charged with murder and widespread riots have flared across the US in response to Mr Floyd’s death. Getty Images Protests have spread throughout America in the wake of Mr Floyd’s death while in police custody Sports stars have similarly shown their support for the #BlackLivesMatter campaign, with Jadon Sancho, the England forward, showing off a T-shirt with the slogan ‘Justice for George Floyd’ after he scored the first goal of what proved to be a hat-trick in Borussia Dortmund’s 6-1 defeat of Paderborn. F1 star Hamilton also spoke out on Mr Floyd’s death and the ongoing protests in the US, while he also had criticism of those in the paddock who have not made their voices heard ‘in the midst of injustice’. “I see those of you who are staying silent, some of you the biggest of stars yet you stay silent in the midst of injustice,” wrote Hamilton on Instagram. “Not a sign from anybody in my industry which of course is a white-dominated sport. “I’m one of the only people of colour there yet I stand alone. I would have thought by now you would see why this happens and say something about it but you can’t stand alongside us. Just know I know who you are, and I see you.” He added: “I do not stand with those looting and burning buildings but those who are protesting peacefully,” Hamilton wrote. Instagram – @lewishamilton Hamilton shared the following message on Instagram, hitting out at his fellow F1 employees Instagram – @lewishamilton He also spoke out about the ongoing protests which began in the wake of Mr Floyd’s death “There can be no peace until our so called leaders make change. This is not just America, this is the UK, this is Spain, this is Italy and all over.” “The way minorities are treated has to change, [and] how you educate those in your country of equality, racism, classism and that we are all the same. We are not born with racism and hate in our hearts, it is taught by those we look up to.” The aforementioned Sancho, who was booked for removing his Dortmund shirt to reveal the slogan on his T-shirt, was part of the England squad that was subjected to sickening racist abuse in last year’s Euro 2020 qualifiers in Montenegro and Bulgaria. He similarly posted on Instagram: “Solid performance from the team!! “Delighted to get my first career hat trick, a bittersweet moment personally as there are more important things going on in the world today that we must address and help make a change. AFP Sancho showed off his ‘Justice for George Floyd’ message after scoring for Borussia Dortmund George Bingham believes Mesut Ozil’s mammoth £350k contract is ‘the stupidest mistake Arsenal have made’ “We shouldn’t fear speaking out for what’s right, we have to come together as one & fight for justice. We are stronger together! #JusticeForGeorgeFloyd” His Dortmund team-mate Achraf Hakimi also revealed a ‘Justice for George Floyd’ message by lifting up his top after scoring. “Together we will defeat racism! Justice,” the Morocco international, who is on loan from Real Madrid, said on his Twitter account.,
TalkSport 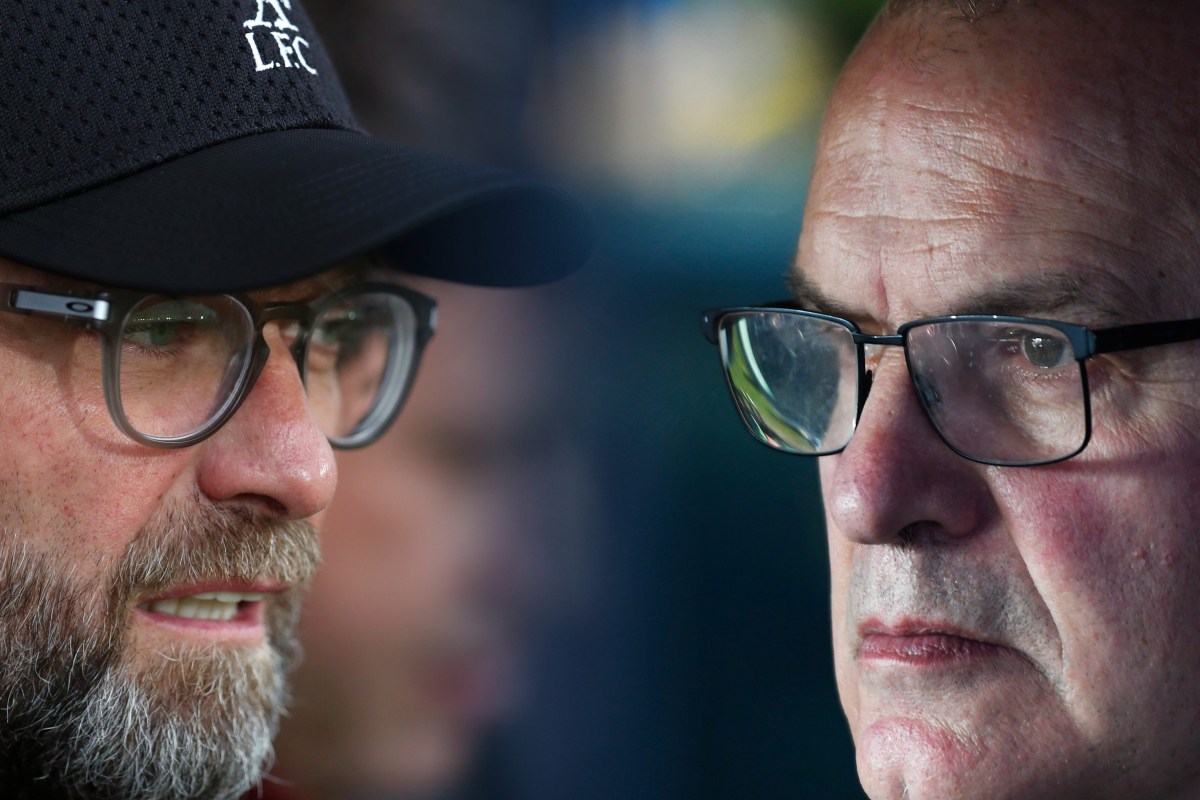 No Jordan Henderson and midfield injury woes for Klopp, as Rodrigo backed to start – Team news and predicted l 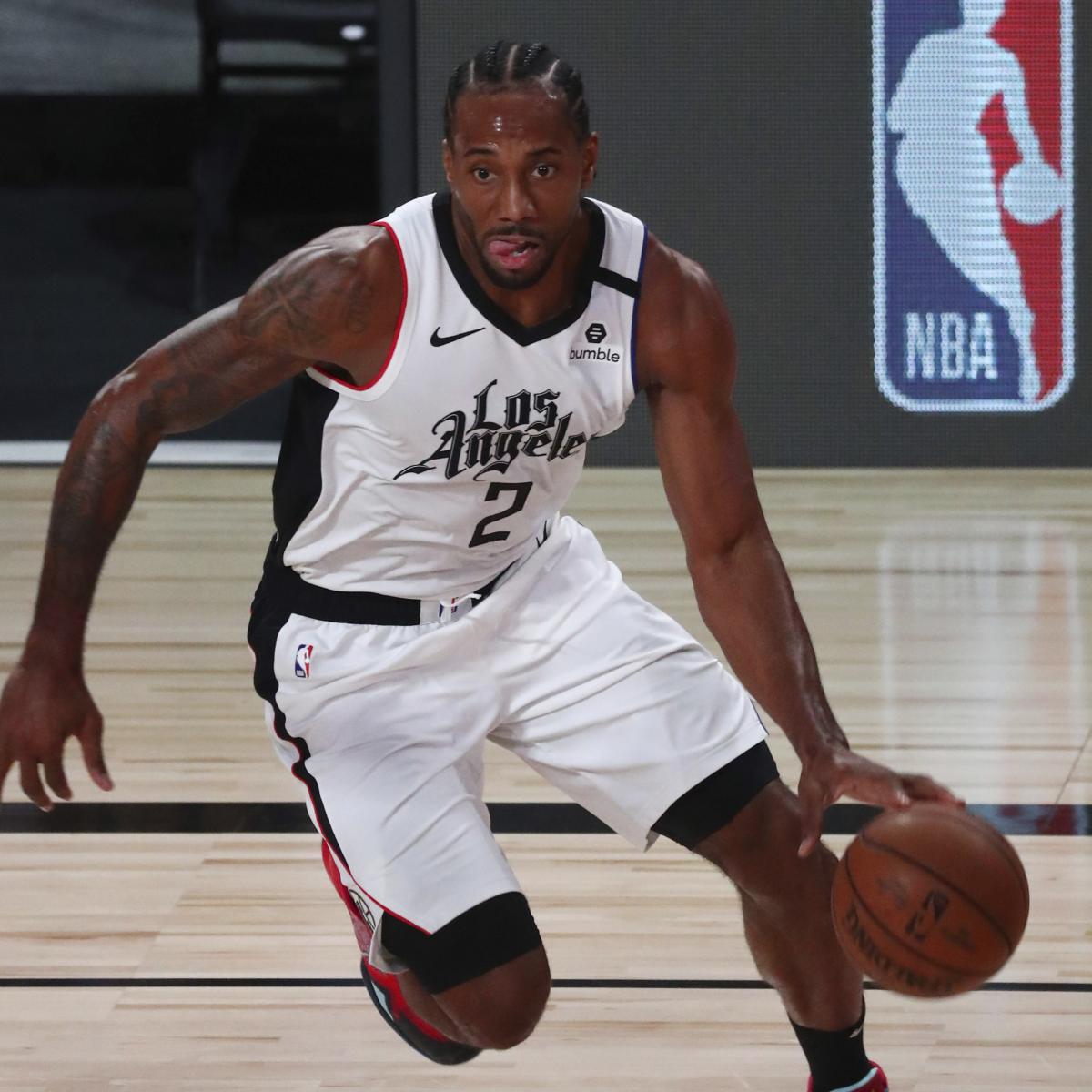 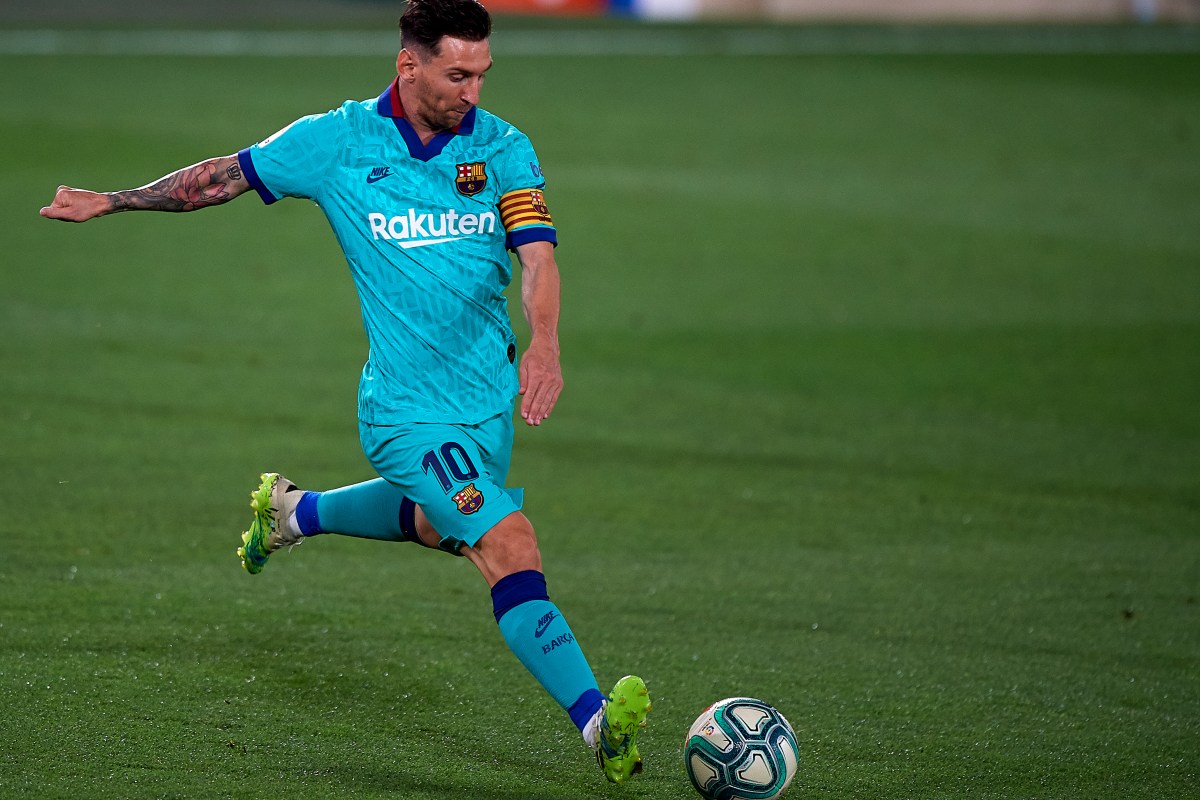