Before last Saturday, I knew the Bundesliga was a professional German soccer league, and I knew how to pronounce it. I did not, however, know how to spell it, which became a problem when I tried to Google it so that I could learn the name of at least one team.
It was very important that I learn about the teams, you see, because the Bundesliga is back.
Another STACKED weekend of @Bundesliga_EN is comin’ atcha! 📺🙌 pic.twitter.com/yTOt0Ljt3j

Sports are slowly starting to return after coronavirus shut-downs — Korean baseball has been on for a few weeks now, UFC is fighting fights, and NASCAR roared back into our lives last weekend. But for some reason, I latched onto the idea of German soccer, which started up again last Saturday, more than anything else. I suppose I just like saying the word, “Bundesliga,” and I keep telling myself I’ll get into European soccer. Now seems like a good time!
So I turned my attention to choosing a team.
The most popular clubs, as far as I could tell after spending a few minutes on the internet, seem to be Bayern Munich and Borussia Dortmund, who will square off in Der Klassiker on Tuesday. They are also currently the two best teams, so I had to rule them out, because I’m already a Boston fan. One person can only be so obnoxious. It’s also been a while since I suffered for sports, and we still have months before Jarrett Stidham takes the field for the Patriots.
So I was looking for a loser who was a lot of fun and would probably cause me considerable pain, which is a good description of the men I dated in my 20s.
Right now I feel like the Bundesliga is and has always been the only thing I care about in the whole world
— Charlotte Wilder (@TheWilderThings) May 16, 2020

Wolfsburg seemed like an interesting choice, because the club also has handball and badminton teams, and I’m a sucker for a good lawn game. I considered rooting for TSG 1899 Hoffenheim, because it’s the most German thing I’ve ever heard of, and who has a date in their team name?
But then I saw it. FC Köln’s logo. And I found the team I’d been in love with my whole life without knowing it.
🇺🇸 To all our US fans and friends – be it @1FCKoelnChicago, @EffzehNati or @TheWilderThings – we are live on your TV boxes with @FOXSoccer at on Sunday! 📺👀 pic.twitter.com/h2SakmzSRJ
— 1. FC Cologne (@fckoeln_en) May 22, 2020

The logo, my friends, is a picture of a goat standing atop Cologne’s famous Gothic cathedral. I clicked the Wikipedia page and learned that there has actually been a live goat present at FC Köln’s games since the 1950s, when a “circus entrepreneur” — whatever that is — gave one of the circus goats to the team. It was named Hennes, after player-turned-manager Hennes Weisweiler. Someone on Twitter told me that Weisweiler named the goat after himself, and while I don’t know if that’s true, I’m choosing to believe it because I love it. (The city of Cologne also hosts a famous carnival every year, which involves something known as “The Crazy Days,” so, yeah, here for it.)
Once I announced my decision on Twitter, it became clear that I’d made the right choice. Not only did fans chime in, telling me I’d picked the club most likely to break my heart with its record, but that it was known in Germany for being the wildest. FC Köln itself even tweeted at me, welcoming me to the fold, and sent me this message:
My best friend is a German soccer team pic.twitter.com/sjdCSGBYEi
— Charlotte Wilder (@TheWilderThings) May 19, 2020

Somehow, this all led to me talking to one of FC Köln’s top players, Kingsley “Easy” Ehizibue, at 7:30am on Thursday. I wanted to know what it was like to play for the German soccer equivalent of John Belushi’s character in Animal House.
“Cologne is a great city,” Ehizibue said. “The fans are great. And not only the fans, but the organization, the people, my teammates. Everyone is so lovely, everyone is so humble and open, and we help each other. You have a lot of crazy guys. Everyone is crazy, really. Everyone is crazy but so nice — the vibe is so good.”
Crazy but nice? That’s me on a good day. I’m all in.
Don’t mind me just casually interviewing Kingsley “Easy” Ehizibue, one of the stars of @fckoeln_en, my absolute favorite team in the whole world that I have loved with my whole heart for my entire life pic.twitter.com/m9OZxoD7Mo
— Charlotte Wilder (@TheWilderThings) May 21, 2020

The team’s first game back since quarantine was last Sunday. I didn’t get to see the fans in action, because there are none in the stands at the moment. I was excited nonetheless; I woke up that morning with my heart beating out of my chest at the idea that I’d be able to watch my favorite team in the world that I have been rooting for my whole PLAY A LIVE GAME. I fired up the FOX Sports app (shoutout to my employer!) on my phone because I was too lazy to turn on the TV, and proceeded to lie in bed staring at the tiny screen for two hours.
I was transfixed. FC Köln is pretty good! They were up 2-0 and I was feelin’ groovy about it, although Mainz staged a comeback in the second half. I didn’t initially find it weird not to have fans present. But then Köln scored and…nothing. The game just continued.
“It’s a really strange feeling,” Ehizibue said. “When you’re on the pitch, you don’t really realize that — but when we have a chance to score, or something happens, then you hear nothing. And normally you’d hear ‘ahhh, ahhh!’ And now you’re like, s—.”
Not a bad time for Florian #Kainz to score his first ever header 👏
Here’s a look back at our second goal against Mainz, including that perfect cross from Dominick #Drexler 🤩 #effzeh___Play of the Week is presented by @uhlsportUK pic.twitter.com/mCDVFaYBqK
— 1. FC Cologne (@fckoeln_en) May 19, 2020

With a tied game, I couldn’t help but wonder if Köln felt that absence of energy that would have come from the stands.
“Yeah,” Ehizibue said. “We were up 2-0 before on Mainz, and then they came back with 2-2. I think with fans, it would never happen. But it’s also something we have to work on, because we weren’t so disciplined in the last few minutes.”
On Sunday, Köln plays Dusseldorf. Ehizibue is feeling good — he thinks Köln is the better team, and since it doesn’t really matter whether you play at home or away right now, a road game won’t be an impediment. I’m looking forward to watching as though the Red Sox were in the World Series.
Because to be honest, what started as a bit, a funny joke about a team whose mascot is a billy goat, has turned into something I truly care about over the past week.
I miss sports and I miss the rhythm they provide. Picking a new team to obsess over feels almost like a fresh start when everything seems to be ending or perpetually paused. FC Köln has been a little gift when the constants I accept every year without thinking twice have gone away. Everything might be different, but at least I have something new to be excited about.
And if I can’t actually party right now, at least I can root for a team that does. 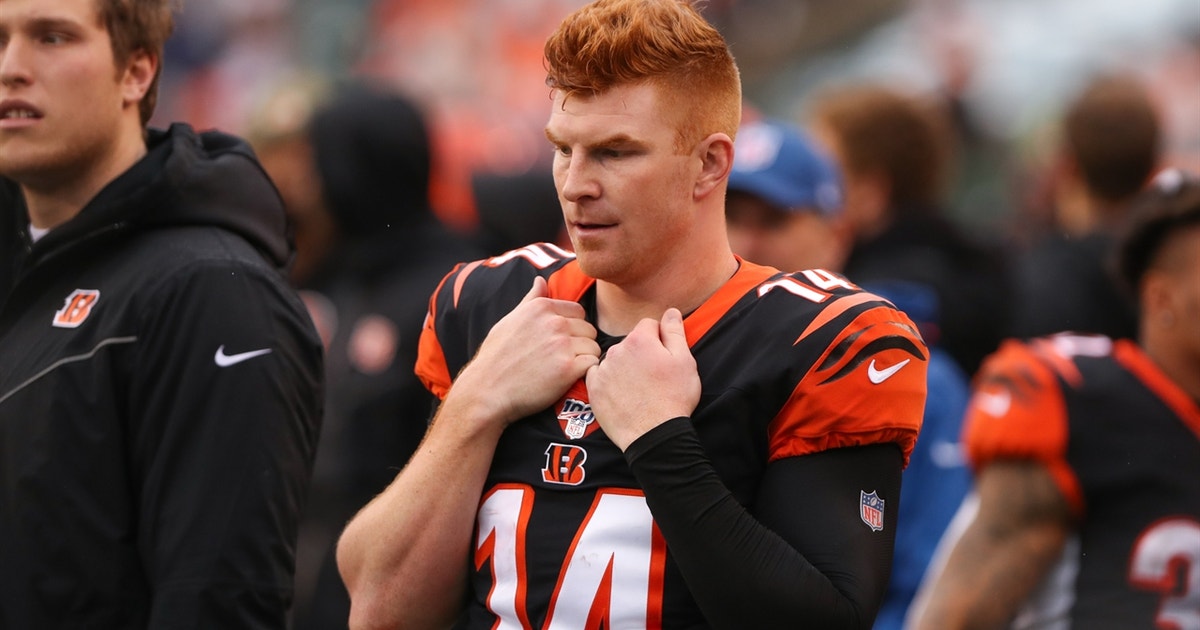 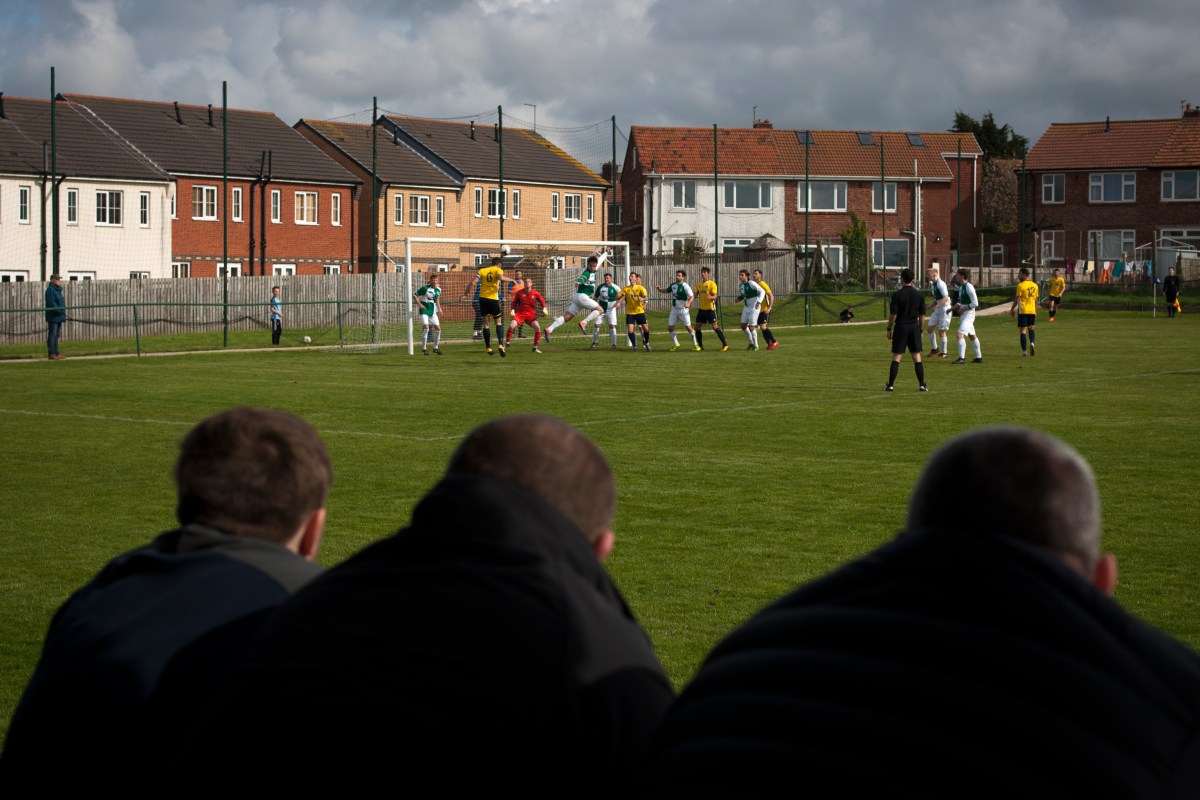