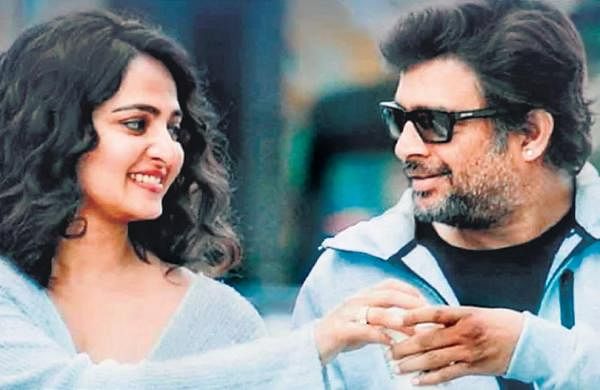 Express News Service
R Madhavan begins the video call by taking off on the title of his film, Silence, that’s hitting Amazon Prime Video this Friday. “To be silent has become a challenge,” he turns philosophical. “Left to yourself without your phone or social media, how comfortable can you be with yourself ? How much are you able to stay in touch with your inner self ?” The conversation naturally veers to the how of this film.

“After wrapping up Rocketry, I was waiting for the first edit when producer Kona Venkat approached me with this film. It was initially planned as a silent film and I was intrigued, and the fact that it was going to be shot in the USA made things convenient for me as I was there for my son’s swimming training.” Excerpts follow:

You made your OTT debut with Breathe, and now, you have a feature film getting a digital release. How do you see things having evolved?
Silence was shot keeping a theatrical release in mind. The charm theatres have is unique. Breathe though was made for the OTT space, which is a boon, in a sense. Let us remember that every year, we produce around 1,300 films across the country, which means that we should have four new releases every day. But yes, some films are to be enjoyed only in the theatres and in the midst of a community experience. It is a feeling OTT platforms cannot provide. In fact, when I realised Silence was going to get a digital release, I was initially apprehensive. But then, we must remember that a film that gets out on an OTT platform will survive there for years on end and can be viewed multiple times. It tells you that even during the worst times, some good things will happen.

You worked with Anushka in her first Tamil film, Rendu. Now, more than a decade later, what is it like to work with her again?
I remember her as a beautiful, charming new actor. Fourteen years laters, she is still very much the beautiful, charming person she was, but I’m proud of her now to see how passionate she is about cinema and how involved she gets about it. After Baahubali, she has become a huge star but is still humble and lovely to work with. I play an international cello player who gets depressed after his wife cheats on him. Anushka too is an artist in the film, a painter who cannot speak or hear. Just when they are on the cusp of a beautiful relationship, there is a twist, and the story follows.

How did your own evolution as an actor benefit your performance in this film?
We have barely had any silent films since Kamal Haasan sir’s Pushpak. And as I said, I was excited that the film was originally conceived as one. But once we started work on this thriller/whodunnit, the makers decided not to be indulgent and so, dialogues, even if minimal, were added. We were joking about how almost all of them have made it to the trailer (laughs). As an actor, I wanted to learn the cello to get the flair of a renowned artist. But I couldn’t learn to play even a tune though I figured out how to act like a musician. When I came to South films, they called me a Hindi actor and when I went to do Hindi films, they branded me a Tamil actor. I always did films by forgetting everything, relying on my life experiences, and keeping the honesty of the character in mind, without worrying about projecting myself—be it Tanu Weds Manu or Anbe Sivam or Irudhi Suttru. I realised that true heroism comes in showing your actual confidence as an actor. I have learned this from bigger actors like Aamir Khan to let characters do what they are supposed to.

Is it a deliberate choice to steer away from roles that once defined you as a ‘chocolate boy’?
I don’t want the younger generation to look at a film and laugh. I try a variety of subjects with their set of risks. Those around me may not be encouraging of such attempts, but the audience has evolved to offer mature comments about such films. Many who have worked with me ask why I haven’t teamed up with them again, but I’m not able to tell them that they haven’t evolved, and any repeated collaborations would turn out to be a failure. They have asked if I can do action like in a film like Vikram Vedha or a role like in Rocketry, and I have done it due to a certain courage. I’m soon going to be 51 and they tell me that if I dyed my hair, I could still pull off younger roles. But I believe we must be ready to let go of the burden of such expectations. It’s when you are unable to make that graceful transition from being an Alexander to an Aristotle that all your problems arise— right from politics to cinema, full of people unable to take a back seat.

How have you envisioned your future as an actor?
The younger generation will always come up with newer ideas and I hope I have the wisdom to adapt to it and be relevant like Mr. Amitabh Bachchan is today. If I must do romantic films, they need to be age-appropriate. We have a lot of romance left, even at my age, and it can be a yardstick for the young ones to see what romance they should engage in at a younger age. I don’t think I can do something like Alaipayuthey again though. I am seeing many older heroes romancing younger heroines and I feel bad for both of them. I would retire before I feel compelled to do something like that.

Market value for actors typically get determined by how well a theatre release does. How does this system work for an OTT release?
You don’t get the euphoria of a Friday night release, or reports from theatres, and yes, those factors determine your popularity. However, it’s profitable for a producer to release films on an OTT platform. For example, my film with Kamal Haasan, Anbe Sivam, was declared a flop, and later, became a cult film when nobody could make revenue out of it. Now, the situation is different. If Anbe Sivam had released on OTT platforms, it would have made so much more money. Tanu Weds Manu and 3 Idiots are some of the biggest blockbusters in terms of return on investment in the film industry, but my salary didn’t go up. We must be sensible and perceptive to true success. For all of this to happens, analytical data is important, and soon, I believe it will be available. I have a promising lineup of films that gives me the jitters. I am already accused of being a lazy actor and giving films only once every three years. I want to make sure that any of my films that eventually come up don’t turn out to be a dud. After Silence, I have Maara that will also be out on Amazon Prime Video. There is also Rocketry: The Nambi Effect, and so, I hope that the complaint about my laziness does not crop up again.

As you have in grown in stature as an actor, your participation in other departments of filmmaking seem to have increased too.
It is true that I share the benefit of my experience if I think that’s the best way for the film to progress. But when you do a film with a filmmaker like a Mani Ratnam or Rajkumar Hirani, I remain content with being an actor. Sometimes, apart from being an actor, I must wear a producer’s hat when the financial situation of the project goes awry. Sometimes, I wear a director’s hat when I think a younger filmmaker needs to understand the nuances of storytelling. Sometimes, I wear a mentor’s hat when the film has to become a viable project for the producer. I knew that OTT platforms would become a big deal a decade ago. All those people who didn’t take my predictions seriously, are now asking how I guessed it. Mani Ratnam sir himself has stepped into the world of OTT platforms now. I am certain that next, there will be a new platform where artists can put out their own content and will be able to monetise it on their own without having to sell it to anyone.

Considering you are making your directorial debut with Rocketry, can we expect more from Madhavan, the director?
I don’t know if I have what it takes to become a director. I had to direct Rocketry due to circumstances. I have taken it in the direction I wanted to, thanks to having the right technical knowledge, although that doesn’t necessarily make me a good director. I know people won’t forgive me if my experimentation goes wrong, so I try to be careful with the art. I can see though director Madhavan is an actor’s director.