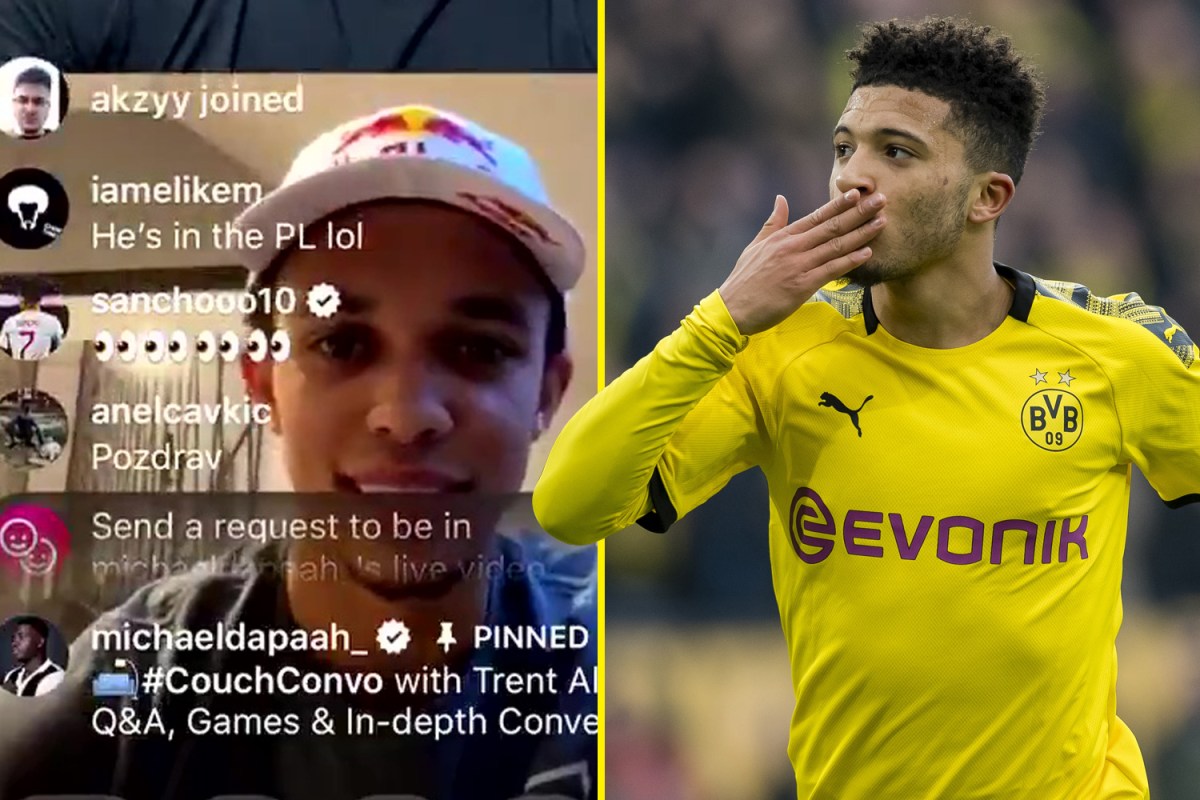 Jadon Sancho has teased a potential transfer to Liverpool in a response to Trent Alexander-Arnold’s Instagram Live.
The 20-year-old Borussia Dortmund forward was a keen viewer as England teammate Alexander-Arnold praised his abilities while talking to actor Michael Dapaah.

Alexander-Arnold said: “If he came to us, he’d make our team better.
“So I’d be more than happy for him to come. I played with him for England and he’s a special, special, special, special talent.”
Sancho then commented on the video and teased fans with four ‘side-eye’ emojis.

Liverpool are understood to have interest in Sancho but Manchester United are believed to be frontrunners for his signature.
Like Alexander-Arnold, Red Devils forward Marcus Rashford has similarly gushed over Sancho online.
In a recent Instagram Live with Bleacher Report, Rashford said: “It would be good [if Jadon Sancho joined United]. Sancho is a great player.
“He’s like the new generation player. It’s definitely exciting to watch the player he’s becoming – hopefully we can all play together. That would be good.
“He plays off the cuff, he’s creative, he’s imaginative and I think they’re the thing in this generation that you need.”

Danny Mills not convinced Jadon Sancho would want to move to Man United
The latest reports suggest that United are willing to offer Sancho the no.7 shirt – a jersey George Best, Eric Cantona, David Beckham and Cristiano Ronaldo have worn.
He has also been linked with Chelsea, where he could team up with the likes of Callum Hudson-Odoi and Tammy Abraham.
Hudson-Odoi, who spoke to Dapaah last week, said: “Me and Sancho are mad close, we talk every other day, always seeing how each other are and how we’re doing.
“We make sure that we’re both doing well, obviously he’s doing amazing and having a great season.
“We’re always making sure each other is good. Obviously he’s a great player, I love playing with him – he’s a great player to play with.” 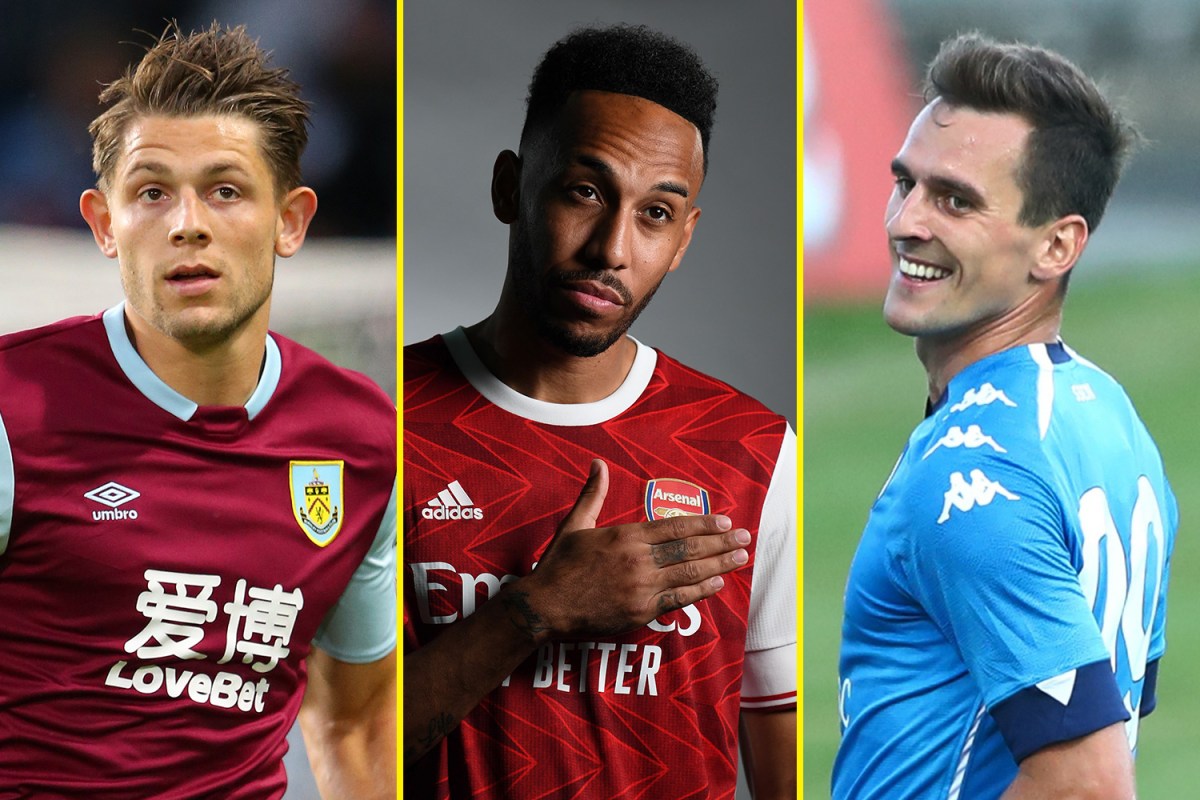 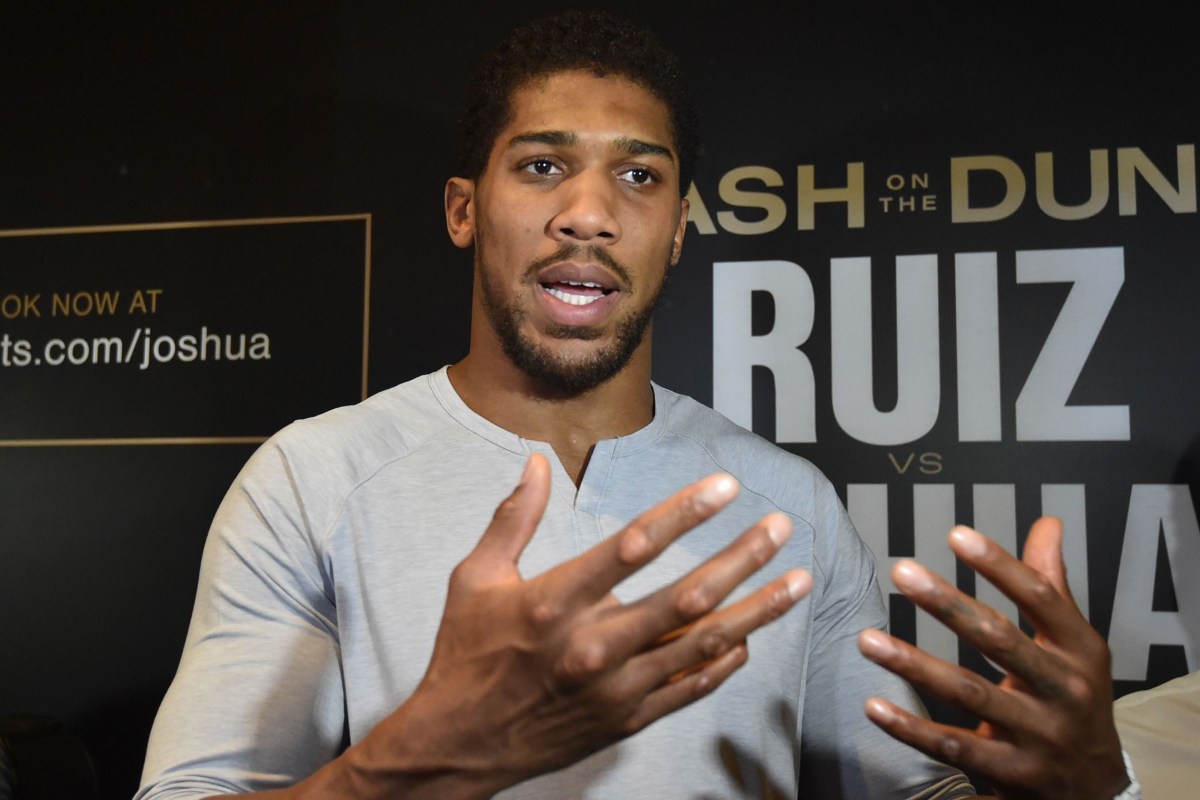