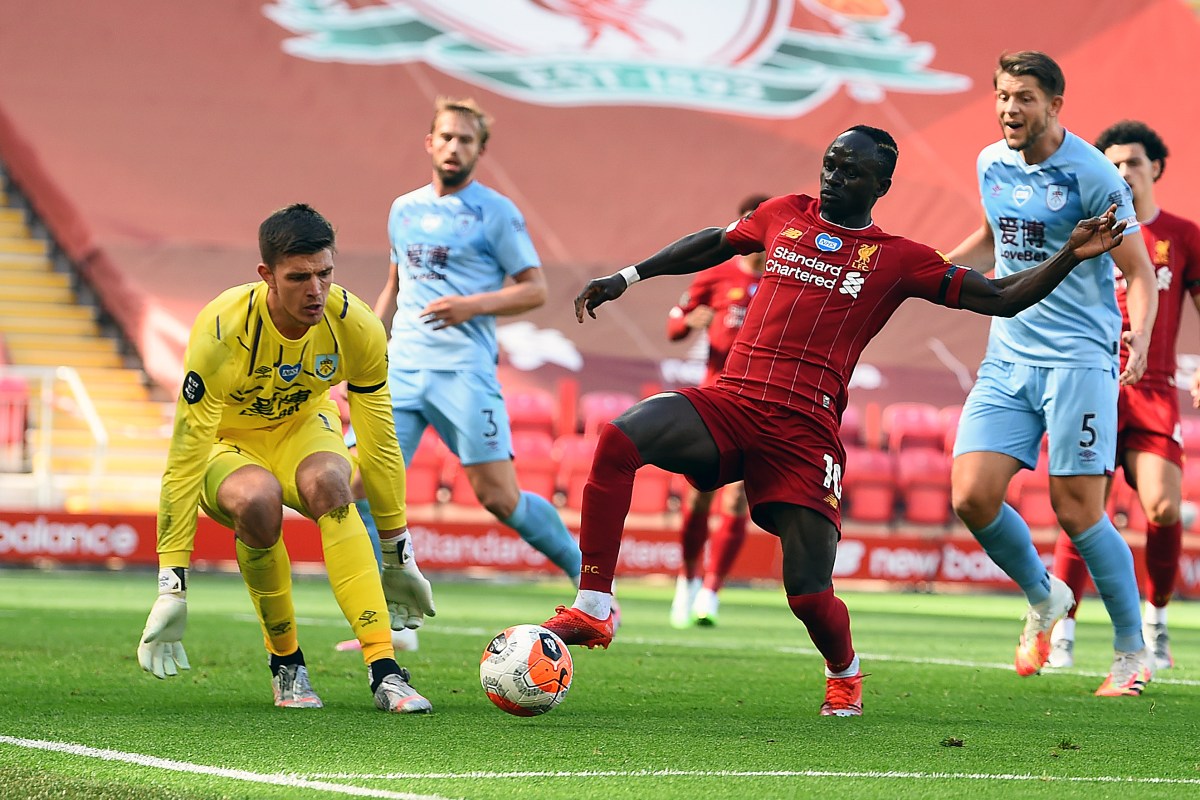 Liverpool’s incredible Anfield winning streak and hopes of securing a historic 100 per cent home record are over after the Premier League champions were held to a draw by Burnley. The Clarets were the first team to stop the Reds from winning at home this season, despite a largely one-sided affair on Merseyside on Saturday. And that was largely down to Clarets goalkeeper Nick Pope, who starred with a performance that will serve as another audition to become England’s new number one. getty Nick Pope was in fine form to deny the likes of Sadio Mane, Mo Salah and Roberto Firmino The 28-year-old pulled off a number of stunning saves in the first-half to thwart the hosts, with Roberto Firmino, Mohamed Salah and Sadio Mane all going close. Andy Robertson eventually gave the Reds the lead with a lovely header in the 35th minute, but if not for Pope it could easily have been 4-0 to Liverpool at half-time. It was a familiarly stubborn display for Sean Dyche’s men, and they managed to pull level totally against the run of play in the second-half courtesy of an assured finish from Jay Rodriguez. Firmino came closest to putting Liverpool back in front when his sidefooted finish hit the post, but in the end the champions were fortunate to even come away with a draw, after Johann Berg Gudmundsson rifled a shot onto the crossbar in the dying stages after Alisson flapped at a corner. Liverpool kept pushing forward in the closing stages, but Burnley held on, with Jurgen Klopp’s side dropping points at home in the Premier League for the first time since January 2019. getty Liverpool fell at almost the last hurdle as their winning run at Anfield came to an end at 34 straight games The result also puts a dent in their quest to break Manchester City’s 100-point record, now requiring victories in their final three matches if they are set a new mark of 102. But at least their proud three-year, 58-game unbeaten home league record is still in tact, thanks to the width of the crossbar after Gudmundsson’s late scare. Liverpool were hoping to become the first Premier League team to claim a historic 100 per cent home record in one season. They came so close, with their record coming to an agonising end with just one match to play, and you could have guessed Burnley would be the team to stand in their way. Given their confidence at home, and despite fielding a much-changed side that featured 19-year-old duo Curtis Jones – making his full Premier League debut – and Neco Willians, the first-half was predictably one-sided. Liverpool overwhelmed the Clarets, swarming their box throughout the first half, but as brilliant as Pope was in the Burnley net, the hosts’ finishing was wayward at best. It took a moment of real quality from Robertson to open the scoring. getty Robertson scored only his fourth goal for Liverpool with a fantastic header getty The Scot turned from provider to scorer as he got on the end of Fabinho’s cross After sending in cross after cross from the left, it was when the Scot got on the end of one from Fabinho that the Reds finally beat Pope and found the net, the full-back producing a brilliant curving header that, by their expressions, surprised even his teammates. Liverpool’s dominance continued in the second half as, after a brilliant through-ball from Salah, Firmino hit a post with a miss-hit shot that looked as though it was travelling slow-motion as the ball beat Pope but bounced back out off the woodwork. They had further chances from Salah – frustrated in his pursuit of another Golden Boot – the improving Jones and Fabinho, but their lack of clinical touch was duly punished. getty Rodriguez produced the sort of clinical finish the entire Liverpool front line appeared to lack as he snatched a draw for Burnley A defensive lapse saw the Reds fail to deal with a 60-yard punted free-kick into their penalty area, as Rodriguez fired home James Tarkowski’s knock on to leave the hosts stunned. Pope continued to frustrate Klopp’s side, denying substitute Trent Alexander-Arnold and Mane, but it was Burnley substitute Gudmundsson who almost snatched a remarkable win when his volley sailed over Alisson but rattled the woodwork.,
TalkSport 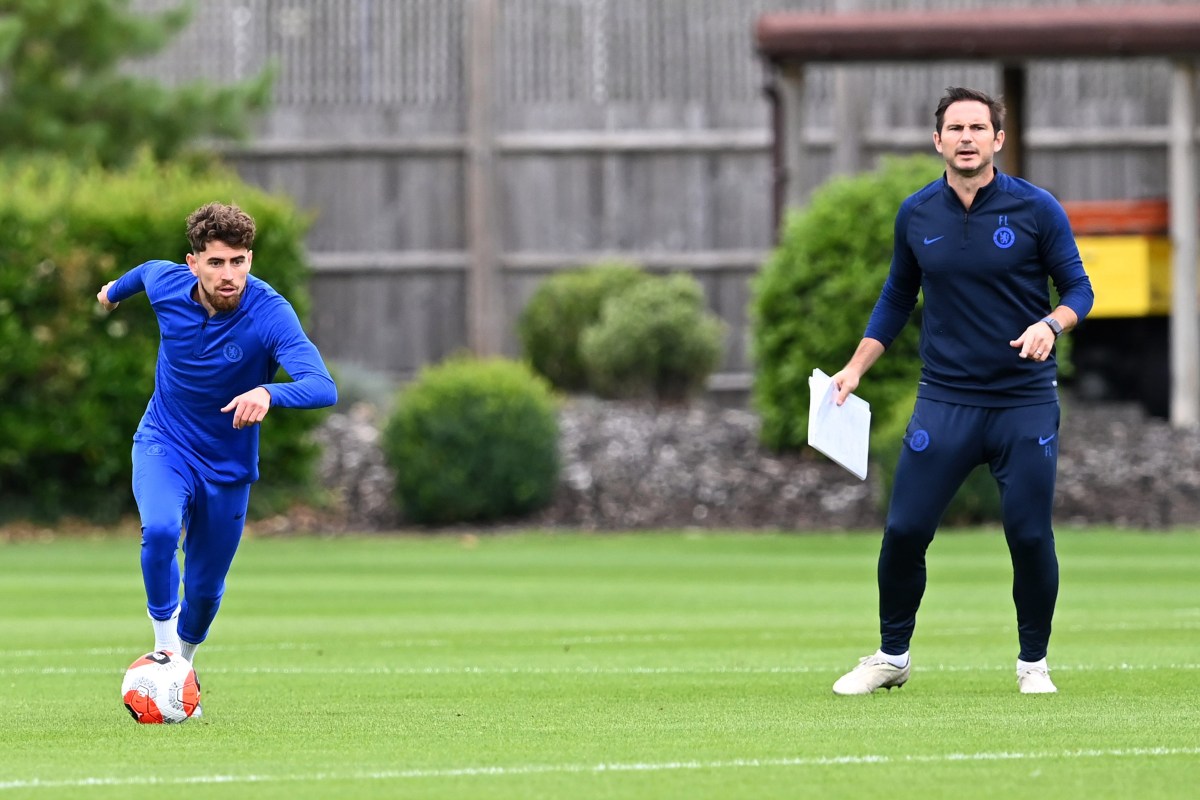 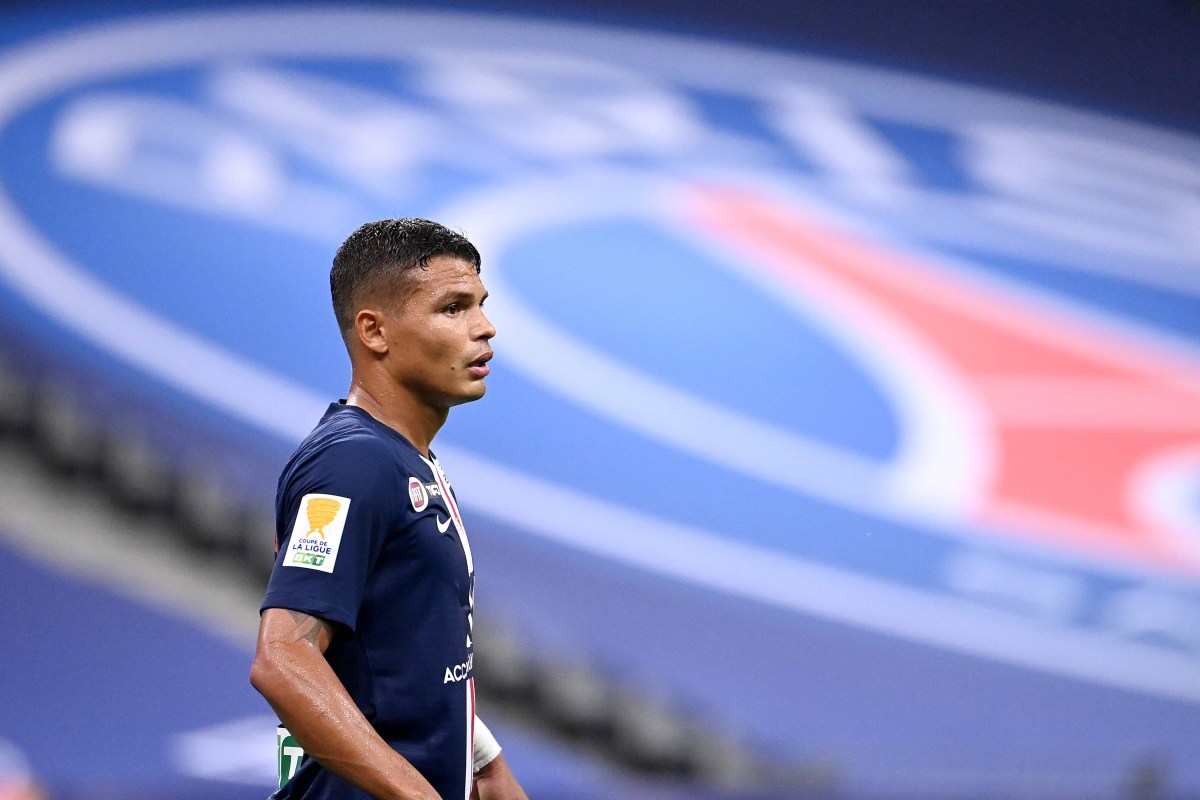