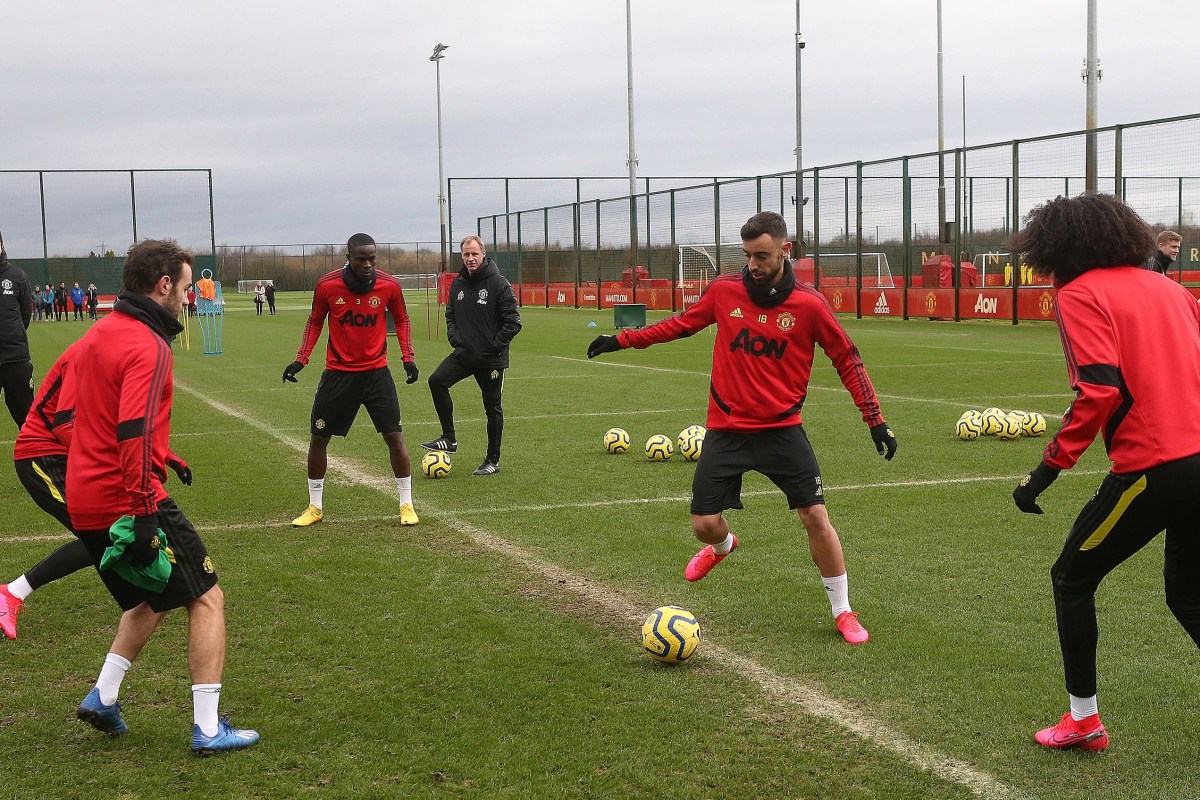 Manchester United assistant coach Kieran McKenna has revealed the club are optimistic of their players returning to training in May, but have several back-up plans if the coronavirus lockdown is extended.
A ball hasn’t been kicked in the Premier League since March due to the coronavirus pandemic, and the 2019/20 season was suspended indefinitely last month, just as United were starting to gain significant ground on the top four courtesy of an 11-match unbeaten run in all competitions.

Manchester United are hoping their players can return to training in May, unless the Government lockdown is extended

United, like most top fight clubs, have given each of their players individual and group fitness plans to adhere to during the lockdown, which will be next reviewed by the government on May 7.
And United are working on the premise that they might be able to welcome the squad back to their Carrington training centre if some restrictions are eased – as the likes of Bayern Munich and Borussia Dortmund have done in Germany.
It is claimed there are a number of Premier League sides currently planning to welcome their players back to training in just TWO WEEKS, on May 9.
But McKenna insists the Red Devils have alternative strategies in place in the event the lockdown is extended.
“At the moment, we are working towards, touch wood, the lockdown loosening after the next deadline and being able to return to some sort of training,” McKenna said on the United app.
“We are working to that schedule at the moment but, if we have to push back again, we have got a plan B and plan C already prepared.”

A ball hasn’t been kicked in the Premier League since March because of the coronavirus crisis, and a return date, or whether the season will ever be resumed, remains unknown

The Premier League has given no firm indication of whether the season will be completed to its conclusion and all manner of speculation has abounded in the weeks since the decision was taken to halt football in this country.
If football does get given the green light to resume soon, McKenna believes finishing the league campaign should be the priority ahead of the FA Cup.
He said: “I think everyone is probably aware that the league has to take precedence in terms of if there was a limited timescale. That is something that has been discussed.
“Obviously the FA Cup is important for the country and important for us as a club as well. The schedule is looking tight towards the end of the season. It seems the European competitions are really keen to start in August as well.
“So that probably tightens the schedule a little bit.”

‘I can’t tell my players to put their pregnant wives at risk by playing’ – Charlton boss Lee Bowyer claims this season will NEVER be finished
What is not in question is all players will need a training block to get back up to speed.
McKenna, though, said: “They are maintaining a higher level of fitness and certainly training at a higher level than an off-season, so we don’t expect there to be too much of a drop-off in terms of fitness and general conditioning.
“At the moment, we are working off the premise that we’ll have a short window of training, maybe three weeks or so, before we return.”
The absence of football has allowed the likes of Paul Pogba and Marcus Rashford to get closer to full fitness.
Pogba has not featured since Boxing Day, playing just eight times throughout an injury-hit season, while Rashford has been out since mid-January with a back problem.

Manchester United will at least be boosted by the returns of Paul Pogba, Marcus Rashford and other injured stars when the campaign resumes

On the prospect of having them available again soon, McKenna added: “Yeah, it would be nice. Obviously, those are two massively talented players who you are talking about and we have not really had them all season.
“Luke (Shaw) and Anthony (Martial) were picking up injuries in the first half of the season, with Scott (McTominay) picking up injuries, all missing most of the season, and obviously Marcus being a big miss as well, so we haven’t really had a full complement to pick from all season.
“If we can get to a point where we get everybody back in, then it’s certainly good competition for places in some positions, and also a chance to rotate, which we haven’t always had the possibility to do.” 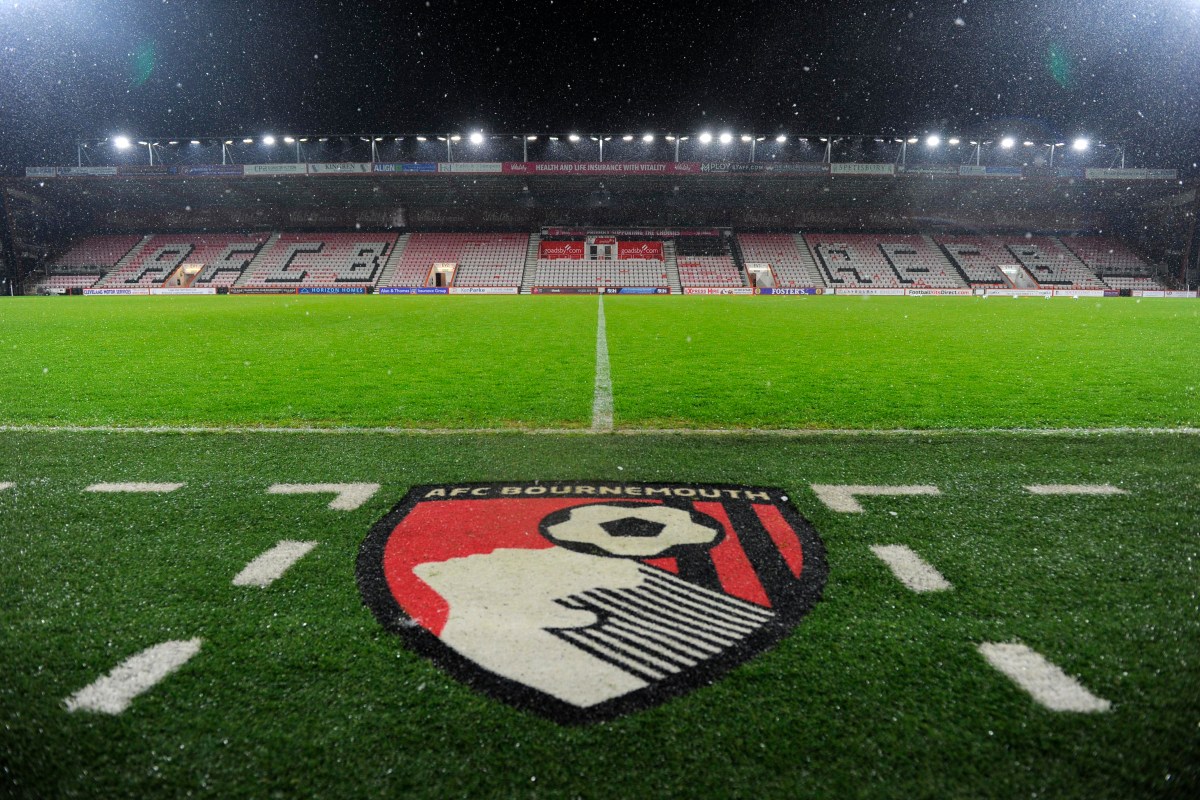 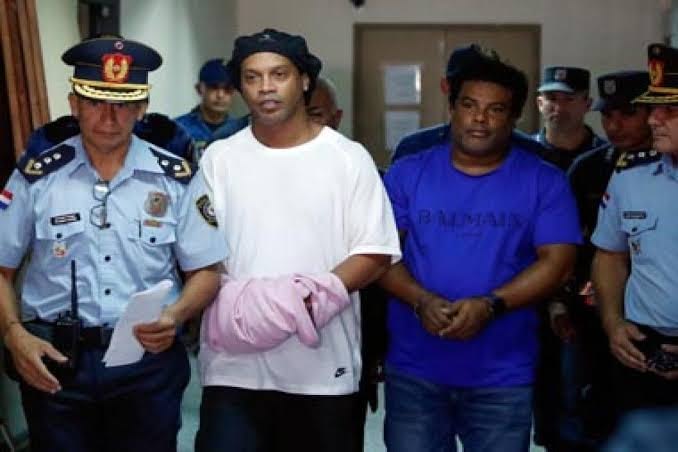 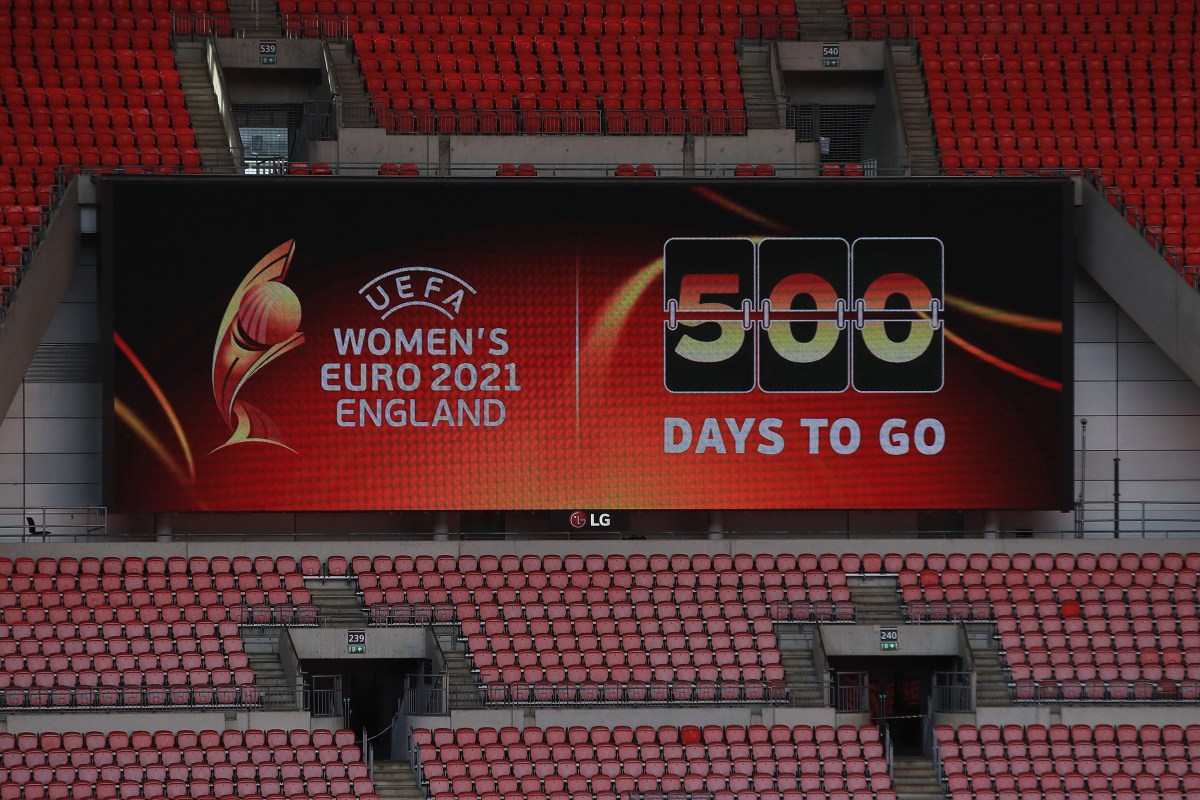