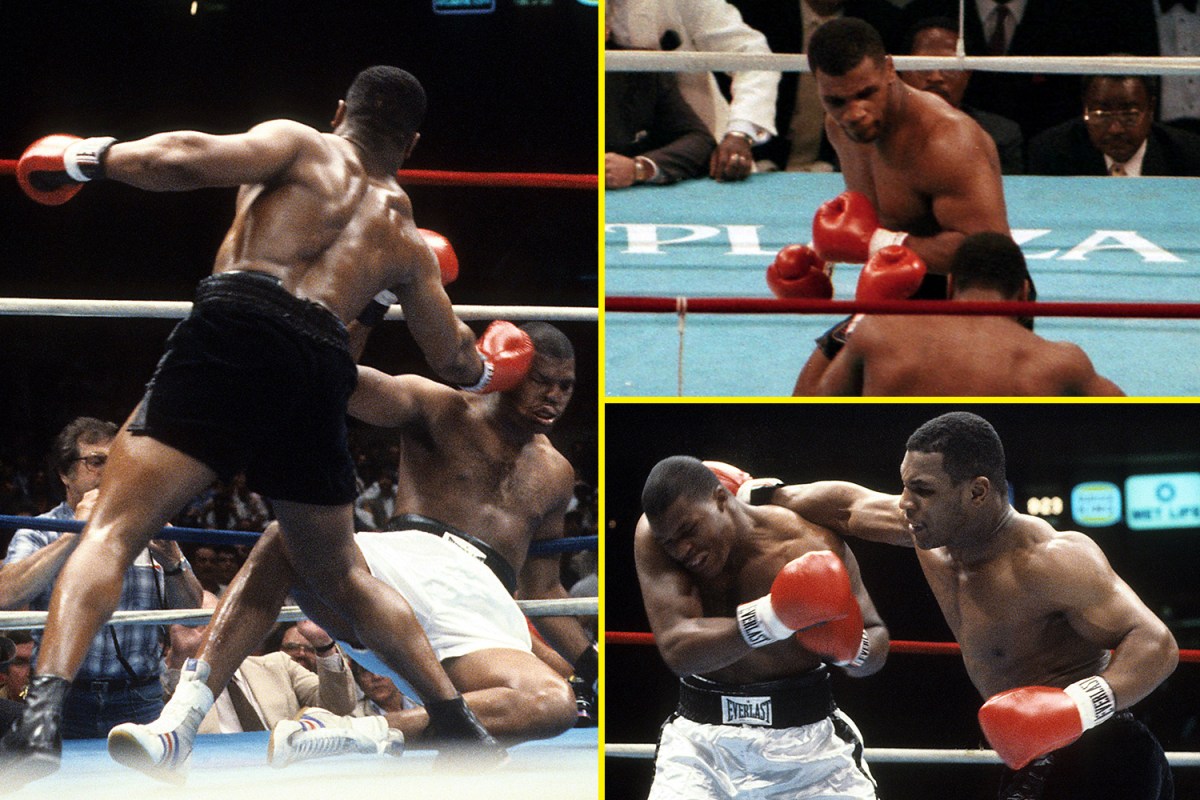 Mike Tyson was undoubtedly one of the most devastating punchers boxing has ever seen. Despite his small stature at 5ft 10ins tall, the relentless aggression, lightning speed and raw power of the young Tyson saw him smash through numerous opponents to undisputed become world champion. Getty Images – Getty Mike Tyson tore through the heavyweight division in his youth ‘Iron Mike’s’ record of becoming the youngest champion in boxing history, at just 20 years old in 1986, still stands today. He obliterated Trevor Berbick to win that belt and then decimated Michael Spinks two years later to confirm his dominance as ‘lineal’ heavyweight king. Even after his troubles in and out of the ring, Tyson retained his power and scored some brutal KOs later in his career too. However, by this point his wider talent was fading and so the majority of his best finishes came in his younger days. Check out our ranking of Mike Tyson’s 12 most ferocious KOs below. GO FOR IT Haye supports Tyson and Holyfield comebacks, ‘What’s the worst that can happen?’ real deal ‘Humble’ Holyfield was like a ‘tiger’, lauded by Tyson as the best he ever faced don’t do it Tyson’s ex-sparring partner and fellow boxing icons warn against Holyfield bout INSIDE WWE ‘What if he misses?’ – Jericho was terrified about letting Tyson KO him RECOVERY Ricky Hatton praises ‘proper man’ Tyson Fury for mental health turnaround REALITY Dave Allen: ‘I’d beat Mike Tyson at 53. For that reason, he should never box again’ DON’T DO IT Ricky Hatton hopes there will be no Mike Tyson comeback fight, ‘I don’t get it’ LESSON Floyd Mayweather gives boxing masterclass to Devin Haney as he trains young champion the real deal Holyfield names the hardest puncher he ever faced – but it is not Mike Tyson Revealed Mike Tyson on his only fight in prison, earning respect and being visited by Tupac 12. Clifford Etienne, 2003 (Round One – 49 seconds) At 36, Tyson was clearly on a downward spiral in terms of his career, but kept fighting regardless. He flattened Clifford Etienne with a right hand inside the first minute, but this fight turned out to be his last win. 11. Donnie Long, 1985 (Round One – 1 minute 28 seconds) Tyson was just 19 when he had his ninth fight against Donnie Long, who claimed he could punch better than ‘Iron Mike’. It didn’t work out as planned for Long, who was wiped out in the first by a series of hooks and uppercuts. 10. Carl Williams, 1989 (Round One – 1 minute 33 seconds) In 1990, Tyson was knocked out by Buster Douglas in boxing’s greatest upset. The fight before saw him at the peak of his powers with an aura of invincibility still in tact. He sprung Carl Williams with a single left hook to end the bout. 9. Lorenzo Boyd, 1986 (Round Two) As he continued to build experience, Tyson fought 19 times within the space of a year before challenging for the world title. Lorenzo Boyd was another of these preparatory victims, put out by a lethal body-to-head combination. 8. Francois Botha, 1999 (Round Five) Francois Botha was Tyson’s first bout back after disgracing himself by biting Evander Holyfield in their rematch. He started poorly, prompting commentators to say, ‘That is the mark of a shot fighter, when he can’t get off punches.’ Mike replied by destroying Botha with a single right hand. 7. Don Halpin, 1985 (Round Four) In just his third professional fight, Tyson showed signs of the relentless aggression that would both make and break him at times later in his career. As he finished Don Halpin, the 19-year-old smashed his opponent with a stunning uppercut while he was already on the canvas. 6. Marvis Frazier, 1986 (Round One – 30 seconds) Just after turning 20, Tyson had one of his first marquee bouts as he took on Marvis Frazier – the son of legendary champion Joe Frazier. Tyson catapulted himself by earning his quickest ever win, demolishing his foe in half a minute, 5. Trevor Berbick, 1986 (Round Two) Tyson became the youngest champion in history by taking out Trevor Berbick in two. A hard left hook floored the title-holder and left him dramatically staggering around the ring, repeatedly falling back to the canvas as he attempted, in vain, to beat the count. 4. Reggie Gross, 1986 (Round One – 2 minutes 36 seconds) One of the most iconic moments of Tyson’s early career came when Reggie Gross hurled punches at him, only for the seemingly invincible youngster to dodge all of them before flattening his foe with a single left. Gross did make it back to his feet, but was stopped moments later. 3. Henry Tillman,​ 1990 (Round One – 2 minutes 47 seconds) As amateurs, Henry Tillman beat Tyson twice before going on to win Olympic gold. However, Tillman did not adjust as well to the pro game and so was used as a comeback fight for ‘Iron Mike’ after his defeat to Buster Douglas. Normal service resumed for Tyson with a huge one-punch KO. 2. Larry Holmes, 1988 (Round Four) Holmes was a legendary long-reigning champion who took two years out after being dethroned by Michael Spinks. He returned to challenge new champion Tyson, but was torn apart by the ferocious 21-year-old at his peak. 1. Michael Spinks, 1988 (Round One – 1 minute 31 seconds) Tyson was undisputed champion with all three major belts, but Michael Spinks still held the ‘lineal’ and Ring titles from beating Larry Holmes. ‘Iron Mike’ erased all doubt over who the true champion was by destroying Spinks in the first round – his greatest KO and performance.,
TalkSport

The key questions on the impact of coronavirus on football 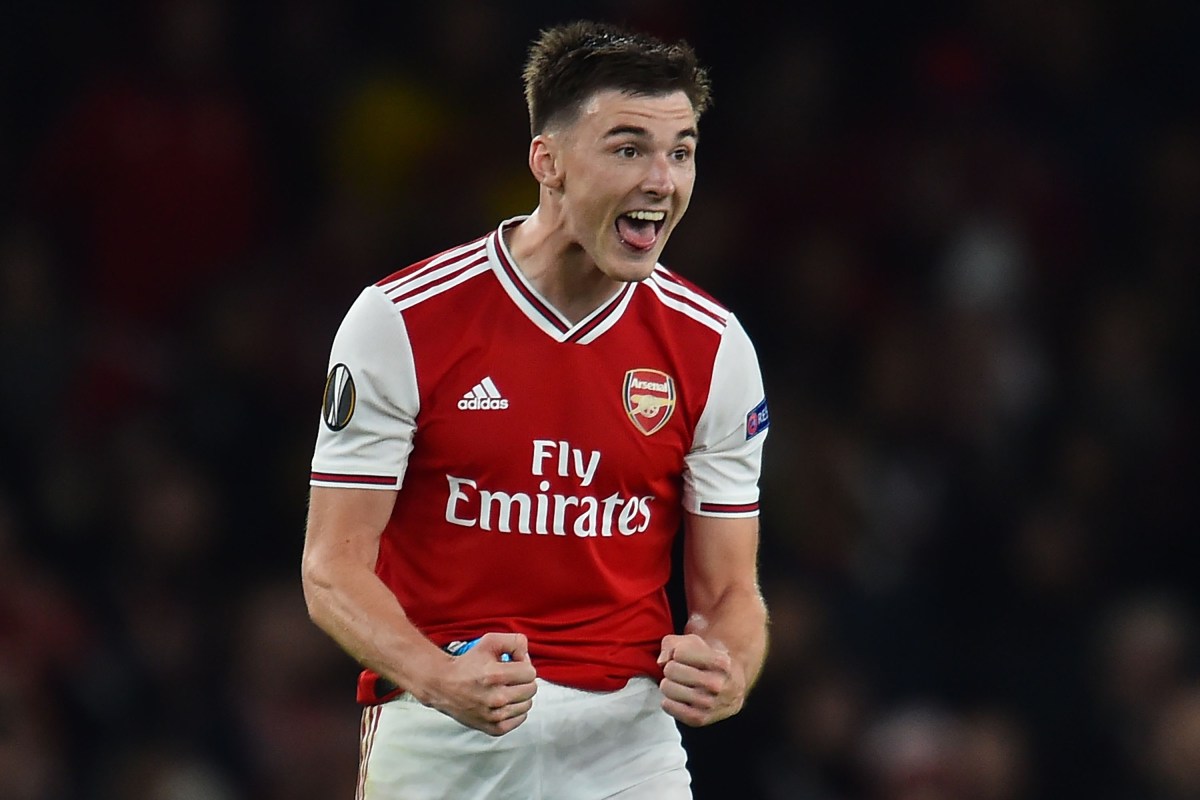 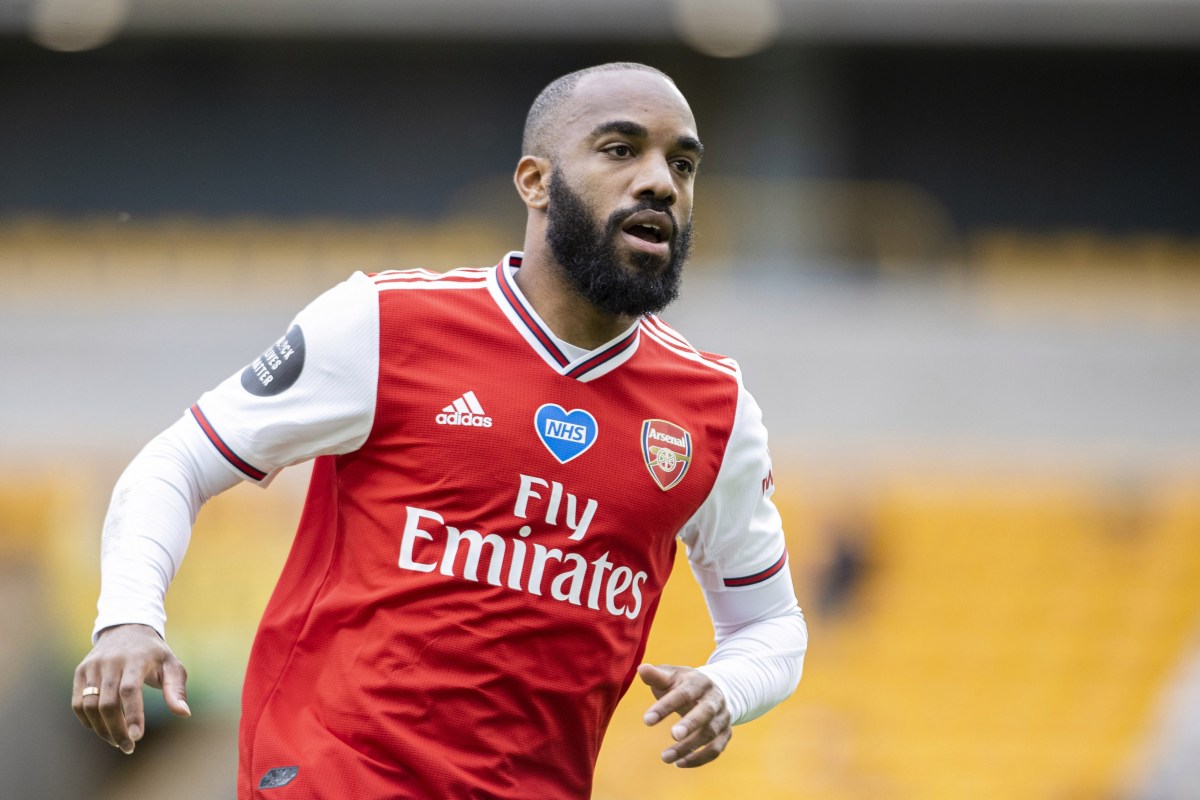