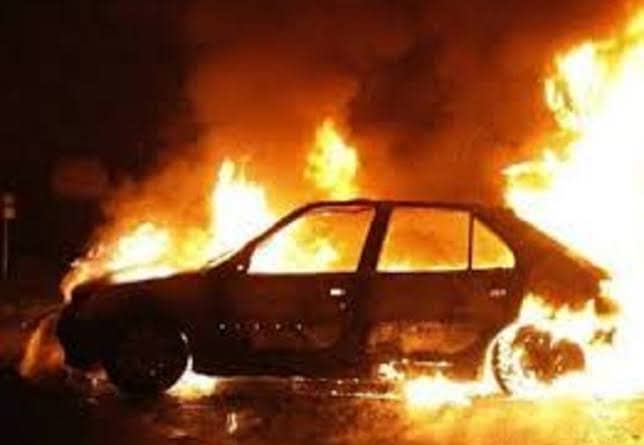 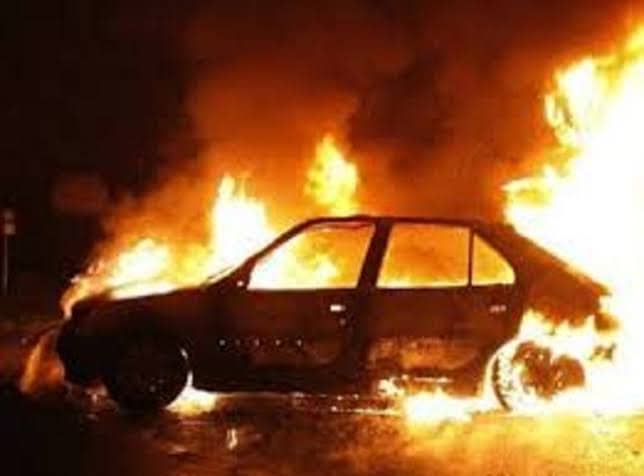 A mob of protesters has reportedly set a commercial vehicle on fire, accusing its driver of killing an Okada rider in the Ikorodu area of Lagos State.

The incident, it was gathered, happened on Saturday night around the Lagos State Polytechnic Campus in Ikorodu.
The 14-seater passenger bus was said to have developed a mechanical fault while the driver tried to navigate the Oke-Gbegun hill in the area when it rammed into the motorcyclist.

The PUNCH learnt that the remains of the yet-to-be-identified motorcyclist have been evacuated by officials of the Federal Road Safety Corps.

Spokesperson of the Lagos State Emergency Management Agency, Nosa Okunbor, who confirmed the incident, said, “Upon arrival at the scene of the incident, it was revealed that a 14-passenger commuter bus suffered mechanical failure (brake failure) while trying to navigate the Oke-Gbegun hill and subsequently rammed into a commercial motorcycle, thereby killing the rider in the process.

“The commodity has been taken away by officials of the Federal Road Safety Corp before the arrival of the LASEMA Response Team while the ill-fated bus was set on fire by angry hoodlums.

“The LASEMA Response Team was advised to leave the scene as a result of security challenges. 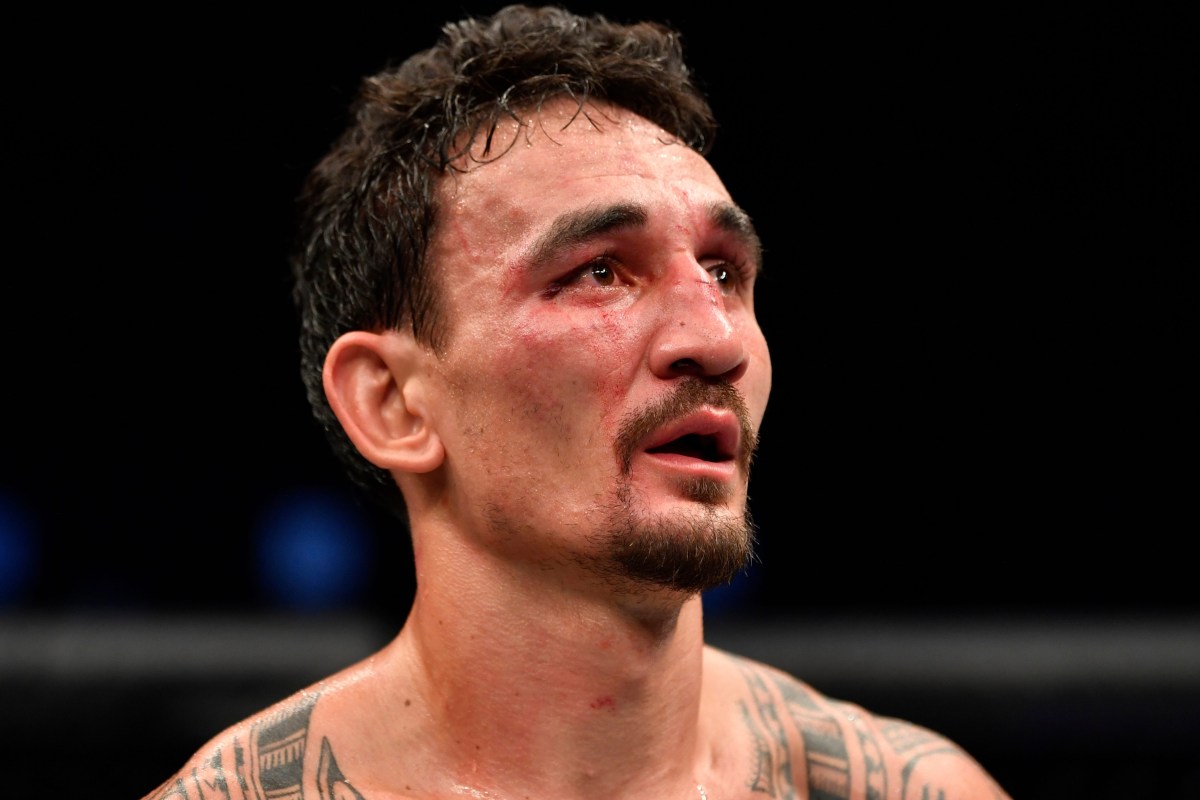 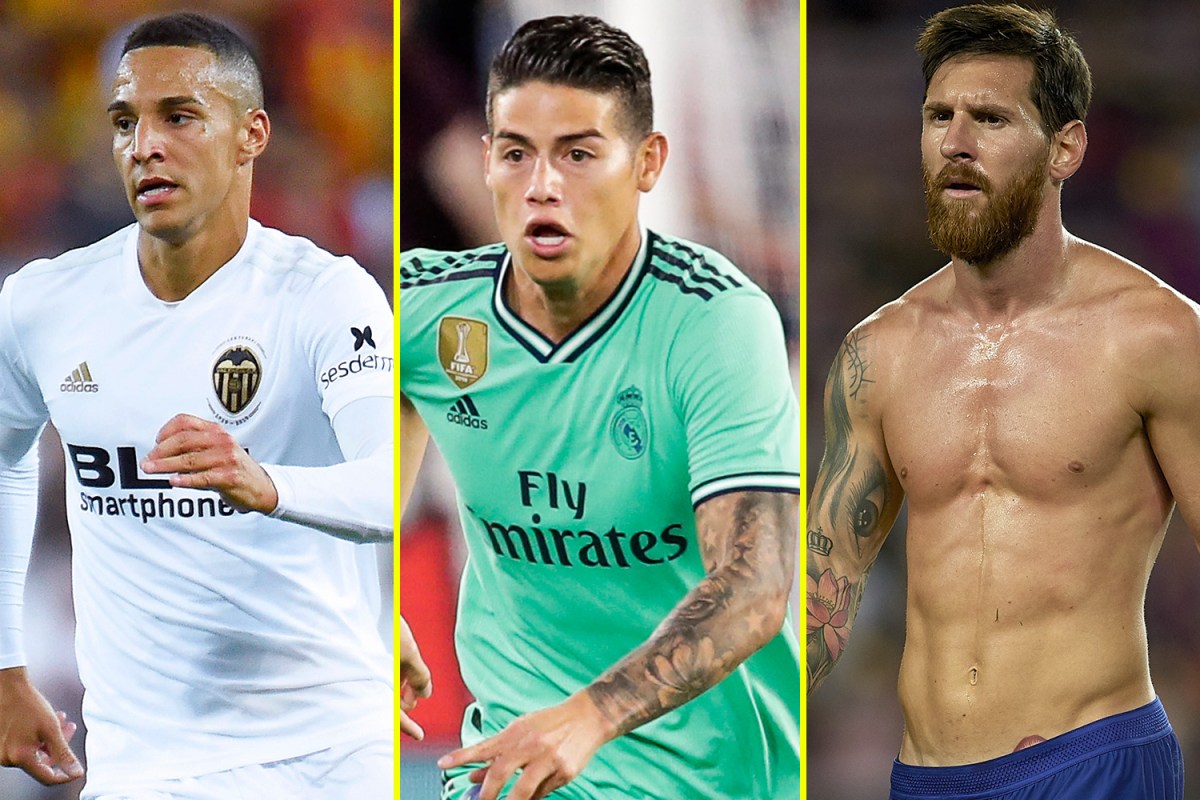 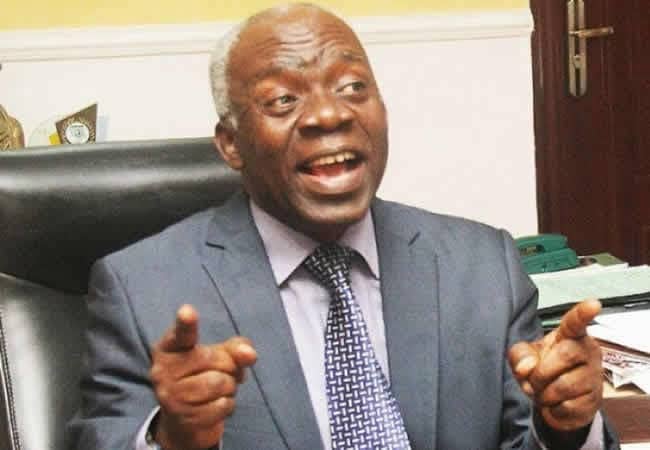