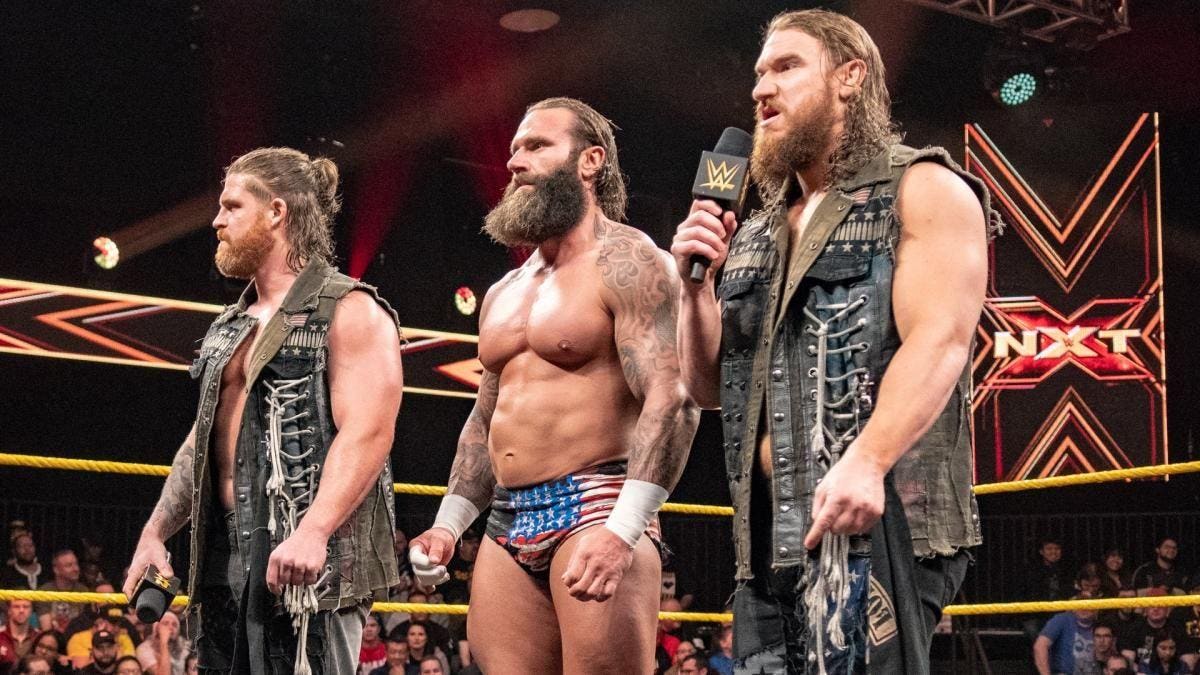 Jaxon Ryker of ‘The Forgotten Sons’ has landed in hot water for his pro-Trump tweet.

Mustafa Ali, a former police officer who has been one of the more prominent voices in a very empathetic WWE locker room amid the senseless killing of unarmed black citizen George Floyd, has taken to Twitter to call out fellow WWE Superstar Jaxon Ryker.
“I’m thankful you posted this because I’m now aware of what you stand for,” read Ali’s tweet in response to Ryker’s pro-Trump post.
“When black brothers and sisters are crying, you praise someone that refuses to acknowledge their hurt.”
Ryker, a former member of the United States Marines, is a member of recently called-up stable The Forgotten Sons after a long stint in WWE NXT. Ryker also competed in IMPACT Wrestling as Gunner.

Ryker, Wesley Blake and fellow former Marine Steve Cutler have been prominently featured on WWE TV as of late on Friday Night SmackDown. Their controversial, coded-language promos have raised speculation of a potential alt-right twist with all vignettes bookended by a disclaimer and a signoff where all three members pound their chests in solidarity.
Ryker appeared to be leaning into the right-leaning bona fides of the stable with recent tweets in support of President Donald Trump, but his continued support of the polarizing President in times of racial injustice have finally struck the wrong nerve as many have rightfully criticized Ryker’s ill-timed tweet.

RuPaul’s Drag Race All Stars serves up drama, but little substance, when the queens “Get A Room!”