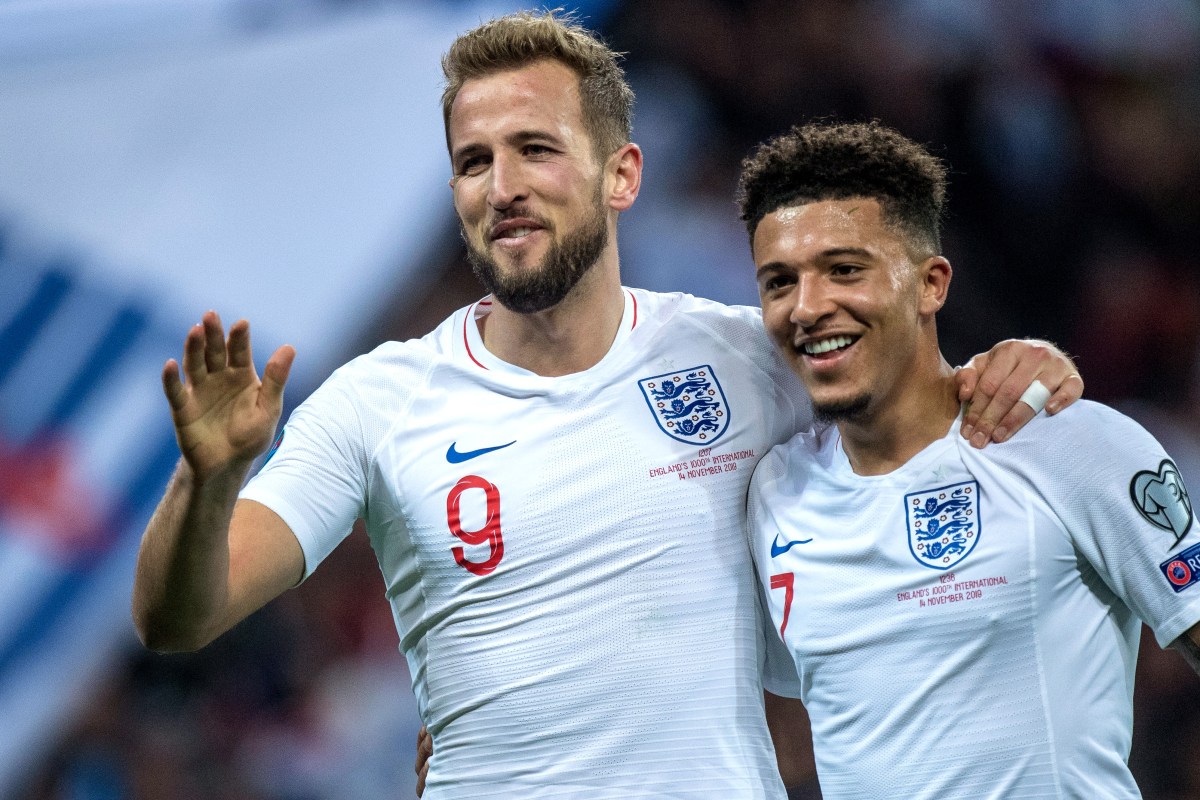 Paul Scholes says Manchester United should put the breaks on their pursuit of Jadon Sancho and prioritise the signing of Harry Kane from Tottenham instead. The Red Devils have a strong interest in signing England winger Sancho this summer, although it appears the deal has stalled over Borussia Dortmund’s £108million asking price. getty Sancho has been linked with a move to Manchester United this summer, where it’s expected he will take the famous No.7 shirt There are reports United are threatening to walk away from the table over the fee, however, Dortmund’s CEO Hans Joachim recently insisted there have been NO bids and not even any contact from the Premier League club over a possible transfer for Sancho. Scholes has hailed Sancho as a ‘top quality’ player who would improve any team in world football. But the Old Trafford legend has insisted there are more urgent areas in Ole Gunnar Solskjaer’s squad that need strengthening, including at the very top of their attack. And he believes his former club should be ‘desperate’ to sign Kane this summer. Andros Townsend says Man United ‘will be getting a bargain’ if they sign Jadon Sancho for £108million Asked if Sancho should be a priority signing for the club, Scholes told BT Sport on Wednesday: “I don’t think it is. “Don’t get me wrong Sancho is a top-quality footballer, I think he would improve any team in world football, and I am talking Liverpool, Man City, Barcelona, Real Madrid, he would improve all of them. “His stats say that he is a goalscorer, he will make and score lots of goals, and there is no doubt he would be a big asset to the team. “I just think we already have three forwards or wide men/centre forwards that are very similar to Sancho, possibly not quite as good as him, but potentially I think they could be. getty Scholes says Tottenham star Kane would be a perfect fit to lead the line at Manchester United “But I think if that is Harry Kane you are talking about, I would be more desperate to sign him than Sancho at this stage, although don’t get me wrong as I said Sancho is a top-quality footballer. “I just think United need a centre forward, a real no.9 a real goalscorer, and Harry Kane would be that man for me. “But you also have to think what does Ole want because it doesn’t seem like he wants that type of centre forward at the minute.” And Scholes isn’t alone in his thinking, with former United coach Rene Meulensteen telling talkSPORT he believes Kane would be a better signing than Sancho, and pointing out United also have to fix their issues at the back this summer. The Dutchman told talkSPORT Breakfast: “They first need to solve and get clarity about the goalkeeping position because now there’s a debate about De Gea and the rumours with Schmeichel, but also Henderson is there. “So that needs to be solved to make sure that’s clear. “People are on De Gea’s back, but he’s still a very good goalkeeper; he’s had a few blips this season, he needs to sort that out. “They also need someone next to Harry Maguire to strengthen that [defence]. Trevor Sinclair believes Harry Kane is considering his Tottenham future “They’re bringing Jadon Sancho in, but more than anything, I would have gone for a more prolific out-and-out striker, somebody like Harry Kane. “There is so much creativity coming from midfield with [Bruno] Fernandes, [Paul] Pogba, [Marcus] Rashford, [Anthony] Martial… they can all contribute to goalscoring. “But [they need] somebody in the middle who’s going to score 25-plus goals. That will close the gap for United.”,
TalkSport 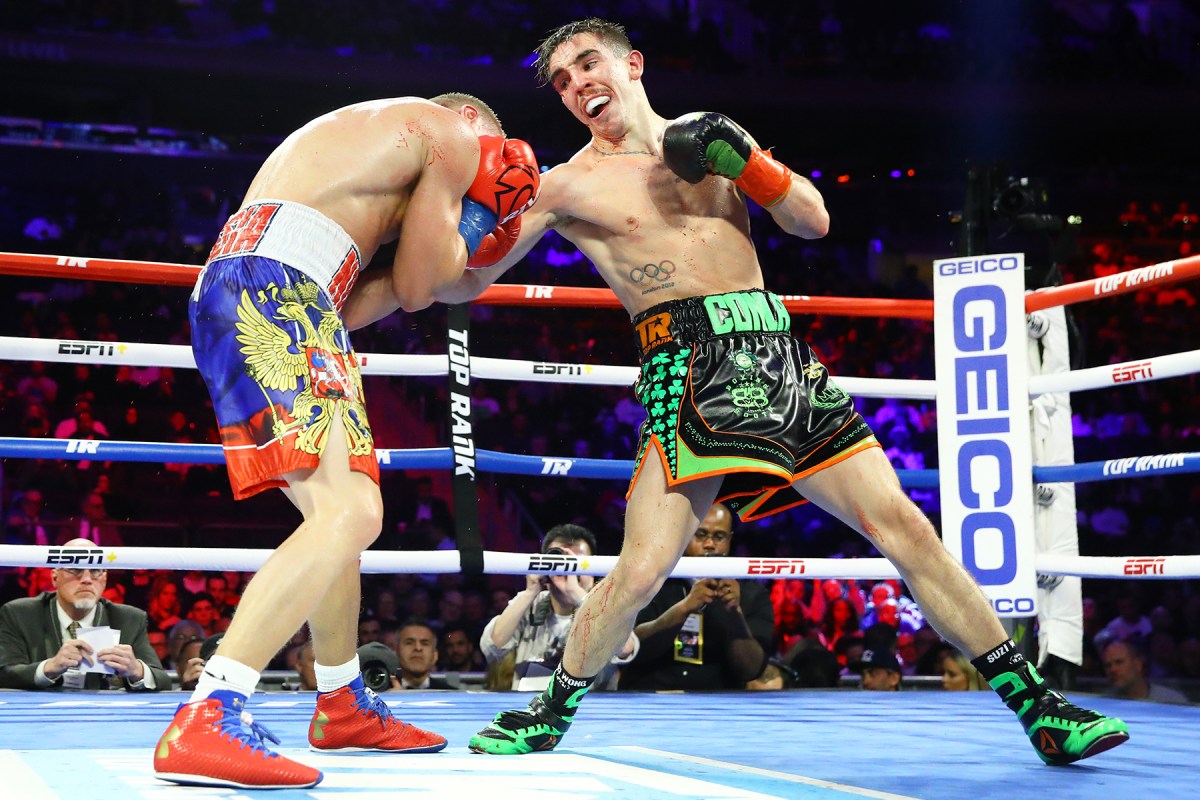 Michael Conlan relishing fight without fans – ‘Hearing the panting, the breathing, the wincing… it excites me’ 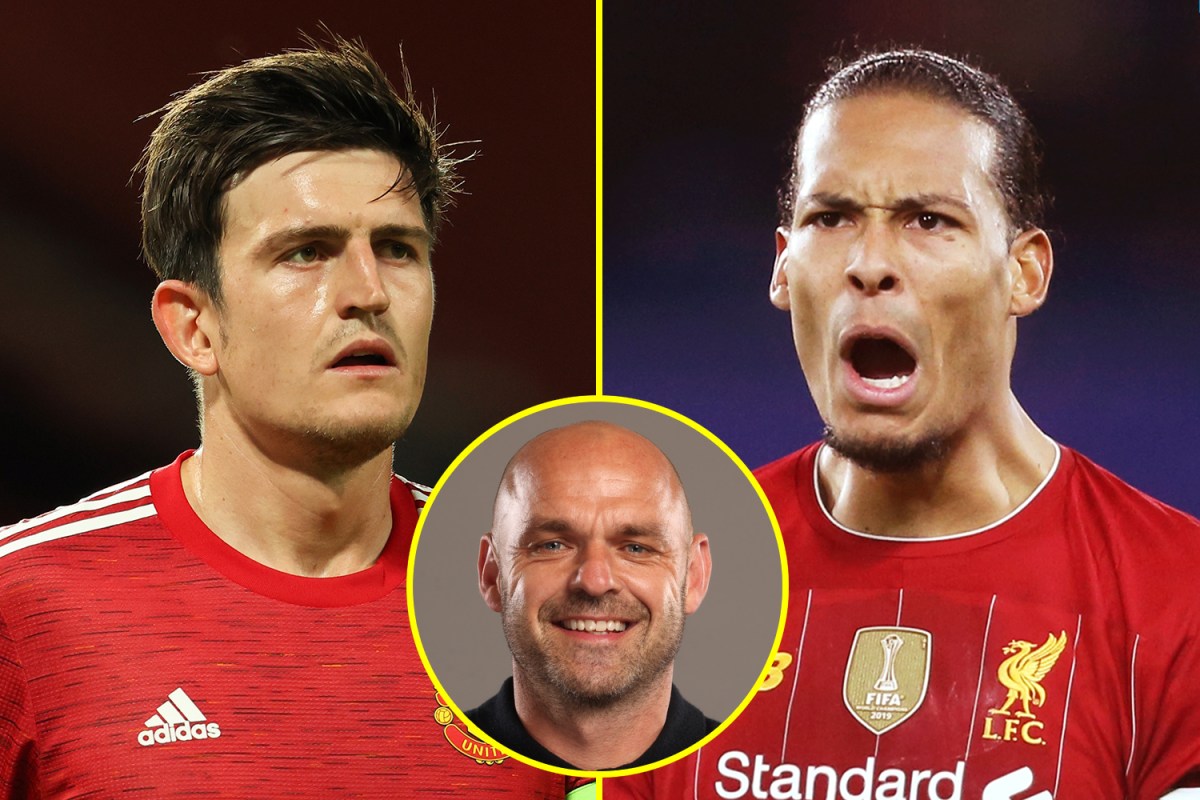