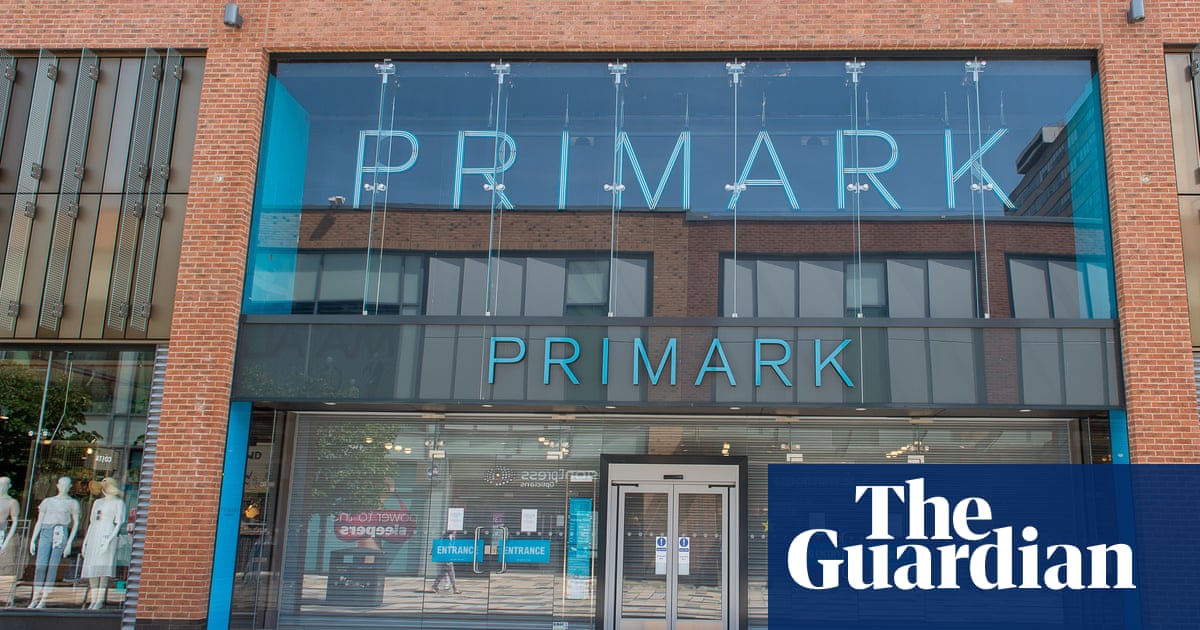 Primark previously disclosed that it had lost money at a rate of £650m for every month that all of its stores were closed.
Photograph: Maureen McLean/Rex/Shutterstock

The clothing retailer Primark plans to reopen all 153 of its English stores on 15 June, as non-essential retailers across England began to restart on Monday.
Car showrooms and outdoor markets are among the retail businesses allowed to open on Monday in England, with the government seeking to allow the economy to restart, albeit with physical-distancing rules required.
Non-essential retailers have been closed across the UK since 23 March, when the lockdown began to limit the spread of coronavirus, but retailers have lobbied to reopen as the extended shutdown has threatened the survival of many businesses. Debenhams, Monsoon and French Connection are among the retailers that have closed branches or warned they are close to collapse.

Primark, owned by the Associated British Foods conglomerate, previously disclosed that it had lost money at a rate of £650m for every month that all stores were closed.
The fast fashion retailer will introduce physical-distancing protocols in its stores, as well as hand sanitiser stations, perspex screens at tills and additional cleaning of high-frequency touch points. All employees will also be offered personal protection, including masks and gloves, it said.
Primark has already reopened 112 stores outside the UK, from Germany to Spain and the Netherlands, representing just over a third of its total selling space. It said trading in its reopened stores “has been both reassuring and encouraging, with customer queues outside most stores and, once in store, spending on larger basket sizes”.

The UK government has said that these five tests have to be met before they will consider easing coronavirus lockdown restrictions:

However, like-for-like sales are down in reopened stores, with sales at four city centre stores below 50% of last year because people have been staying closer to home.
Primark has been particularly badly hit by the crisis because of its lack of significant online sales, meaning it has built up a huge volume of unsold clothes, despite the controversial cancellation of all orders from suppliers for delivery after 17 April. In early May, as the first stores in Austria and the Netherlands reopened, it had £1.9bn in unsold stock or orders, more than double the normal amount.

The company will hold back some of the unsold stock until summer 2021, while it plans to gradually work through the excess of non-seasonal basic clothing such as underwear without the need for the heavy discounting seen at other retailers such as Marks & Spencer.
Primark said it had paid £10m to help low-paid workers in its supply chain in countries such as Bangladesh. The cancellation of orders by Primark and other retailers meant more than a million workers were sent home without pay.
Primark, which has furloughed staff and cut pay, said it had reduced its overhead spending by 50% in April and May.