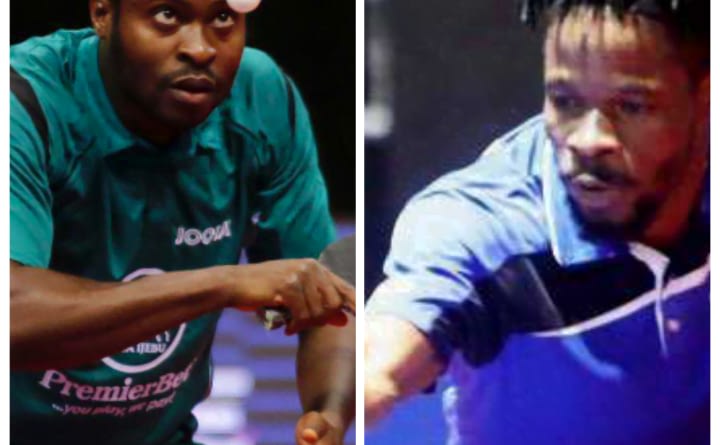 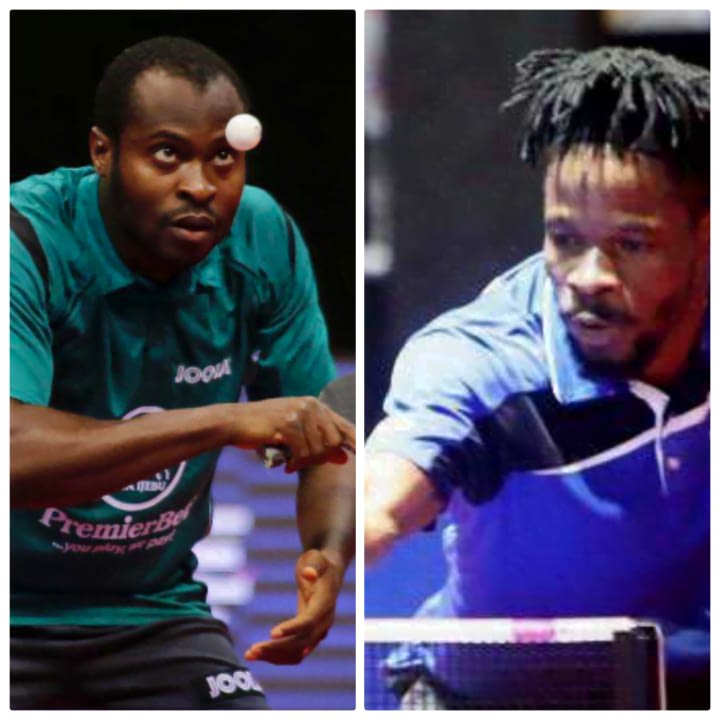 Aruna Quadri
Nigeria’s duo of Aruna Quadri and Olajide Omotayo have dropped in the April 2020 ranking released on Thursday by the International Table Tennis Federation (ITTF).
In spite of this however, Quadri still maintains his status as the highest-rated African player in the world.

Quadri, who is still recuperating from the thigh injury he sustained during the African Olympic Qualifying Tournament at Tunis in Tunisia in February, dropped by two steps.
The News Agency of Nigeria (NAN) reports that he now occupies the 20th place in the men’s rating, two places down to 18th he was rated in March.

Omotayo, who is the only Nigerian male athlete to have secured his place at Tokyo 2020 Olympic Games, also dropped to 92 in the world rating.

Quadri, who is yet to taste action since the injury he sustained on February 28, is yet to resume full training in his Lisbon base in Portugal.

This is also as a result of the COVID-19 pandemic which has forced the Portuguese Government to lock down major cities in the European country.

Omotayo who has also been stranded in Italy since the pandemic dropped down the ladder by one step to be rated 92 in the world.

NAN reports that Egypt’s Omar Assar also dropped to 38 from 35.

Among the biggest movers in the world is Senegal’s Ibrahima Diaw who rose to 69 in the world after moving up by six steps.
The Senegalese has also secured a place at Tokyo 2020 Olympic Games.

In the women’s rating, Egypt’s Dina Meshref maintains her position as the African champion and she still occupies 32nd place in the world.

In spite of dropping by eight steps to 120 in the world rating, Offiong Edem remains the highest-ranked Nigerian female player in the world.

At the peak of the men’s ranking is China’s Fan Zhendong, who replaced compatriot Xu Xin to top the rating.

Also, China’s Chen Meng continues her reign as the women’s world number one.
Japan’s Mima Ito shot up to second place in the women’s singles list —- her highest ever position.

It was a reward for consistent displays so far in 2020, which saw her take the crown at the Hungarian Open.
This was in between reaching the semi-final of the German Open and final of the Qatar Open.

Meanwhile, following the current suspension of ITTF events in light of the COVID-19 pandemic, the latest ITTF Rankings will be frozen until activities resume.

The decision to freeze the world ranking was taken at the ITTF Executive Committee meeting held on April 1, following the recommendations from the World Ranking Group and the Athletes Commission. 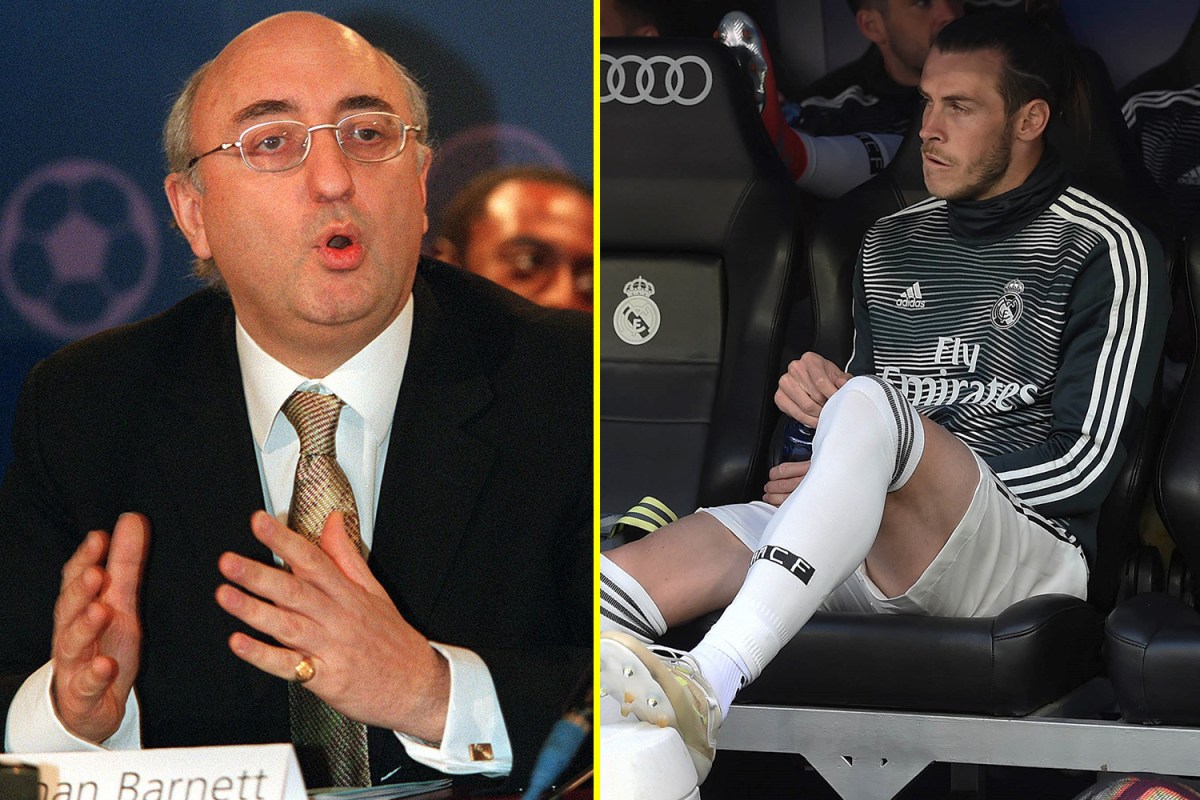 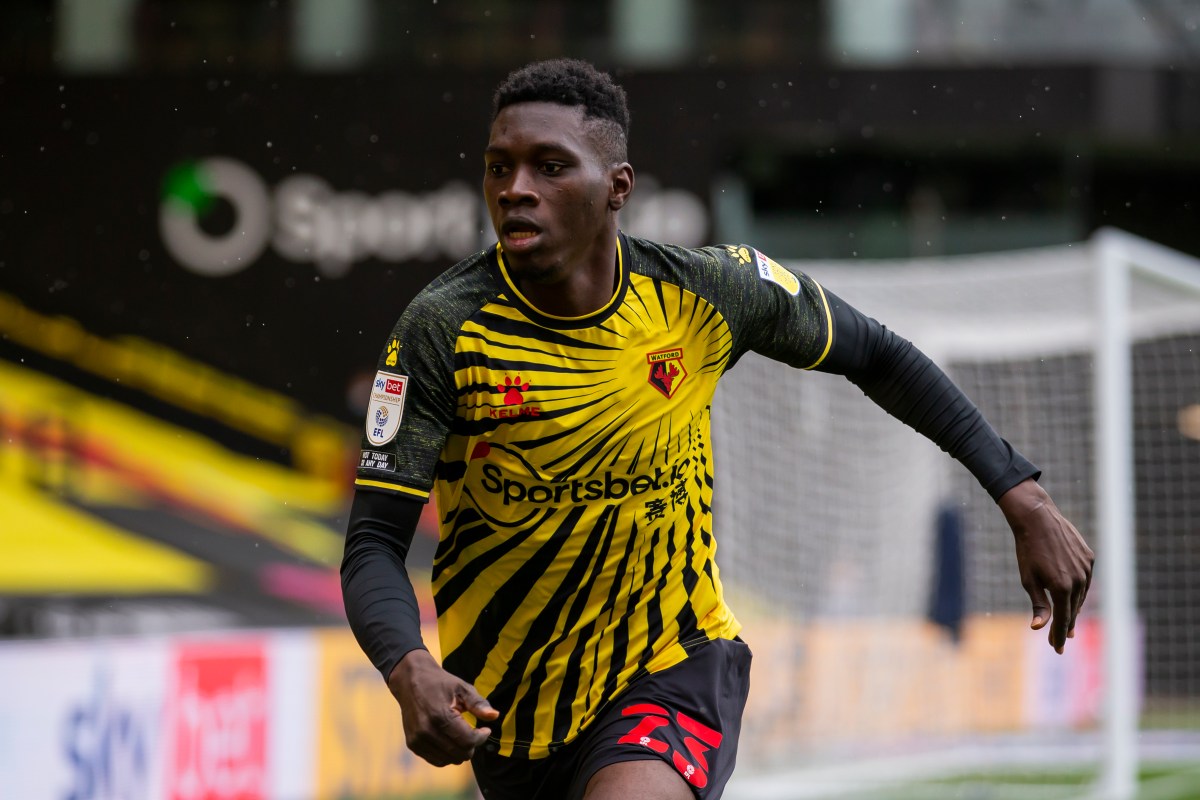 Manchester United make enquiry for Watford forward Ismaila Sarr who has been linked with Liverpool transfer,