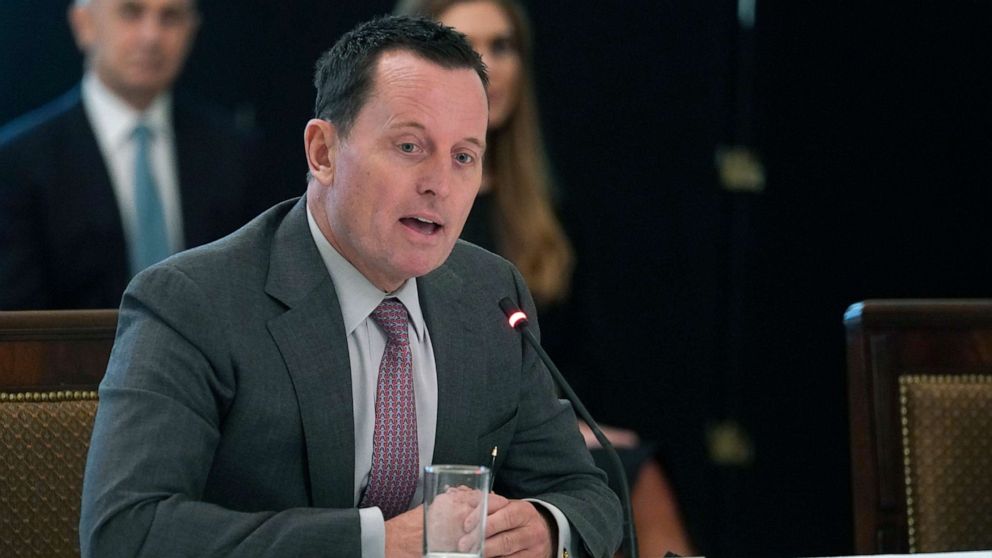 The intelligence community has “started the declassification” process of transcripts and reports documenting former national security adviser Michael Flynn’s phone conversations with the former Russian ambassador, according to a tweet from Acting Director of National Intelligence Richard Grenell on Friday.

“They should be released in full,” Grenell added. “The public deserves to see it.”

Grenell’s tweet caps a week of pressure from former Obama administration officials and congressional leaders for the intelligence chief to release the records, which could shed further light on Flynn’s interactions with Ambassador Sergey Kislyak during the transition period after President Donald Trump’s election in 2016.
Rep. Adam Schiff, chairman of the House Intelligence Committee, and Sen. Mark Warner, vice chairman of the Senate Intelligence Committee, have made separate requests for declassification of the records.

Image:
In his tweet, Grenell noted that the “IC doesn’t have all the transcripts/summaries…it wasn’t our product” — echoing what an ODNI official told ABC News earlier this week. Asked how the office plans to respond to the letters from Schiff and Warner, an ODNI spokesperson shared Grenell’s tweet.

Democrats have accused Grenell of politicizing intelligence reports after Senate Republicans released a portion of an email newly declassified by Grenell that former President Obama’s national security adviser Susan Rice sent to herself on Inauguration Day in 2017.

In the email, Rice recounted an Oval Office meeting two weeks earlier in which Obama and other top officials including former FBI director James Comey discussed Flynn’s conversations Kislyak.
“Director Comey affirmed that he is proceeding “by the book” as it relates to law enforcement,” Rice said in the previously-classified portion. “From a national security perspective, Comey said he does have some concerns that incoming NSA Flynn is speaking frequently with Russian Ambassador Kislyak. Comey said that could be an issue as it relates to sharing sensitive information.”

Rice continues in the memo, “President Obama asked if Comey was saying that the NSC should not pass sensitive information related to Russia to Flynn. Comey replied, “potentially.” He added that he has no indication thus far that Flynn has passed classified information to Kislyak, but he noted that ‘the level of communication is unusual.’”

In her memoir published last year, Rice explained her delay in writing up the email memorializing the meeting noting that her mother suddenly passed away on January 4, and she didn’t think in the first place it was “urgent” that she write it up her account of the meeting immediately. She did note, though, that the White House counsel’s office requested she write it up for the record, and she did so on the morning of the inauguration.

Image:
Rice’s spokesperson, Erin Pelton, responded to Republicans’ release of her full email in a statement Tuesday evening, saying it “confirms what she and others have indicated all along: that the Obama Administration had legitimate counter-intelligence concerns about [Flynn’s] communications with Russia.”

“Ambassador Rice’s email makes clear that no discussion of law enforcement matters or investigations took place, despite dishonest accusations to the contrary,” Pelton said. “The email clearly states that President Obama stressed that he was “not asking about, initiating or instructing anything from a law enforcement perspective.”
Rice also used the statement to repeat her calls for Grenell to release the unredacted transcripts of Flynn’s calls with Kislyak.

“The American people deserve the full transcripts so they can judge for themselves Michael Flynn’s conduct,” Pelton said.

At the time of the meeting, Flynn was under investigation by the FBI for his contacts with Kislyak, in which the two discussed how the Russians should respond to a series of sanctions from the Obama Administration that were intended as punishment for their meddling in the 2016 election. Agents were simultaneously scrutinizing a number of contacts between other members of the Trump campaign and Russians during the election and whether such connections indicated knowledge or even coordination with Russia’s efforts.

Former special counsel Robert Mueller determined after a two-year investigation there was no evidence of such an illegal conspiracy, though his final report provided a detailed accounting of links between Russians and Trump campaign officials.

The latest declassification by Grenell followed his move last week to provide to Republicans a list of Obama administration officials the National Security Agency said may have received Flynn’s identity in response to so-called ‘unmasking’ requests during the presidential transition.
While the release carried no specific allegations of wrongdoing among the 39 officials named on the list, which included several of Trump’s political enemies like former Vice President Joe Biden, many Republicans seized on it without evidence as a political bombshell. Rice’s name was not among those on the list.

Democrats, in turn, argued Grenell was politicizing the intelligence community by selectively declassifying materials without providing further context, a sentiment echoed by Rice’s former colleagues following the release of her full email Tuesday.

Image:
“If Trump is so interested in getting to the bottom of what happened in December 2016, how about releasing the transcripts of Flynn’s calls with Russia and detailing what he was doing on behalf of Turkey,” former deputy national security adviser Ben Rhodes said in a tweet.

“@AmbassadorRice has said she would welcome the release of the entirety of her memo,” said Ned Price, who served as a former NSC spokesperson and special assistant to Obama. “And, while you’re at it, Senator @RonJohnsonWI, why not call for the release of the Flynn-Kislyak transcripts? This is about transparency, right?”

It’s not clear that the transcript or records of the call would be in the DNI’s possession given that the surveillance of Kislyak was run by the FBI.
Flynn twice pleaded guilty to lying to FBI agents who had interviewed him about his conversations with Kislyak, a plea which he, along with the Justice Department, are now seeking to reverse.

Mueller’s report examining Russia’s interference in the 2016 election described in detail the reactions that Trump Administration officials had after viewing the underlying evidence of Flynn’s calls with Kislyak.

Flynn was fired from the White House after he told officials including Vice President Pence that sanctions were never a topic of discussion in his calls with Kislyak, which Pence went on to repeat in media appearances despite intercepts of the calls in the FBI’s possession that showed Flynn was not telling the truth.

Attorney General William Barr, however, has sought to drop the case against Flynn by citing what he believes was improper conduct by the agents involved, as well as his determination that the investigation into Flynn at the time was not legitimate.
In an interview following his decision to drop the case, Barr described Flynn’s conversations with Kislyak as not just appropriate, but “laudable.”

“He was saying to the Russians, you know, “Don’t escalate.” And [the FBI] asked him if he remembered saying that, and he said he didn’t remember that,” Barr said.

In response to the DOJ’s reversal, the federal judge overseeing Flynn’s case appointed a former judge to present arguments against the Justice Department’s position and to examine whether Flynn should be held in criminal contempt for perjury for seeking to withdraw his plea.
,
ABC News 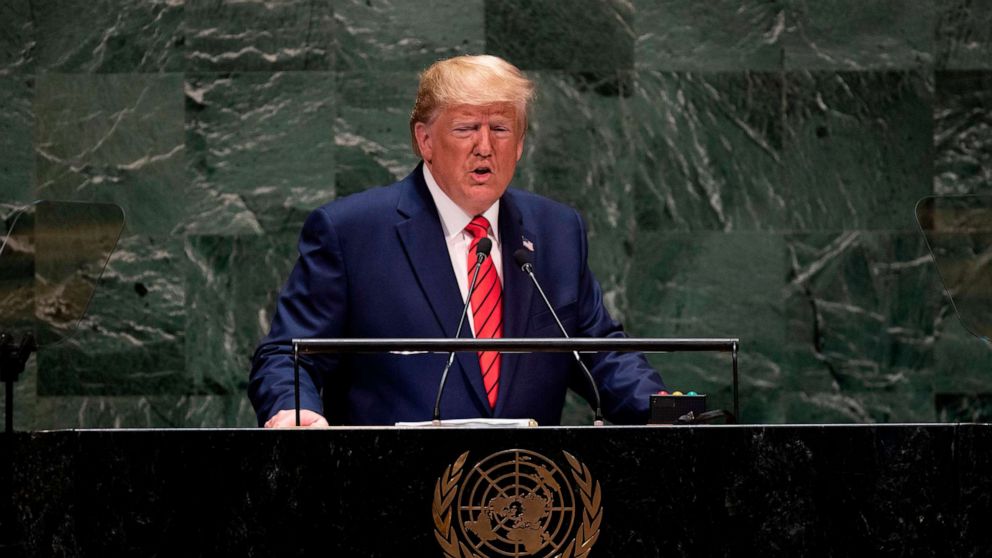 ‘Snapback’?: Inside Trump’s controversial move to bring back UN sanctions on Iran 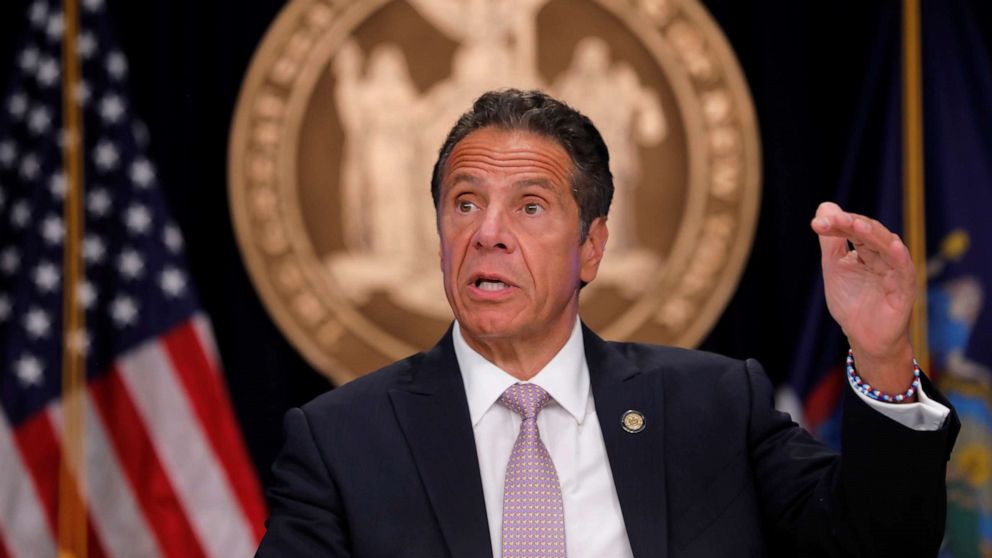 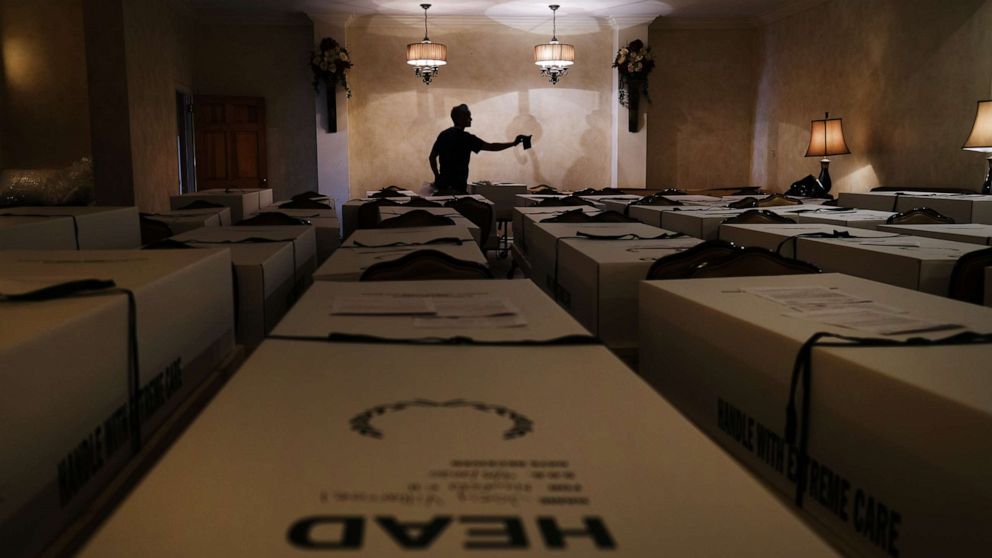 ‘Unprecedented’: As the dead pile up, funeral homes feel the crush of coronavirus pandemic