Remember that time when the two most iconic golfers of recent years squared off in a pay-per-view spectacular that was the sedate sport’s answer to a heavyweight boxing title fight?
Quickest way to make $100K for Phil 🤑
(➡️ @ATT) pic.twitter.com/LU6yog8DAY

The Match, as the, ahem, match between Tiger Woods and Phil Mickelson was oh-so-creatively billed, took place on Thanksgiving weekend in 2018. In truth, it was all a bit of a farce. Nine million dollars was on the line, life-changing money for you, me and virtually everybody — except that, due to their hard-earned and extraordinary wealth, it wasn’t life-changing for Woods and Mickelson.
Sure, they wanted to win; they have been fierce rivals for a generation, after all. But the end product wasn’t quite what was hoped for.
Now, they are doing it all again on Sunday, but with a couple of major, important tweaks. For starters, this time, it is for a charitable cause, set up in the wake of the eruption of the COVID-19 crisis. It is no longer on pay-per-view, with Turner to broadcast it across multiple channels. And finally, in the biggest alteration by far, it has morphed into a pairs match with quarterbacking greats Peyton Manning and Tom Brady along for the ride.
Better be, @PhilMickelson and I want to keep this competitive on Sunday https://t.co/e9BDTW9Nur
— Tom Brady (@TomBrady) May 19, 2020

Manning will play with Woods and Brady with Mickelson in a pro-am clash mixing fourball and modified alternate shot matchplay, at Medalist Golf Club in Hobe Sound, Fla. If you fancy a flutter, Woods and Manning are -200 favorites, with Brady and Mickelson going off at +170.
It is sports at a time when there isn’t much of it. It is a chance to see great competitors duke it out with each other. It is an opportunity for a new twist on the Manning-Brady rivalry, which, admit it, you have missed in these years since Peyton sailed off into the sunset with a Super Bowl 50 win.
It is not a tour event. It is a bunch of rich guys playing a round of golf and giving us an inside peek into the action. There is no proper title on the line and whichever team wins, it won’t rank anywhere on their list of career accomplishments. But I’m looking forward to it, with a couple of caveats.
🎯 $25M Hole-in-One 🎯
$25,000,000 🤯 will be donated to charity if ANYONE aces one of the Michelob ULTRA Hole-In-One Challenges at #CapitalOnesTheMatch pic.twitter.com/DC0VkXuiC7
— Bleacher Report (@BleacherReport) May 20, 2020

I must admit, I have a little bit of a soft spot for contrived matches. I didn’t hate the last one like some did. In some ways, it was a study in psychology of the athletic mind. You thought you got to see what made Tiger tick on those Sundays at Augusta. Yet during The Match, you saw it was more complex than that. He really, really wanted to win — but even $9 million wasn’t enough to dredge up the requisite stroke of brilliance as the Las Vegas skies darkened.
The initial showdown went to the 22nd hole, which wasn’t even really a proper hole, with Tiger and Phil “teeing” off from just 93 yards away and aiming at a floodlit green. It wasn’t great that the PPV system crashed, although it meant a bunch of people got to see it for free.
But it was interesting enough, if you looked at it through a certain lens. The fact is, the type of events we know as “made-for-TV” like The Match actually date back to long before the tube was even invented.
Phil came out talking trash, but Tiger had the green jacket ready 😂
It’s @TigerWoods & Peyton vs. @PhilMickelson & @TomBrady 🐐 Capital One’s The Match is on May 24 at Tiger’s course, The Medalist, only on TNT. Full interview in the B/R app https://t.co/99p5H7EB4W pic.twitter.com/5BJkMzl9dT
— Bleacher Report (@BleacherReport) May 7, 2020

In Victorian times, before sports were fully regulated and neatly organized into leagues and entities, this is how things were. A challenge would be issued, with a purse at stake, and if accepted, the contestants would go at it. It happened in golf, running, boxing, cricket and many more activities.
Great competitors want to beat each other, for no other reason than that. Losing does not come naturally to them, because they have had a lifetime of turning toil into ability, ability into triumph and triumph into unshakeable self-confidence. They don’t expect to lose, ever. And why would they?
So my only hope for this weekend’s fayre is that it feels real. Let’s see the spirit, guys. Reward the viewers for their time, for while everyone has a lot of it at present, it is somehow more valuable than ever, too.
Let’s make it spicy. Let’s see the relief after a nerve-jangling putt. Let’s see a few hostile verbal jabs fly back and forward.
Never had much of a hard time beating the colts or a tiger, don’t see this time being much different… https://t.co/dNP3rphybt pic.twitter.com/jBXeg3UGXs
— Tom Brady (@TomBrady) April 23, 2020

Several years ago, there was a charity doubles tennis match which pitted 1990s greats Pete Sampras and Andre Agassi against each other, while paired with modern legends Roger Federer and Rafael Nadal. It was all played in fine spirit, until Sampras and Agassi — mic’d up — started jawing at each other, bringing up old baggage and turning the taunting from good-natured to personal.
The spectacle was roundly criticized as being juvenile and awkward, but I thought it was kind of great. Even deep into retirement, Sampras and Agassi were desperate to not only beat each other on the court, but in the trash talk stakes as well.
I would be more than happy to see the same this weekend. The four competitors have had so much glory and have lives spectacular enough that we don’t need to feel sorry for them. Let Tiger and Phil get fired up and hurl a few barbs each other’s way. Let Manning taunt Brady about whether he will ever be able to win without Bill Belichick. Let Brady fire back at Peyton over all those times he bested him.
In reality, they’re not likely to try to inflict deep personal wounds. Over recent years, Woods and Mickelson learned to get along. Manning and Brady are friends. They’ve taken a couple of little shots at each other on social media, though, so that’s something — even if it is only a sprinkle — to indicate that neither side is planning on losing.
This sounds uncharitable, but I’m hoping to see one pair of crestfallen faces on Sunday evening. Winning means nothing if it doesn’t hurt to get beat. These guys hate losing as much as anyone. Let’s see it. 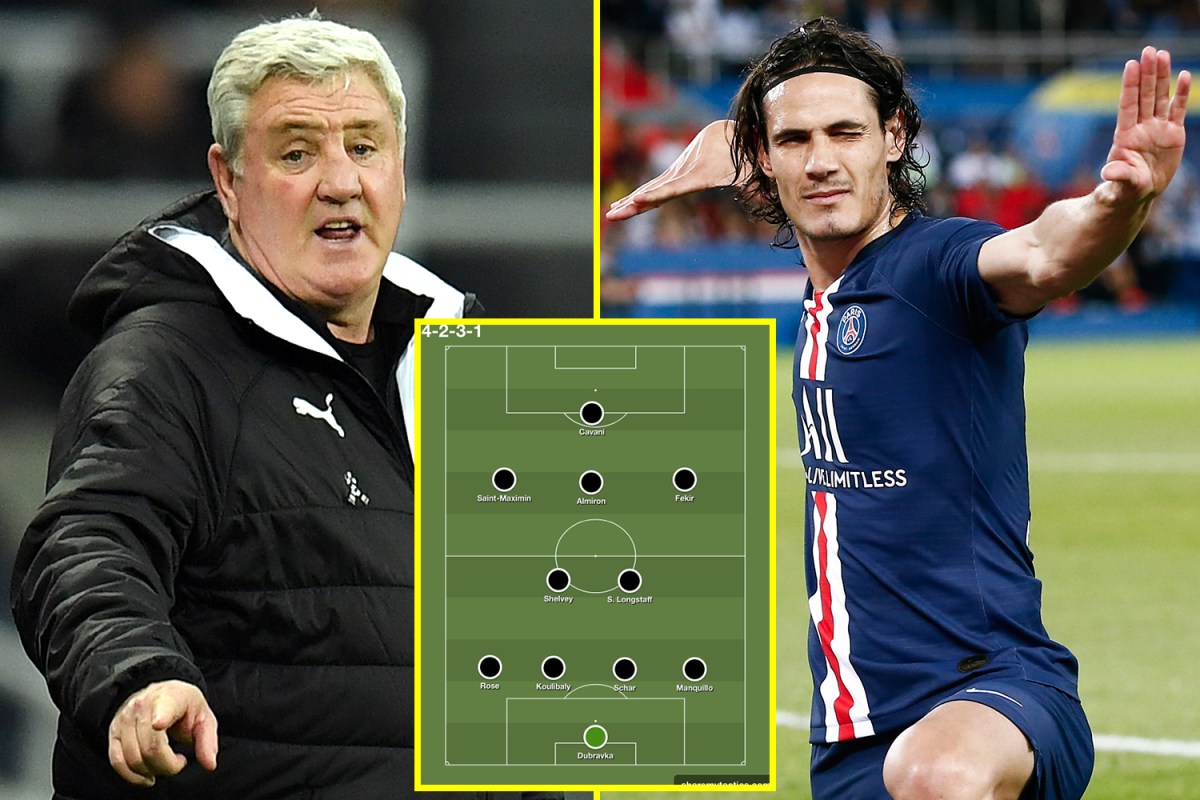 Newcastle takeover: How the Magpies could look with latest transfer targets, including Kalidou Koulibaly and 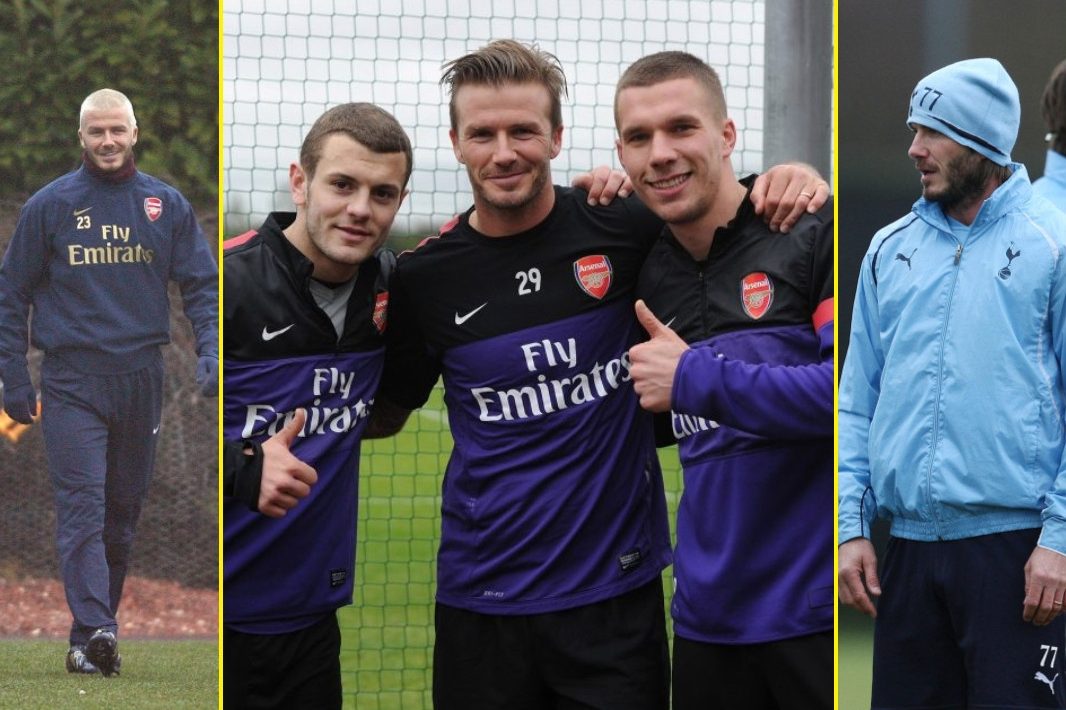 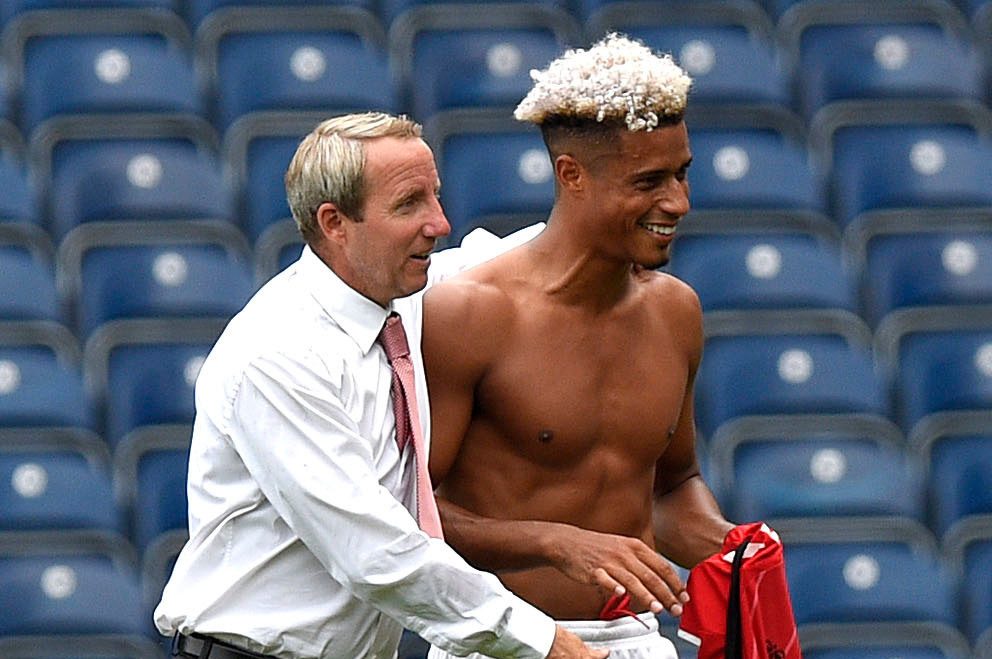