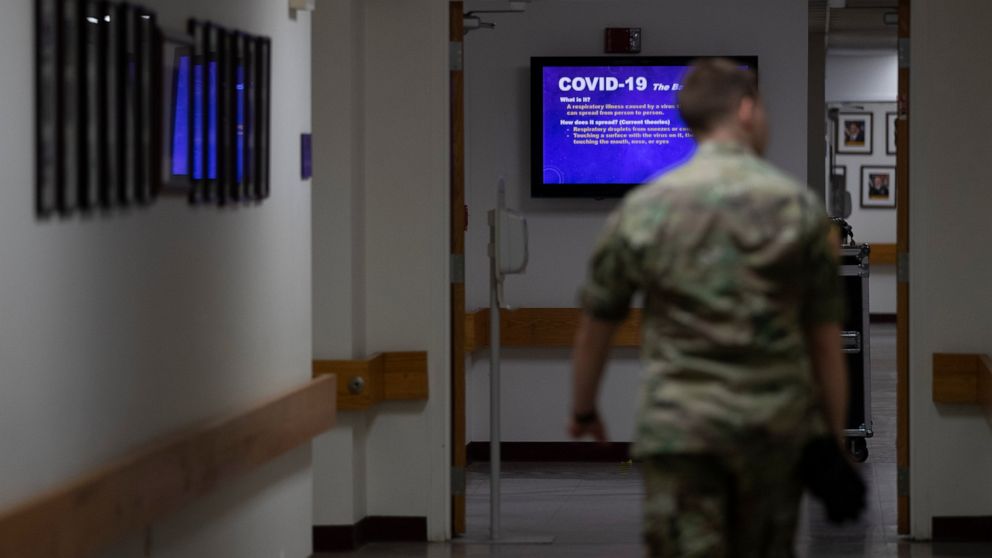 WASHINGTON —
Army Sgt. Antonio Gozikowski was planning to leave the military next month and head to college.
After serving for six years, the dental assistant’s goal was to become a dentist, and then return to the Army in a few years with his expanded medical skills. But now, with the coronavirus forcing universities to consider virtual or reduced schooling this fall, he decided to take advantage of a new Army program and extend his military service for six more months.
Across the military, uncertainty about future jobs or college opportunities is driving more service members to re-enlist or at least postpone their scheduled departures. As unemployment, layoffs and a historic economic downturn grip the nation, the military — with its job security, steady paycheck and benefits — is looking much more appealing.
“Everything from elementary schools to universities is closing down and there’s no saying how it’s going to go when the fall semester opens,” said Gozikowski, adding that he’s hoping schools start opening up for spring semester. “This is like a safety net. I have a source of income and I’ll be able to continue working.”
Gozikowski, who is from Cherry Hill, New Jersey, and is serving at Fort Hood, Texas, is one of hundreds of service members who are taking advantage of newly developed, short-term extensions being offered by the military.
As of last week, the Army had already exceeded its retention goal of 50,000 soldiers for the fiscal year ending in September, re-enlisting more than 52,000 so far. And the other services have also met or are closer than planned to their target numbers. The influx of people re-enlisting will offset any shortfalls in recruiting, which has been hampered by the outbreak. And that will help the services meet their total required troop levels for the end of the year.
“We’re hiring,” said Army Secretary Ryan McCarthy. “Like anything, market dynamics come into effect and people will see where the opportunities lie.”
Sgt. Maj. Stuart Morgan, the senior Army career counselor, said Gozikowski was able to take advantage of a new program designed to help soldiers who were planning to leave this year but are now worried and reconsidering their options. The program allows them to delay their departure for up to 11 months to get them past the peak coronavirus period. By early last week, he said, 745 soldiers had signed up.
“What we’re seeing this year, which is directly related to COVID, is we do have a population of soldiers that what they were expecting at the end of transition has suddenly disappeared,” Morgan said. “And now you have a soldier that is trying to go through a transition period that is now facing uncertainty on the outside.”
The Air Force is already expecting to fall short of its recruiting goal by as much as 5,800 as a result of the virus. And that gap, the Air Force said, could be filled by service members who decide to re-enlist or extend their service.
So far, the number of Air Force personnel who have withdrawn their requests to leave the service or have asked to extend their enlistment is 700 more than last year at this time, including 230 pilots and medical staff.
For one pilot, the opportunity to make that sudden change of course was a relief. In discussing his plans, he asked that his name not be used to preserve any future employment options.
Nearly two months ago, he was in Miami taking an airline certification course and getting ready for his next career. For months, he and his fellow pilots at Scott Air Force Base in Illinois had been talking about which airlines were hiring.
“Everybody was getting out,” the 10-year transport aircraft pilot said in an interview from the air base. “The conversations were like, oh, who got picked up by Southwest, who got picked up by American, who got picked up by Delta. And then the whole coronavirus thing started to play its course.”
Suddenly, he said, “the discussions are more like, what are we gonna do now?”
The pilot said he was worried about the uncertainty. Even if he got a job, it might only be temporary, if the economic downturn continued.
“I need stability in my life. There’s no steady income on the outside, or guaranteed income either,” said the pilot, adding that in the military, he’s guaranteed a job. “While other people are getting laid off and not working, we’re still collecting a paycheck and going to work.”
Retention is also on the rise in the Marine Corps.
Currently there are about 183,000 Marines, and the goal for the end of the fiscal year is about 184,600. The Corps has nearly reached its retention goal of about 12,600 for the fiscal year, with only about 100 or so to get by the end of September. The Navy was not able to provide retention numbers.
In addition, Marines who were planning to leave the service are being allowed to extend their enlistments by a few months, to get past the initial COVID crisis, or by a year or two.
Maj. Craig Thomas, a Marine Corps spokesman, said virus-related restrictions on recruiting and shipping new Marines to initial training will likely mean the service won’t meet its goal for total force size this year. He added, however, that while it is too early to tell if the bad economy will further boost retention, the enlistment extensions could make up for the recruiting shortfalls.,
ABC News 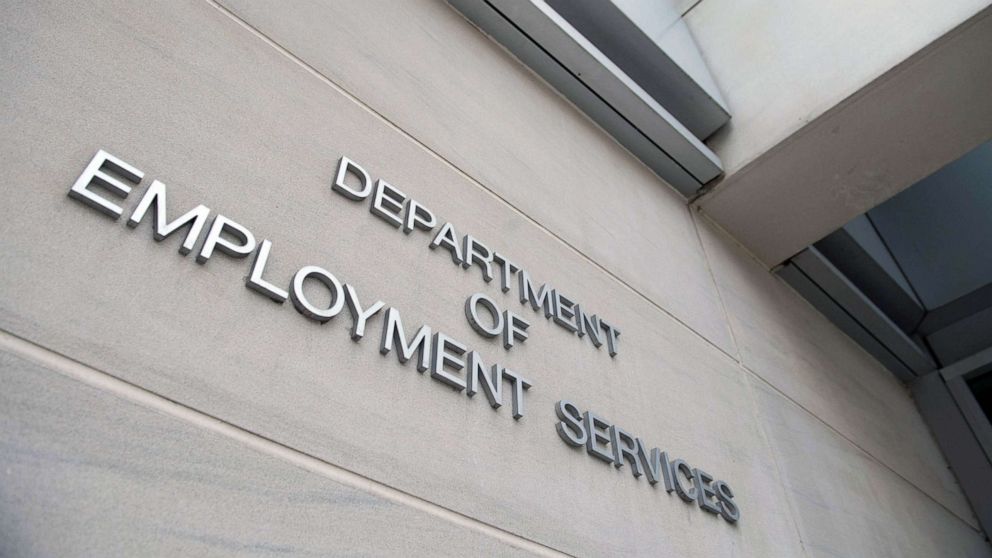 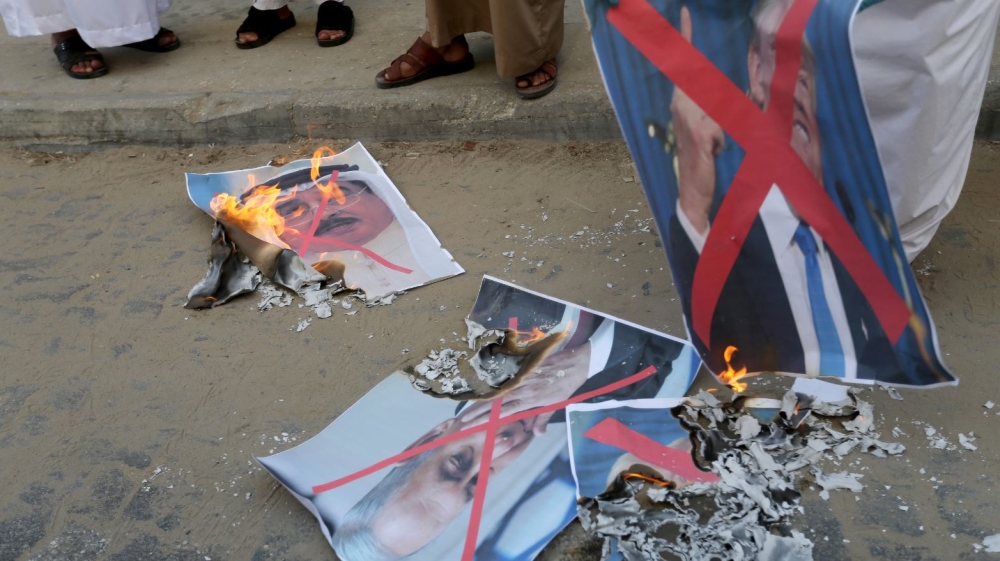 How the world reacted to Bahrain, Israel normalising ties 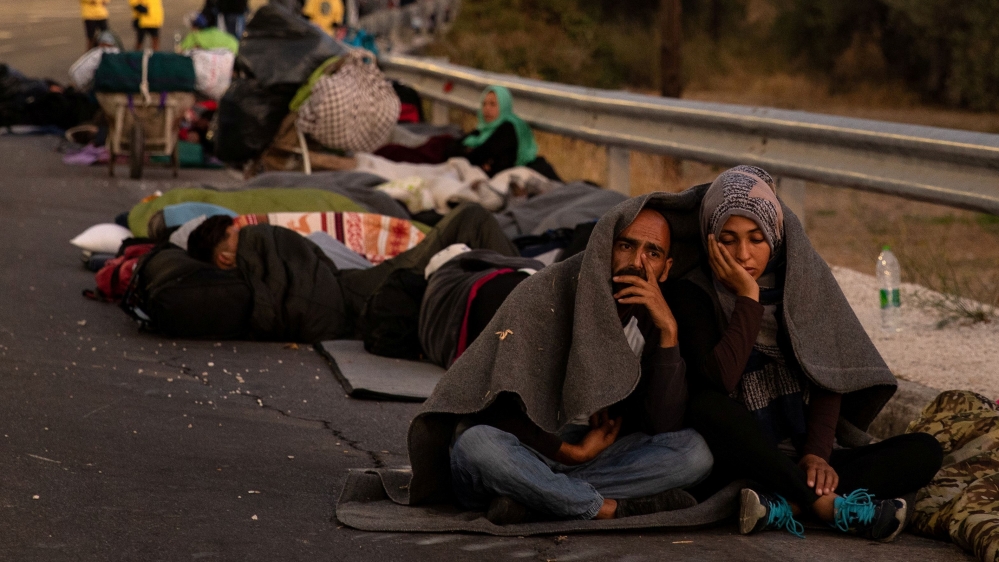