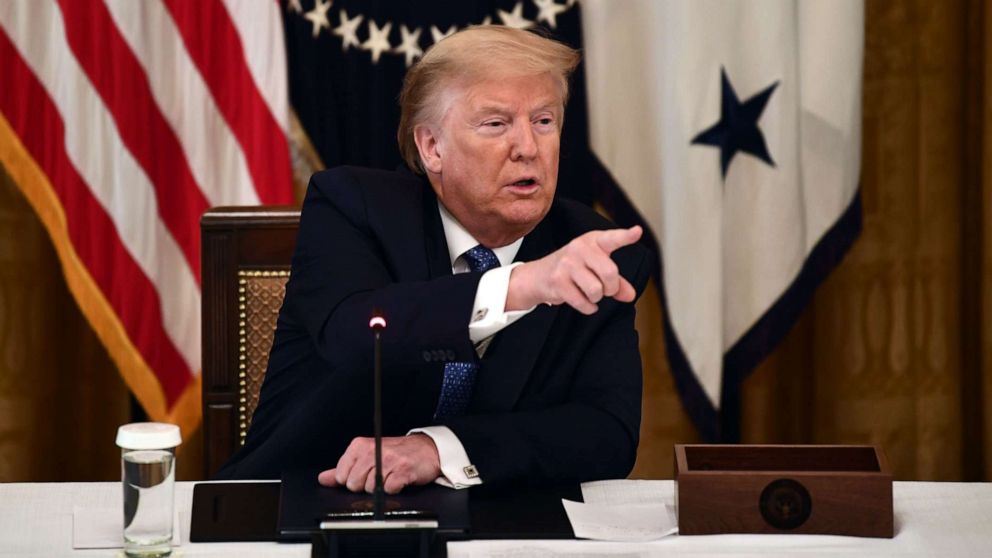 The U.S. will permanently stop funding the World Health Organization and withdraw from the United Nations agency unless it makes “major substantive improvements within the next 30 days,” President Donald Trump announced late Monday night, without detailing what those improvements are.

Trump’s moves to pull U.S. funding for WHO have been widely criticized, particularly for ceding the global stage to China even as he criticizes the organization for being too deferential to Beijing.

Even as Trump initially praised China, the two powers have been battling for influence, undermining the global response to a pandemic that has killed over 300,000 people worldwide. WHO has increasingly been caught in the middle, with Trump accusing it of covering up the coronavirus outbreak and cozying up to Chinese leadership.
Hours before those attacks, Chinese President Xi Jinping addressed WHO’s World Health Assembly and announced $2 billion to address the coronavirus pandemic that started in his country.

“This is giving an enormous political prize to China because China has long been looking for a chance to shine on the global stage,” Lawrence Gostin, director of the WHO Collaborating Center on Health and Human Rights at Georgetown University, told The Associated Press.

America’s European allies urged support for WHO, with European Commission President Ursula von der Leyen saying, “This is the time for all humanity to rally around a common cause.”

In the four-page letter posted on Twitter, Trump announced that he will make his “temporary freeze” of U.S. funding permanent after listing grievances with WHO’s response to the pandemic in 14 bullet points, some of which are inaccurate.

Many of the issues Trump faults the WHO for not doing, like investigating the outbreak or pressuring the Chinese government, are also outside the agency’s limited authorities. While those U.S. cuts can be avoided, his letter says, if there are major changes, it’s unclear what reforms the U.S. is seeking, and the letter does not offer specific details.
“The letter is a very detailed, long letter, but basically, they have to clean up their act. They have to do a better job. They have to be much more fair to other countries, including the United States, or we’re not going to be involved with them anymore. We’ll do it a separate way,” Trump said at the White House Tuesday.

In particular, Trump’s letter faults the WHO for “fail[ing] to independently investigate credible reports that conflicted directly with the Chinese government’s official accounts” in December 2019, specifically referring to anecdotal reports on Chinese social media and “reports from the Lancet medical journal” about an outbreak.

But The Lancet had no reports at that time.

“This statement is factually incorrect. The Lancet published no report in December, 2019, referring to a virus or outbreak in Wuhan or anywhere else in China,” the medical journal, one of the world’s oldest and most esteemed, said in a statement Tuesday in response to the letter.
Trump also misconstrues the WHO’s authority. The U.N. agency cannot compel data from member states, with its bylaws permitting it only to share information given by a country and with its consent. It also has no intelligence capability or authority to force a country to admit its officials, preventing it from doing any kind of real independent investigation.

The WHO’s “IHRs (international health regulations) put all of the onus on the member state, not on WHO. A member state has an obligation to promptly notify WHO of novel events, but the IHRs don’t give WHO the authority to compel that,” according to Jeremy Konyndyk, a senior fellow at the Center for Global Development.
Still, Trump argues the WHO “failed to press China for the timely admittance of a World Health Organization team of international medical experts.” That WHO team was delayed getting into China until February, and the two American scientists included in the delegation did not travel to Wuhan, the original epicenter of the outbreak. Trump says they were barred while other members of the delegation went.

But it’s not clear that the WHO was not pressing China to admit the delegation, and ultimately, the delegation was granted admission the same day the WHO’s director-general, Dr. Tedros Adhanom Ghebreyesus, met with Xi in late January. Until Tedros had that consent, WHO had no authority to force the issue because it would violate a member state’s sovereignty — an issue that Trump has previously said is sacrosanct.
In his letter, Trump also wrote that the WHO “repeatedly made claims about the coronavirus that were either grossly inaccurate or misleading,” including that it had no “clear evidence” of human-to-human transmission.

But in its statements, the WHO made clear its knowledge on that came from the Chinese government, without the ability to collect its own data. Last month, Secretary of State Mike Pompeo put the onus on that issue not on the WHO, but on China, saying Beijing “didn’t report sustained human-to-human transmission for a month until it was in every province inside of China.”

Whatever data it does have, the WHO is generally overly cautious before making determinations. On April 24, for example, the WHO said there was “no evidence” that people who recovered from COVID-19 were “protected from a second infection,” alarming many in the public. But the agency meant there’s no definitive proof yet because studies have not been complete on this new virus, not that reinfection was a widespread problem.
Critics have faulted that failure of communication. But Trump’s letter instead turns its focus on Tedros’ praise for the Chinese government’s response to the outbreak, particularly his commendation for its “transparency.”

China has been anything but transparent, arresting several local doctors for speaking out about the outbreak, obscuring data about transmissions and cases within the country, and declining to share a sample of the virus with the WHO. But Trump’s argument is undermined by his own praise for China’s “transparency.” He repeatedly praised Xi’s “strong” leadership and “very successful operation.”
Tedros did not directly respond to Trump’s letter Tuesday at the conclusion of the WHO’s World Health Assembly. But he welcomed a resolution sponsored by the European Union and adopted at the assembly, with unanimous support, including from the U.S. and China. Among other things, it called for a comprehensive, independent investigation into the WHO’s response.

“As always, WHO remains fully committed to transparency, accountability and continuous improvement. We want accountability more than anyone,” he said.

In Beijing, the Chinese government had far harsher words, accusing the U.S. of violating its international obligation to help fund the WHO and trying “to mislead the public, smear China’s efforts and shift the blame of U.S. incompetence to others,” Foreign Ministry spokesperson Zhao Lijian said Tuesday. “But this attempt will not succeed.”,
ABC News 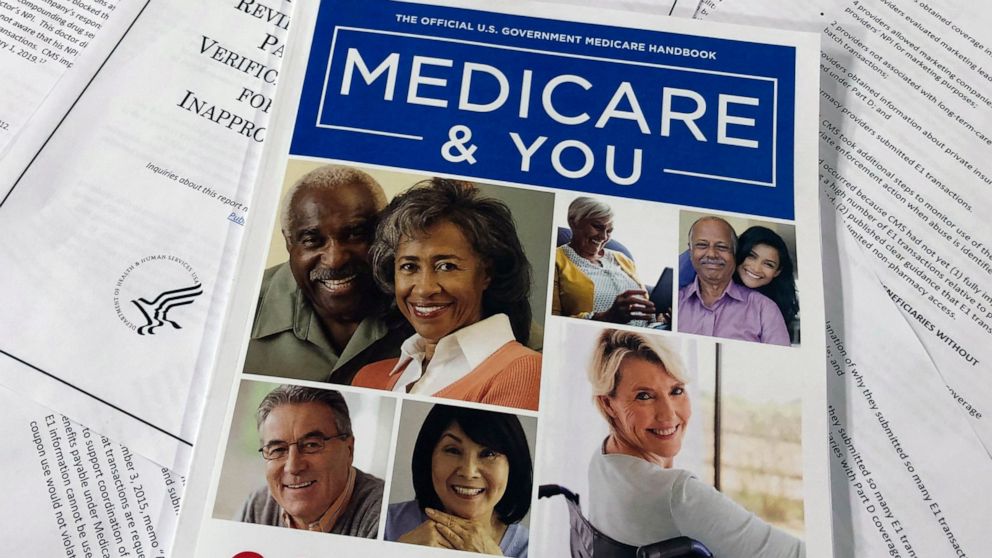 Most Medicare enrollees could get insulin for $35 a month 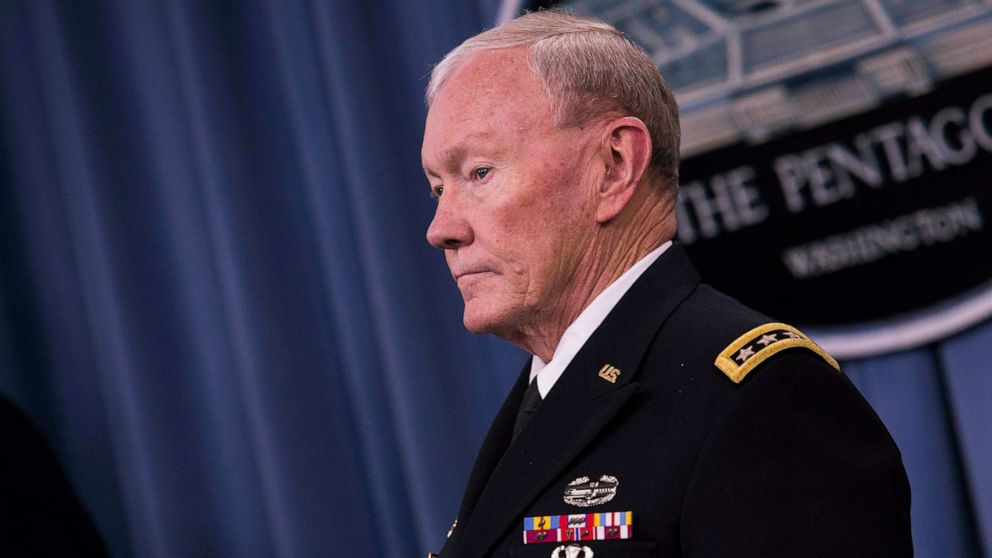 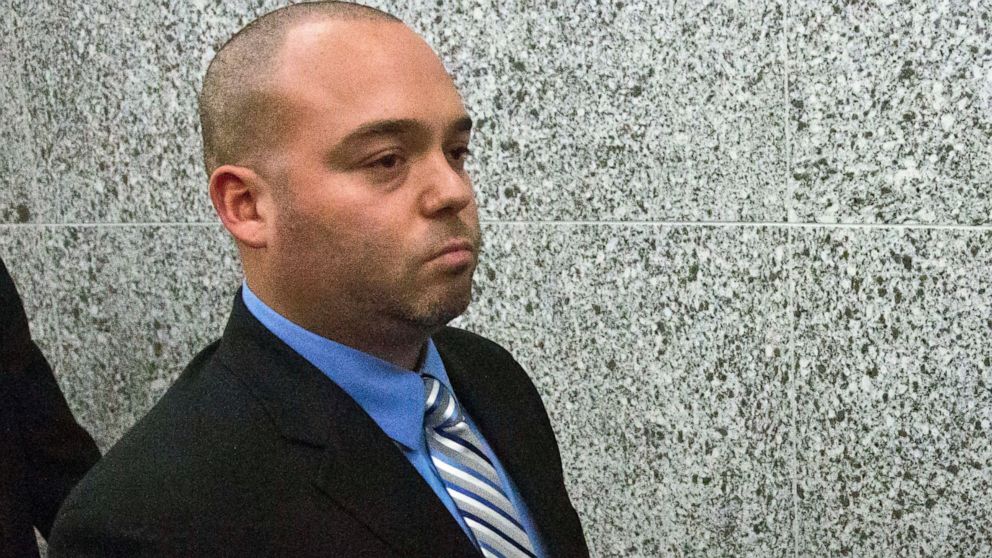