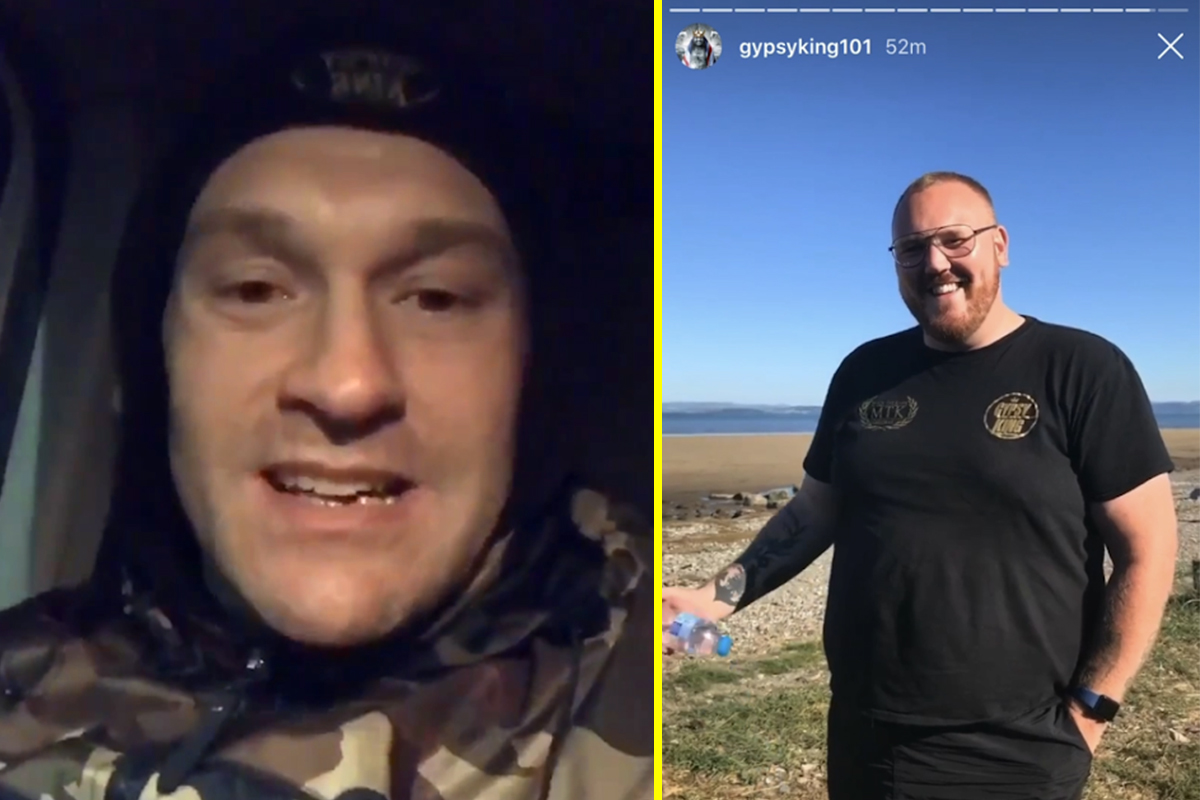 Tyson Fury has reunited with the man he famously talked out of committing suicide in December. Late last year, the ‘Gypsy King’ posted a viral video explaining how the situation occurred. Getty Images – Getty Fury suffered with mental health problems following his first world title win, but is now king again He said: “So tonight I’ve had a strange experience, very strange. I’m very humbled in one way, but very freaked out in another. “A random stranger came to my house tonight and told me he was just about to commit suicide, but he needed to speak to me first before he did it. “So obviously me being me, I talked him out of it, took him on a three-mile run, he’s left as happy as Larry and it seems to have worked. “So for all those people out there who are suffering with mental health problems, please do not take your life. It’ll get better, I promise you. Mikey Williams/Top Rank Fury stopped Wilder in the seventh round after a spectacular performance “There is help around the corner, please seek medical advice immediately and you’ll return to what you once were. “It isn’t over then, it isn’t over now. “Come on people, don’t give up, keep fighting, never say die. “Like I got up in round 12 against [Deontay] Wilder, keep getting on, no matter how many times it puts you down, keep moving forward because we never surrender.” Getty Images – Getty Fury is the WBC heavyweight champion of the world On Monday morning, Fury posted a new clip and said he’d bumped into the man by pure chance while getting coffee at Morecambe beach. He explained while speaking to him: “So I come down the beach for a coffee, and I meet this guy, again. “Yeah, I found him this time – this is the guy that come into my house one night and was gonna commit suicide. “I managed to talk him out of it and take him on a run. FIVE STARS Sancho’s message and Fury’s Denzel request – What we’ve loved in sport update Whyte gives update on Povetkin clash, Brit also open to fighting in Hearn’s garden fighting talk Dillian Whyte exclusive: I will KO ‘boring’ Francis Ngannou in boxing and MMA CROSSING CODES Ngannou trains with former Anthony Joshua foe before potential Whyte fight rivals forever Froch and Groves trade funny digs on the sixth anniversary of their fight Boxing, here I come Jon Jones asks Dana White to release him from his UFC contract ‘Silly’ ‘What if he dies in the ring?’ – Dillian Whyte worried about Mike Tyson return STRANGE Mike Tyson ‘offered’ $1.1million to rematch Peter McNeeley in parody press release CLASS Anthony Joshua kills Tyson Fury with kindness as he responds to latest insults dark destroyer Meet the 6″0 slugger who hit harder than Tyson and nearly ended Ali’s career “And then this morning, I’ve come down to the beach for a coffee, and he don’t even live in the area, and he’s here. “What a coincidence. How are you feeling today? No more suicidal thoughts?” The man replied: “I’m doing good mate, no suicidal thoughts, just chilling, this is where my nan was scattered. Nice and relaxed before I go back home.” Fury concluded: “Good stuff, anyway, have a fantastic Monday, I’ll see you soon.” Mark Robinson/Matchroom Boxing Joshua has respect for Fury’s campaigning Even heavyweight rival Anthony Joshua recently praised Fury’s work as a mental health ambassador. AJ told SunSport: “The work he has done around mental health has been very impressive. “I didn’t understand how much mental health issues had played such a big part in society. “And I think that Tyson Fury is such a big guy, a heavyweight champion of the world. Mark Robinson/Matchroom Joshua is the WBA, IBF & WBO heavyweight champion of the world “And it means that people can look at him and think, ‘Well if Tyson Fury can go through this, I shouldn’t be so scared to talk.’ “Tyson has done so well with this. And that is what I am happy to talk about with Tyson Fury. “He is a great person and he has done great things in boxing, but until the day we fight that is where it ends and I don’t have anything else to say about him. I really want the belt he holds and that is where I stand.” You can watch the full video in the player at the top of the page.,
TalkSport 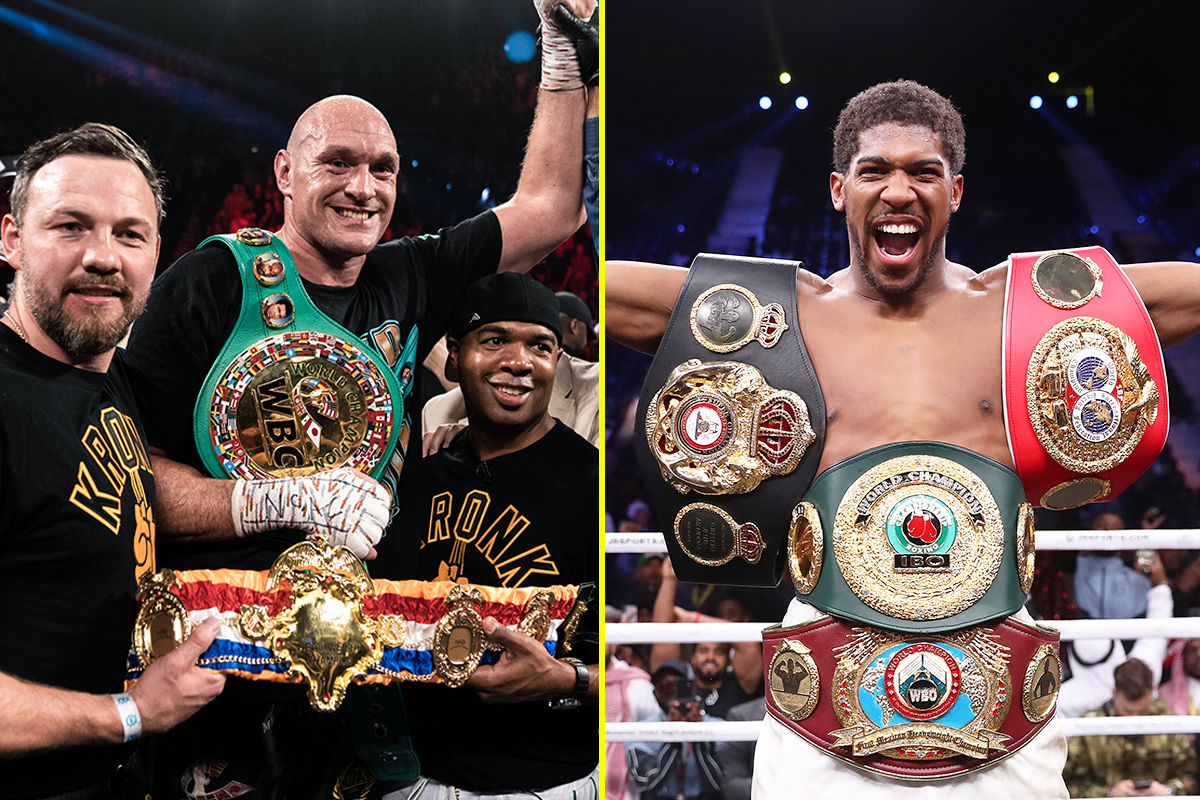 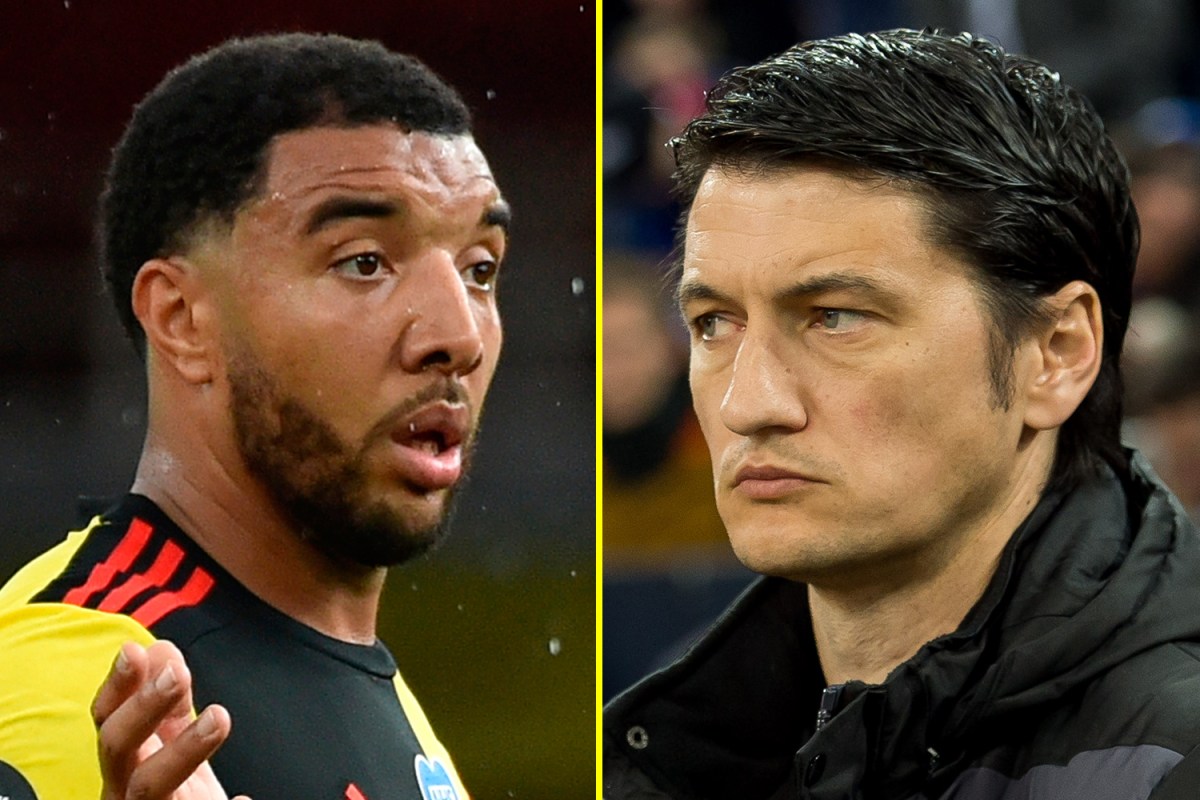 New Watford manager Vladimir Ivic ‘looks like he wants to kill you’ but is ‘a really nice guy’, says Troy Deen