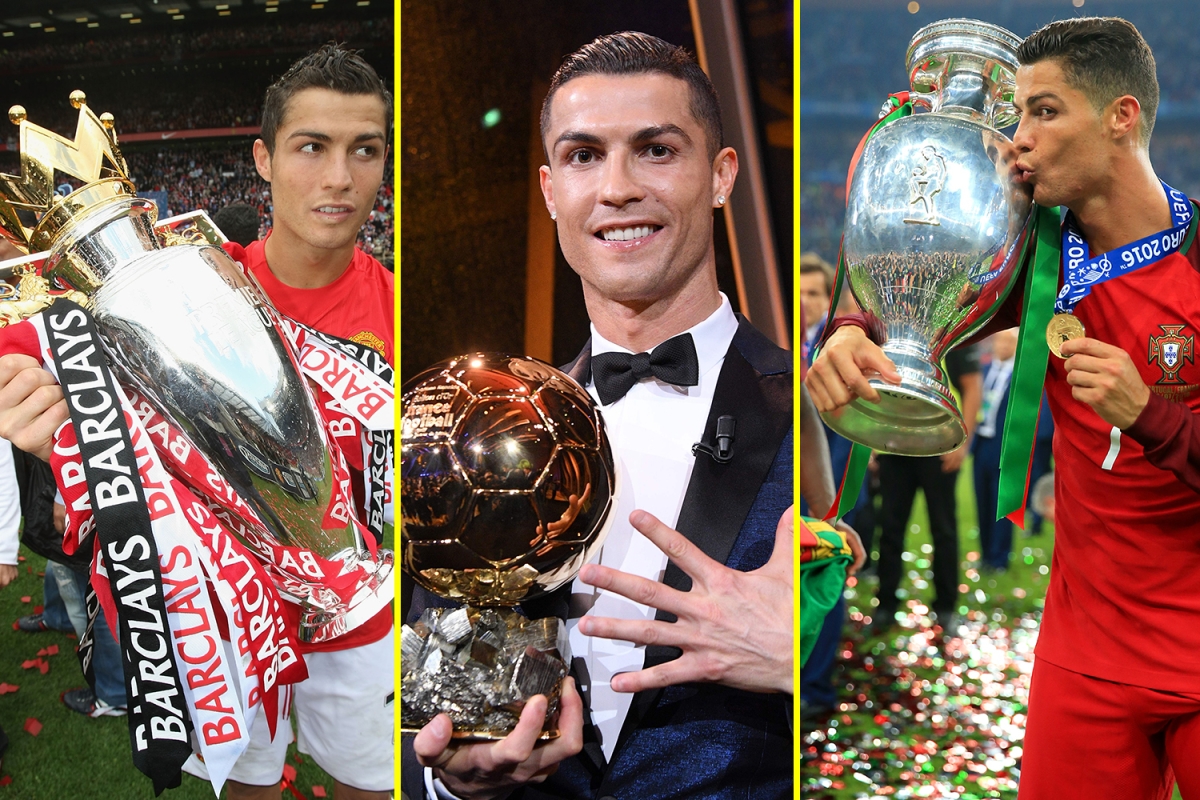 I normally hate the ‘who is the greatest footballer of all time’ question.
It’s such a difficult one to answer as there are just so many factors to consider.
However, given the times we’re living in and, as Her Royal Highness The Queen said at the weekend, now is the time to pause and reflect on things.
So here we are, I’m compromising my principles to contribute my two cents on the age old debate and may even get some stick for it on social media.

You may have read the very well-crafted piece by Sean O’Brien about why Brazil and Barcelona legend Ronaldinho should be considered the best player ever.
Unfortunately, my talkSPORT.com colleague (and hopefully still friend by the time he’s finished reading this) is mistaken because the real GOAT is actually Cristiano Ronaldo. Perhaps Sean accidentally typed ‘inho’ when typing Ronaldo’s name and then got a bit excited?
When you look at all the greats of the game such as Lionel Messi, Diego Maradona, George Best, Brazilian Ronaldo, Zinedine Zidane, Pele and Ronaldinho, you notice their talent has been the biggest factor in getting them to the top.
This isn’t the case for Manchester United, Real Madrid, Portugal and no doubt future Juventus legend Ronaldo, whose exceptional work-ethic has been the main reason he made it to the top of his profession.

Unlike his Brazilian namesake, Ronaldo was far from the finished article in the early years of his career. He was a raw talent with a slim frame, who arrived at United having given John O’Shea the runaround in a pre-season friendly for Sporting Lisbon in 2003.
Coming to a completely different league at 18 years old would be a huge challenge for anyone and despite showing moments of brilliance in his first three years at Old Trafford, he struggled for that level of consistency needed to be considered one of United’s star players.
The 2006 World Cup happened and it looked like Ronaldo’s career at United and in England could be over as he influenced referee Horacio Elizondo into sending teammate Wayne Rooney off during Portugal’s quarter-final victory over the Three Lions. Ronaldo scored the decisive penalty in the shootout to rub salt in the wound.
As anyone could have predicted, Ronaldo received a hostile reception on his return to England but silenced the boo boys – and then some.
His first match back in Blighty was a pre-season friendly at Oxford United – Ronaldo was booed as he got off the coach, as he warmed up and every time he got the ball. His response? Two goals and an assist.

Yes, Oxford were non-league at the time but Ronaldo would make many more defences look silly in the 2006/07 season and beyond. A year after being one of the most hated men in England, he won the PFA Player of the Year award for his excellent displays as United raced to their ninth Premier League title.
Not everyone could have recovered from that abuse, particularly at 21 years of age, but it’s that strength of character which has also stood him in good stead to become the greatest ever.
Ronaldo also deserves huge credit for his physical transformation. Yes, all footballers become bigger and stronger than when they first start out but he’s really taken fitness levels to new heights.
A report from the Daily Star once claimed Ronaldo does 3,000 sit-ups a day! I haven’t even done that many sit-ups in my life. In an age where fitness is hugely important in football, Ronaldo has well and truly led the way and deserves huge credit for that.

More trophies and accolades followed, including a second successive Player of the Year award, another Premier League title and a Champions League winners medal in 2008. The continuing success saw a rise in Ronaldo the showman that was also having a positive impact on his team’s results. That incredible strike against Porto in the 2008/09 Champions League quarter-finals sticks out.
Being a former Sporting player, Ronaldo was subject to boos and hisses from the get-go and responded by scoring one of the greatest goals you’ll ever see. Ronaldo received the ball from 40 yards out before rifling it straight into the top corner. It proved to be the deciding strike in the tie as United advanced to the semis.

A dream move to Real Madrid followed in 2009 and he had an incredible nine years which saw him smash the club’s goalscoring record, win four more Champions Leagues and four more Ballon d’Ors.
He’s achieved all the records and accolades under the sun. Coronavirus will be a distant memory by the time you read all of them – his list of achievements is that lengthy.

But his lack of success on the international stage would have bugged him. All that changed at Euro 2016, though.
Portugal made a sloppy start to the tournament, drawing their group opener against minnows Iceland and also drawing their second match against Austria in which captain Ronaldo missed a penalty. A lesser mortal would have hidden away but he was at his best during Portugal’s final group game, scoring twice and recording an assist as they scraped into the knockout stage.
Ronaldo dragged his country all the way to European glory, scoring a crucial goal in the semi-finals against Wales but his fantastic leadership was the most impressive part of his game at that tournament.
Footage shows Ronaldo cajoling teammate Joao Moutinho into taking a penalty during their quarter-final shootout win. An early injury forced him out of the final but he even had an impact when not playing, willing his teammates home behind Portugal boss Fernando Santos as they claimed an unlikely win against host nation France.

That tournament saw Ronaldo add another layer to his game and become the best ever.
He’s skilful, scores goals (many of them from distance), can use both feet, has unrivalled fitness and athleticism, is a strong character and a great leader.
Ronaldo didn’t have all of these when he first started but it’s more important to be remembered for how you’re thought of when you leave the game rather than when you first arrive. The man from Madeira’s unrivalled progress proves he should be remembered as the greatest ever. 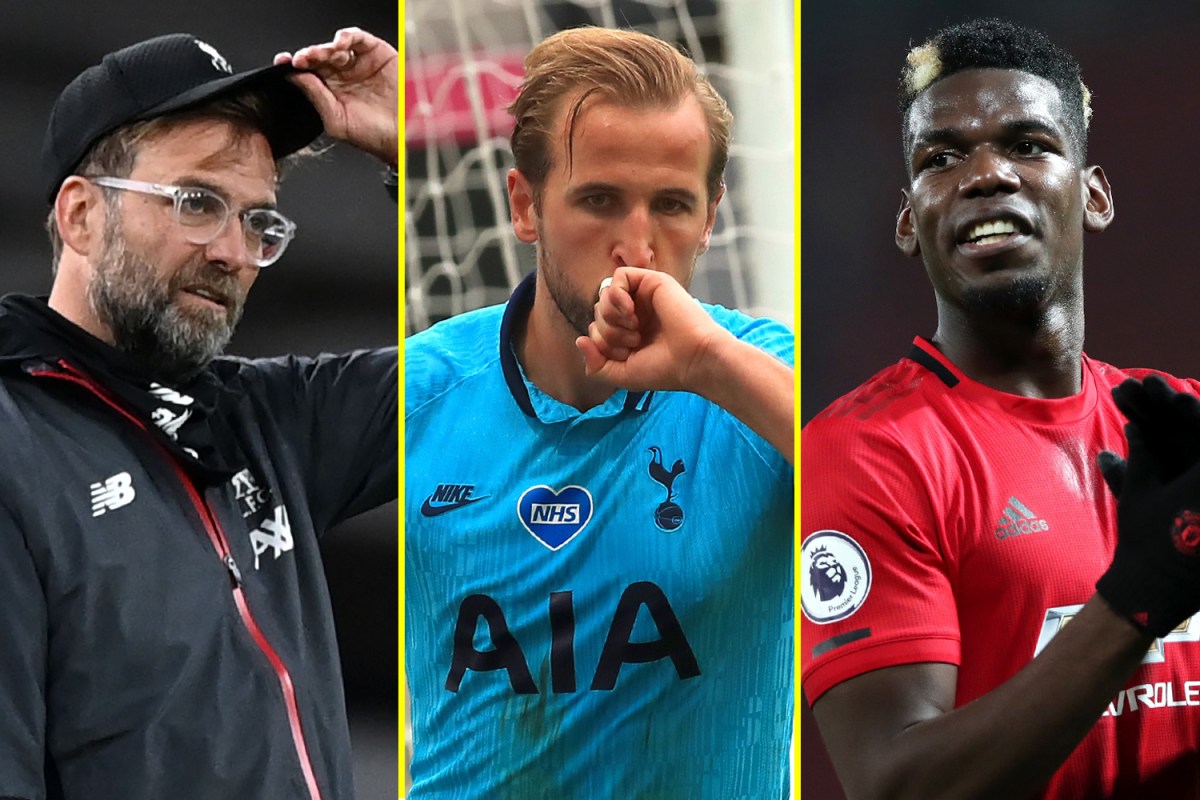 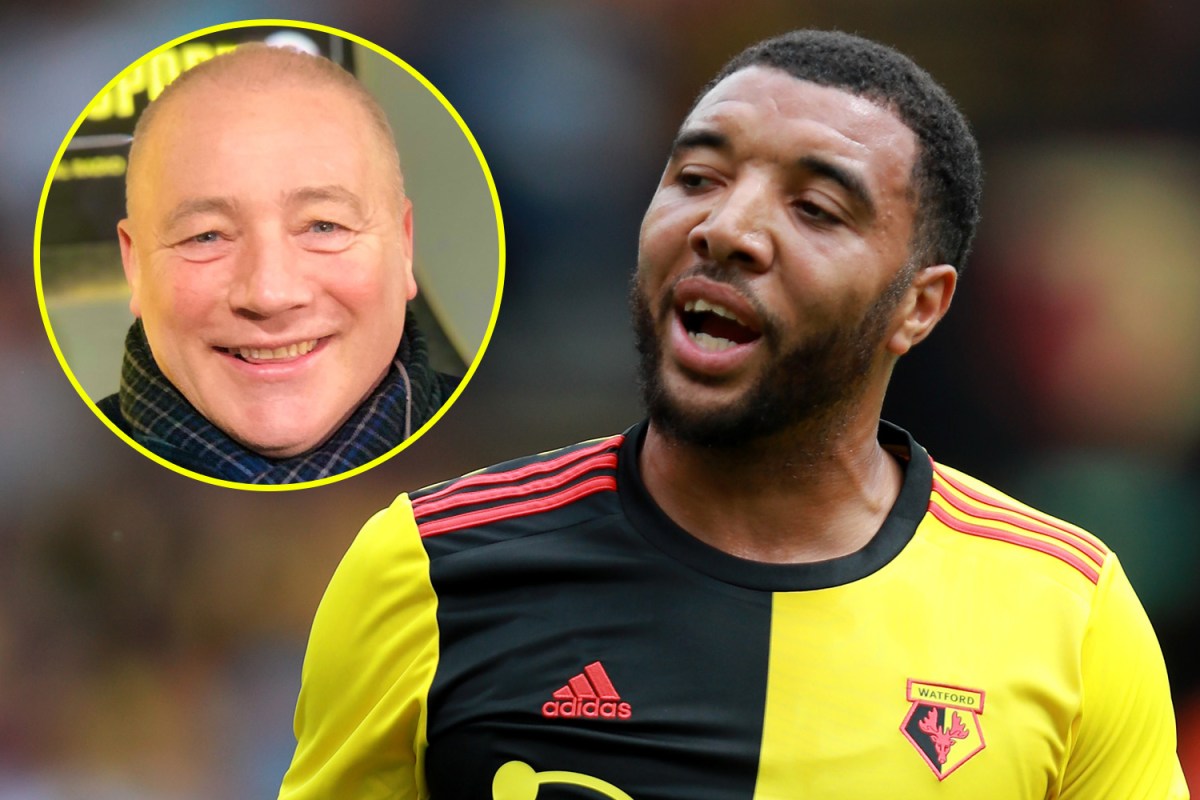