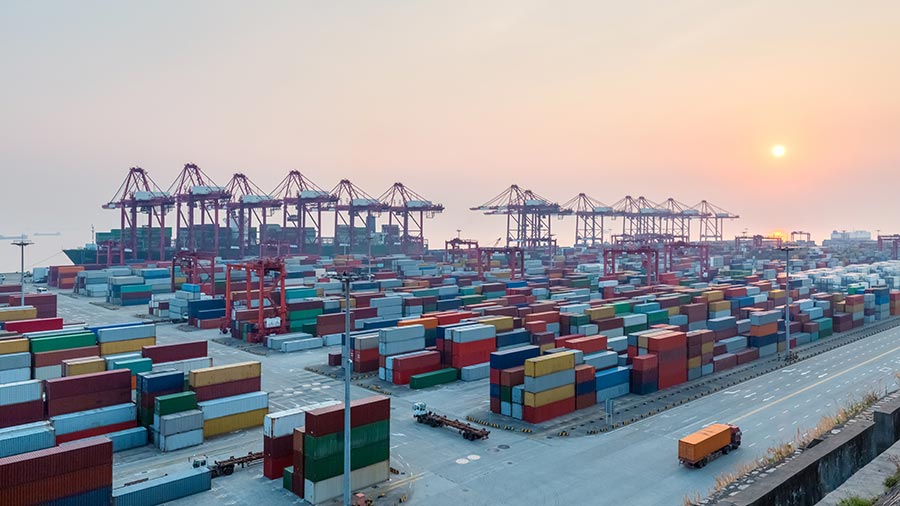 Op/Ed by Chris Devonshire-Ellis
Last Friday, US President Donald Trump announced some form of sanctions would be placed on Hong Kong following Mike Pompeo’s announcement earlier in the week that he no longer considered Hong Kong as being autonomous from mainland China. Trump specifically mentioned that the preferential trade nature of the US-Hong Kong Special Policy Act would be reconsidered.
I discussed this in the article, Pompeo’s Hong Kong Threats Won’t Damage China, but They Will Hurt the US, which laid out how withdrawing support for US business interests in Hong Kong would lessen US influence over China trade, and actively support a relocation of American businesses to Shanghai, where they would be subject directly to Chinese, rather than Hong Kong law.
In this article, I look in greater detail as to how China has already begun positioning Shanghai and the Lingang New Area as a potential successor for Hong Kong as an international financial hub. It should be noted that Shanghai Free Trade Zone covers an area of 240 sq.km – roughly 25 percent of the total area of Hong Kong – yet significantly larger than the Hong Kong financial district and related ports and customs facilities. China is ahead of the game here and if sanctions on Hong Kong become a reality, Beijing has an immediate, readymade solution at hand.
New policies introduced by China in the Shanghai Free Trade Zone (FTZ) to expedite foreign trade, including financial arrangements, customs and improved administration procedures, are helping foreign investors in China sell their China-manufactured products to Belt and Road (BRI) markets. So much so that the FTZ allows products manufactured elsewhere in Asia to be exported via the zone to the buying destination.
One example of new trade services involving Shanghai is Volvo Construction, who recently shipped two excavators from its South Korea factory to Nigeria, considered to be part of China’s BRI. The machinery itself did not go through Shanghai, but all the paperwork, including orders, capital transfers, and insurance, were arranged in Shanghai.
“Previously, policies here meant that we had to do offshore trade through Volvo Asia in Singapore,” said Zhan Xu, Vice Chief Executive of Volvo Construction Equipment in China.
Cross-border trade services in the Lingang New Area
The Lingang New Area was set up last year as part of the Shanghai FTZ and is designed to create a cluster of multinational headquarters to develop deeper international trade. In essence, the new development facilitates offshore trade, integrating corporate headquarters with international finance. For Shanghai FTZ, the aim is to attract multinationals to establish headquarters in Shanghai and conduct supply chain management there.
This means that the Shanghai FTZ is an attractive option to relocate corporate back office service functions, including legal affairs, tax, and audit operations, to Shanghai from other Asian locations, as it is now capable of offering more inclusive and less costly solutions to trade administration.
New local financing opportunities
Chinese and international commercial banks are now permitted to establish financial asset investment companies in Shanghai. Such financial asset investment companies will be enabled to establish specialized investment subsidiaries in the city to invest in equities of key programs in the Lingang New Area and the Yangtze River Delta.
Financial institutions and large technological enterprises are now encouraged to start or invest in fintech companies in the Lingang New Area to explore the application of new technologies, such as artificial intelligence (AI), big data, cloud computing, and blockchain in the financial sector.
Cross-border RMB finance and trade
Banks operating in the Lingang New Area may directly handle RMB settlement in cross-border trade. The cross-border RMB income obtained from foreign direct investment (FDI), cross-border financing, and overseas listing may also be directly used for payment within China.
Developing cross-border finance and developing Shanghai’s financial sector
Selected foreign institutions can partner with Chinese commercial banks to set up wealth management entities in Shanghai. (Under the new Foreign Investment Law, companies won’t be distinguished as joint ventures or wholly foreign owned enterprises. They will be just limited liability companies or joint-stock companies.)
Foreign companies will be supported to set up wholly foreign-owned life insurance firms and establish or control securities brokerages and fund management firms in Shanghai. Mature overseas financial institutions can be approved in investing and holding shares in pension management companies in the city.
Asian treasury management services
MNCs are now encouraged to set up global or regional fund management centers in Shanghai. The fund management center may, upon approval, trade in the inter-bank foreign exchange market. Shanghai intends to further liberalize its bond market, facilitate the registration process for foreign investors, as well as develop foreign exchange derivatives, including RMB interest options.
Liberalizing China’s financial services industry
China is pledging to open its US$44 trillion financial industry, likely in response to criticism for it having been a one-sided beneficiary of global commerce. Over the last two years, Shanghai has reported 48 opening-up projects to the state financial supervision and regulation departments – covering banking, securities, funds, insurance, and asset management. Among them, a batch of landmark projects have been launched in Shanghai:

Immediate foreign trade impact
China’s official statistics show that last year (2019), Shanghai added 6,800 new foreign investment projects, up 21.5 percent on the previous year. The contractual foreign capital amounted to US$50.25 billion, showing 7.1 percent growth. Actual realized foreign investment reached US$19.05 billion, an increase of 10.1 percent year-on-year.
This year, under China’s Foreign Investment Law, Shanghai released 36 additional measures to open up financing services to foreign investors. Some have gone under the radar due to the COVID-19 outbreak; however, to date these have realized an additional 81 foreign investment projects that have been signed off in Shanghai, with a combined FDI value of over US$9 billion.
Shanghai trade advantage in a competitive 2020 environment
The Lingang New Area could reposition itself as the focal point for cross-border finance and trade across Asia. Far more access to Chinese finance, coupled with a solid and comprehensive understanding of how international trade administration works along all elements of the transaction process, is finally allowing China to move into a modern cross-border trade administration.
While I don’t see Trump carrying out in full his threat to rip up the US-Hong Kong Policy Act, he will impose some restrictions. These could of course be reversed by a new US president should Trump lose his re-election bid at the end of this year. Nonetheless, foreign investors should be contacting their Shanghai-based consultants for examination of potential cost and time savings in their cross-border business and supply chain modelling in the event of a clampdown in Hong Kong and assess the Shanghai FTZ and Lingang New Area as potential substitutes.
This article first appeared on Silk Road Briefing on May 28, 2020 and has been updated to include recent developments.
Related Reading

China Briefing is written and produced by Dezan Shira & Associates. The practice assists foreign investors into China and has done so since 1992 through offices in Beijing, Tianjin, Dalian, Qingdao, Shanghai, Hangzhou, Ningbo, Suzhou, Guangzhou, Dongguan, Zhongshan, Shenzhen, and Hong Kong. Please contact the firm for assistance in China at china@dezshira.com.
We also maintain offices assisting foreign investors in Vietnam, Indonesia, Singapore, The Philippines, Malaysia, Thailand, United States, and Italy, in addition to our practices in India and Russia and our trade research facilities along the Belt & Road Initiative.